For parents, flying with babies can be an exhausting task.

When a baby starts crying on a flight, there's not much mums and dads can do.

And while the majority of us know this and sympathise, it doesn't change the fact that being sat next to a screaming baby can sometimes make the journey a little longer.

So one airline has given passengers the chance to avoid sitting next to babies during flights.

Not only does it make things easier for those who want a quieter journey, it also lets parents know they're sat next to slightly more sympathetic passengers on-board.

Japan Airlines has launched a new seat map for passengers booking a flight which features a 'baby icon', flagging seats which have already been booked for infants.

It was spotted on Twitter by user Rahat Ahmed who tweeted a screenshot of the booking system.

He then applauded Japan Airlines "for warning me about where babies plan to scream and yell during a 13 hour trip."

However the tweet sparked a bit of a debate online, with some praising the airlines and others pointing out that adults can be just as bad as children.

One user argued: "They are babies as we all once were. We need to learn tolerance or will soon start needing a map of seat locations for mouth breathers, droolers, farters, drunks, and perhaps a lot more things in life. What ever happened to life's surprises?"

However, Rahat later tweeted again after the tweet sparked a bigger response than expected.

He said: "Since this blew up quite a bit: 1/ Adults can be just as bad as babies. 2/ Empathy is important and every situation is different.

"3/ Where babies sit can be one of many indicators that help travelers plan flights.

"Ultimately, there are more important things to worry about." 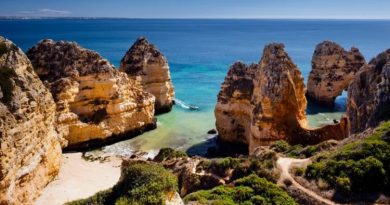 What do I need to travel to Portugal? The 3 things you’ll need before you fly 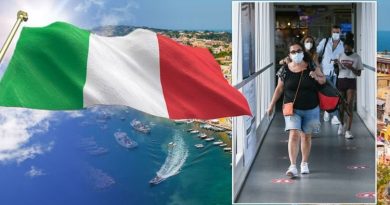 Italy holidays: Major rules Britons need to know before jetting off including quarantine