Karen Smart, managing director at Manchester Airport, said the UK aviation sector is lagging behind the rest of Europe, and according to her, it’s down to the Government to do something about it.

Gatwick has also joined the calls for a change, with Gatwick Airport chief executive, Stewart Wingate, calling on the Government to take action.

Karen said: “We won’t see a proper sustained recovery until the UK overhauls its costly and restrictive travel regime, which is out of step with the rest of Europe.

“UK passengers continue to be subjected to onerous and expensive PCR testing on the basis they will be sequenced to protect the UK from variants of concern, but it is clear this is not happening.”

This came as the latest data showed that only five percent of PCR tests are actually sent for sequencing, bringing into question the need for them.

Karen continued: “Passengers – especially those who are fully vaccinated – will be right to question why they are forced to pay the extra cost for tests which are not being used in the way we were told they would be.”

Manchester Airport has published its latest figures, and its passengers’ levels are 86 percent down in July 2019.

Karen said: “The Government must act urgently to review the system and re-evaluate the need for expensive PCR tests.”

This was echoed by Stewart, who said: “Our Government needs to act now and remove unnecessary and costly PCR testing requirements for passengers, particularly for those double vaccinated.”

Gatwick Airport was badly impacted by Covid and lost £245million in six months.

Stewart added: “UK travel recovery should not be allowed to lag behind the US and Europe.”

The UK travel industry is still struggling, even after the reopening of international borders.

With over three quarters of UK adults double jabbed, many Britons are wondering why PCR tests are still needed, especially since their price is prohibitive.

While the UK has led the way with its vaccination programmes, the rest of Europe has been easier on travel.

Most European countries allow fully vaccinated people to travel between low-risk countries without having to take any tests.

Breaking Travel News reports: “Figures show that Europe’s airports are serving around 59 percent of pre-pandemic traffic, compared to just 28 percent in the UK.

“The latest traffic figures come as data from Airports Council International – Europe (ACI Europe) has laid bare the extent to which the UK is out of step with the rest of the continent in terms of the revival of international travel.”

The UK’s stance on PCR tests has been wildly criticised.

The World Travel and Tourism Council (WTTC) even called on the British Government to pay for them, as it was stopping Britons from travelling overseas.

PCR tests were also found to be more expensive in the UK than overseas, an issue that has raised a lot of questions.

On August 6, Health secretary Sajid Javid wrote to the Competition and Markets Authority (CMA), asking that the cost of PCR tests in the UK be investigated. 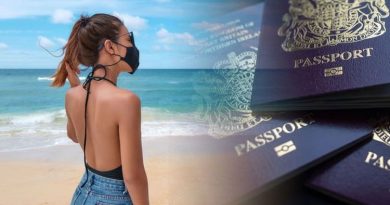 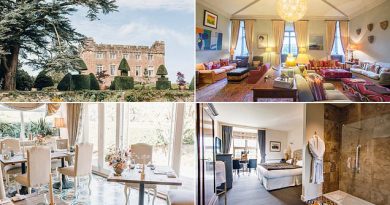 Askham Hall hotel in Cumbria transports guests back through time

48 of the Best Road Trip Destinations in the U.S. for Families