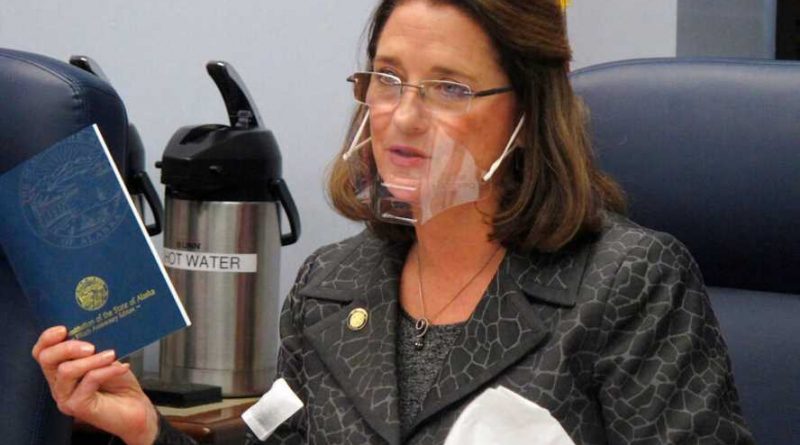 The airline announced the suspension for Reinbold, a Republican, in a statement to the Anchorage Daily News.

“We have notified Senator Lora Reinbold that she is not permitted to fly with us for her continued refusal to comply with employee instruction regarding the current mask policy,” said a spokesman for the airline.

The ban came after a video was posted on Twitter last week apparently showing Reinbold arguing with staff in Juneau International Airport over mask rules.

In the video, an airport official can be heard requesting that Reinbold wear her mask so that it is covering her mouth and nose.

Reinbold in a statement posted on her Facebook page said that “I never received a warning via a yellow card per their policy” and complained that “there was no due process before a temporary decision that is ‘under review’ was made public.”

She said she had been discussing a “mask exemption with uptight employees at the counter.”

“I was reasonable with all Alaska Airlines employees,” she said, and added that she was able to board the flight to Anchorage.

The Daily News reported that Reinbold now faces a tough commute from Eagle River, the region near Anchorage she represents, to the state capital of Juneau.

Alaska Airlines is the only operator that offers daily direct flights between the two cities, a trip that takes around 90 minutes.

Juneau is the only US state capital not accessible by road – only by plane or boat. Journeys from the Eagle River without flying can take up to two days.

In a Facebook post Sunday Reinbold said she was setting off from Juneau by ferry to be in the office for the next day.

“I am keenly aware of the monopoly in air transport to Juneau that needs reviewed! Please thank my husband for giving up his birthday to make a long unexpected trip to Juneau by road/ferry system!” she wrote.

Reinbold has long been an opponent of mask rules and other restrictions meant to slow the spread of the pandemic.

In March she was temporarily barred from most Alaska senate buildings for refusing to follow mask rules and requirements for officials to get a rapid coronavirus test before entering the building, according to Alaska Public Media.

She was removed as chairperson of the Senate’s judiciary committee last week.

Explaining the decision, Senate President Peter Micciche, also a Republican, said that the decision was “entirely based on decorum and the mutual respect that’s expected as we operate in this building.”

Holidays 2019: Spain is STILL the most popular destination for Britons research reveals

The most photogenic vacation spot in every state