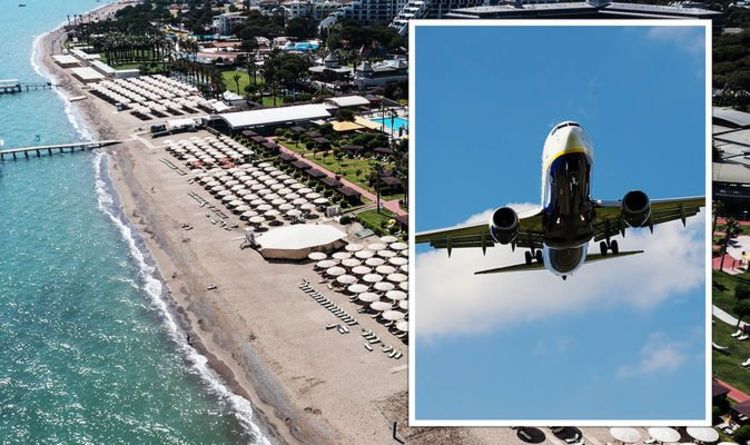 Amber and red lists for travel will be updated by the government this week, allowing tourists to see which countries they can – and can’t – visit over the next month. However, there are some destinations that will still be banned to British holidaymakers, including Russia, South Africa, Turkey, Tunisia, and Brazil.

Any country that remains on the red list are banned to Brits, the government has warned.

If you do have to travel back from any of these countries or territories, you’ll have to quarantine in a managed hotel, while also taking two separate Covid tests throughout the 10-day period.

Russia is extremely likely to move from the amber list to the red list in the next update, experts have warned.

Its Covid cases are nearing its peak for the entire pandemic, averaging more than 20,000 new cases each day.

South Africa is expected to remain on the red list, as it’s in the middle of a third wave of infections.

The country’s number of new Covid cases has fallen significantly over the past few months, and is now recording about a fifth of the UK’s daily new infections.

DON’T MISS
Will Turkey go on the Amber list? ‘Their time is about to come’ [LATEST]
British taxpayers to pay quarantine bill for red-list travellers [NEWS]
Britons to avoid £1,750 hotel quarantine after major U-turn [UPDATE]

But, even if it moves onto the amber list, tourists will still need to quarantine at home on arrival back into the UK if they haven’t had both vaccinations.

On the other end of the spectrum, there’s concern that the Balearic Islands might be relegated back down to the amber list.

The Balerics – including Ibiza, Mallorca and Menorca – moved onto the green list in the previous update.

Brazil still has a remarkably high coronavirus infection rate, and is likely to still be barred to UK holidaymakers.

New daily Covid cases have almost halved since June 25, but that still means there are about 45,000 new cases each day.

The state of Sao Paulo alone reported more than 10,000 new cases over the last 24 hours.

The government reviews the traffic-light system every three weeks in the UK.

The next announcement is scheduled for Thursday July 15, with any changes coming into effect the following week.

Lists are decided based on the percentage of a country’s population that have been vaccinated, as well as the infection rate.

The prevalence of any variants of concern could also push some destinations further down the scale.

Until recently, the government had urged the public to avoid travelling to amber list countries, unless absolutely necessary.

The guidance has now been lifted, meaning tourists can visit their favourite amber holiday hotspots, assuming they have either been fully vaccinated, or are willing to quarantine at home.

The Cheapest Time to Fly to London