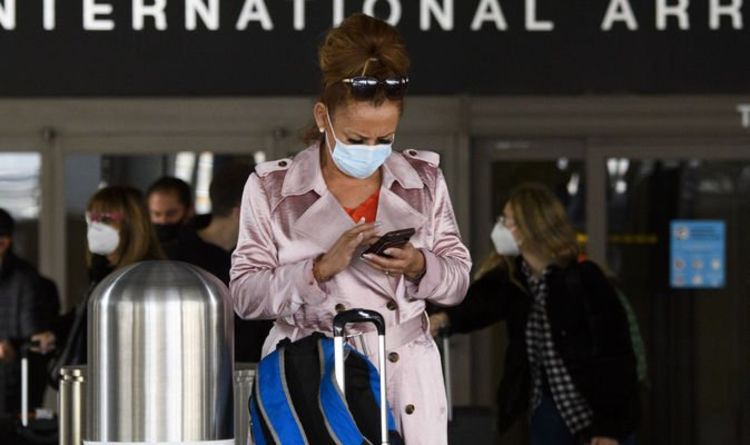 Travel lists created by the Government have guided holidays over the last few months. They exist in three categories that, until recently, came with varying attached restrictions. A “watchlist” sub-category also exists, however, used to indicate when ministers want to tighten the rules.

Can you travel to “watchlist” countries?

For vaccinated people, the amber travel list is currently identical to its minimal measures green counterpart.

They can return from amber listed nations without the need to quarantine and minimal testing.

Between green and amber is the green “watchlist”, a relatively new addition to the roster.

The Government moves countries to the green watchlist as a warning.

Watchlist countries have a growing covid infection rate and may require stricter measures further down the line.

Anyone with a holiday booked to a destination on this list can still travel there for the time being.

But their status may quickly change, and anyone awaiting their second jab may end up having to quarantine for much of their holiday.

Only the green watchlist exists at present, but rumours have erupted around an amber version.

The rumours gathered steam as Spain, which is on the amber list with its constituent islands, experiences a rise in cases.

The country’s infection rate is currently lower than the UK’s but high, with a seven-day average of 23,802.

The Delta variant is dominant there, too, and British authorities likely hope to prevent more cases bleeding over the ocean post-Freedom Day.

Transport secretary Grant Shapps has refused to rule it out, and other ministers have defended the proposal.

Speaking to Sky News today, Matt Warman, the minister for digital infrastructure, said it would allow people to make informed decisions with the watchlist.

He added people have to bear in mind that “other countries are in a range of other positions.”

Tory backbenchers, Labour and holiday industry experts have all reacted negatively to the prospect.

Paul Charles, chief executive of travel consultancy The PC Agency, told ITV’s Good Morning Britain it would be a “disaster”.

She said: “What we’ve said for months as the Labour party is that the Conservative Government need to be open and transparent, they need to be actually publishing the data that they’re taking their decisions on.

“They need to be also seeking that agreement around vaccine passports internationally that they’ve said they’re trying to do, but we’ve seen no evidence of progress there.”

Hand luggage: Travel with this to beat cabin luggage rules – experts swear by it