American Airlines has reversed a policy change that would have prohibited some motorized wheelchairs on smaller regional jets due to their weight.

American had previously set a weight limit of 400 pounds on its Embraer and 300 pounds on Canadair regional jets.

That created a problem for passengers who use motorized wheelchairs, which can often exceed 400 pounds due to the heavy batteries they need to operate.

American only uses regional aircraft at more than 100 airports nationwide.

John Morris, an advocate for travelers with disabilities, wrote in a late October blog post that when he checked in for a flight from Gainesville, Florida, to Roswell, New Mexico, via Dallas, American wouldn’t let him board with his motorized wheelchair, which weighs 450 pounds.

Morris wrote that he had flown 50 flights with a motorized wheelchair, including 21 times on American. 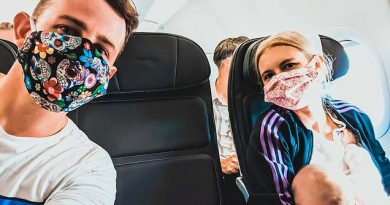 'I travelled internationally all year without catching Covid'