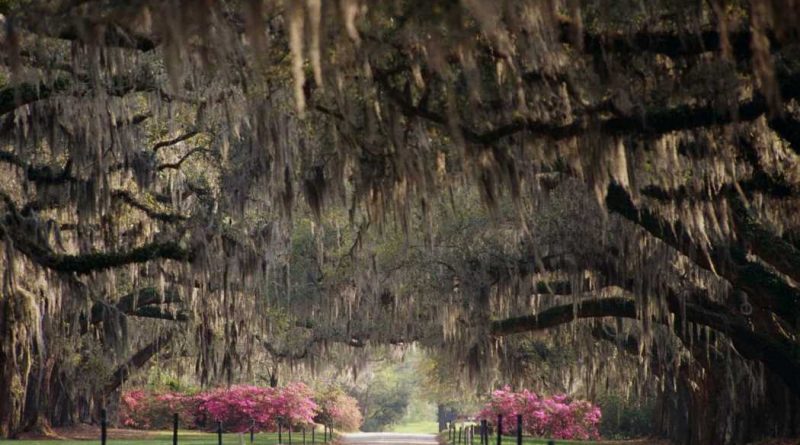 Wormsloe is often cited as one of Savannah’s top attractions. A quick internet search describes it as a state park, famous for its avenue of oak trees dripping with Spanish moss, under which visitors line up to take pictures and even get married. Tripadvisor reviews call it “breathtaking,” “magical,” and “like a fairy tale.” You’d never know Wormsloe was actually a plantation that ran on the labor of enslaved people.

Many travelers approach plantations, a cornerstone of tourism in the South, as they would parks, museums, or historical sites: a beautiful place to learn something about local history before having a cocktail or going out to dinner. But plantations need to be experienced differently. Black people were enslaved, raped, tortured, and killed for hundreds of years on these lands. They are America’s concentration camps.

Rather than shy away from the painful truth, plantations must expose it. They are a vital educational resource with which to combat modern-day racism.

The institution of slavery “translates into virtually every kind of social and economic racial disparity that you might think of today in terms of education, net worth, health, and mortality,” says Bernard Powers, director of the Center for the Study of Slavery in Charleston and consultant with Middleton Place plantation. “It’s one thing to hear that. It’s another thing to go to a plantation site where you can see where the deed was done, see the implements of oppression, see the chains.”

Plantations are uniquely equipped to offer such an impactful, immersive experience. If such tours no longer existed, Powers says, “we would be far closer to developing an amnesia about what happened in the past, and the way in which the past continues to dog us in the present.”

Visitors are surprised to hear from Toby Smith, the lead interpretive aide at Charleston’s McLeod Plantation, that the descendants of people enslaved at McLeod continued to live there, occupying huts without running water, until 1990. “It begins to sink in how very recent this is,” she says. McLeod’s Black visitorship rose after the murder of George Floyd in May 2020, though Black and white visitors alike are “looking for answers.”

Some people don’t want to hear about slavery when they’re “on vacation,” says Brigette Janea Jones, former director of African American studies at Nashville’s Belle Meade plantation. But the experience can be life-changing.

“For many people, they leave feeling much better than they came, that they faced their fears,” Smith says. However, plantation tours vary tremendously, which poses a problem for travelers as they try to choose which one to visit. Some plantations celebrate the white slave-owning family and the upper-class furnishings of the big house with no mention of the atrocities that occurred there. Others are dedicated to honoring the lives of enslaved people, or are imperfectly working toward that goal.

This quandary also applies to historic houses, colonial attractions, and other slavery-era sites that functioned like plantations, but perhaps don’t look like them at first glance. Savannah’s Owens-Thomas House and Slave Quarters is one of the oldest examples of urban enslaved people’s housing in the South—but it was only in 2018 that “slave quarters” was added to its official name. Because of that, and its city setting, most visitors don’t view it as a plantation, says Bri Salley, marketing and communications manager for Telfair Museums, whose properties include Owens-Thomas. Visitors come primarily to learn about architecture and decorative arts, but receive an education on slavery too, hearing letters from enslaved people about their experience as cooks and groundskeepers.

With so many different types of plantations out there, with ranging emphasis on the history of enslaved people, we’ve created this guide to help travelers navigate their decision-making process. Here are some considerations for your next trip.

Look for plantations that focus heavily on the lives of enslaved people and tell their first-person stories, but more than that, look for plantations that employ Black historians, tours guides, and administrators. Avoid whitewashed storytelling that aims to make the experience more palatable, like tours that revolve around the slave-owning family and the luxurious furnishings of the big house.

Brigette Janea Jones is a fifth-generation Tennessean whose family was enslaved in Tennessee, and she led a Journey to Jubilee tour during her time at Belle Meade plantation, a tour that focused on the lives of enslaved people. She recited narratives recorded from enslaved people, whom she viewed as her own family, and the experience was very emotional for her. Journey to Jubilee began as an exhibit in 2007, but “grew like wildfire” once the tour launched in 2018, and there was a subsequent push not to have such segregated tours as they had been operating before she launched this program.

Jones says part of the solution was to put more Black artifacts, like portraits of enslaved people, inside the big house to acknowledge their role there, instead of regarding it as a purely white space. “White people can do this work,” says Jones about curating an experience that amplifies Black voices. “But Black people should be doing it.”

When Blake Lively and Ryan Reynolds had their 2012 wedding at Boone Hall Plantation, in South Carolina, activists sounded the alarm on the decision. Since weddings are a reliable source of revenue, many plantations are reluctant to give it up, but the practice is both inappropriate and disrespectful, drawing parallels to throwing a birthday party at Auschwitz. Similarly, avoid plantations that promote honeymoon packages, girls getaways, or other recreational products that detract from a serious discussion of slavery.

For Pia Spinner, a descendant of people enslaved in Virginia and the education research assistant at Virginia’s Menokin plantation, this practice must stop industrywide. “No more plantation weddings,” she says, adding that while weddings did happen on plantations, those of enslaved people were often done in secret and went unrecognized. Menokin does not host weddings.

While the revenue may be tempting, a different business model is possible, says Joy Banner, director of communications at Whitney Plantation outside New Orleans. Whitney is famous for focusing exclusively on Black lives, and it does not host weddings or other events that detract from this mission. “There is opportunity to be honest and still have a sustainable business,” she says.

Look for the living descendants of enslaved people

Plantations should collaborate with the living descendants of people who were enslaved on the property. Descendants should have a say in how their family stories are told, how the property is managed, and how the organization interacts with the surrounding community.

Joy Banner is not just an employee at Whitney Plantation—she’s also a descendant of people enslaved on that very property, and she says that descendants are a crucial part of fulfilling Whitney’s mission. Besides herself, descendants occupy various other positions within the organization, including as interpreters and front desk staff.

“You’re gonna need to contact the descendant community,” says Janea Jones, advising other curators to collect the oral histories of descendants when developing their historic interpretations. In addition to working with Belle Meade in Nashville, Jones also worked with nearby Rippavilla plantation.

At Middleton Place, living descendants have joined the board of trustees and contributed valuably to the plantation’s storytelling, says Jeff Neale, director of preservation and interpretation. For years Middleton hosted separate reunions for Black and white descendants, until the first integrated one in 2006, a turning point says Neale, who joined Middleton in 2009. “From what I was told, people were a little worried, but it turned out to be an incredible experience.”

It’s ideal, though rare, for a plantation to give reparations to its living descendants, or allow descendants to have a say in how reparations are administered. Some plantations are working toward this, either in the form of direct monetary compensation or bolstering economic activity in the descendant community.

“The descendants that contribute to the narrative of a plantation should be compensated,” says Banner of Whitney. “What that compensation looks like should be directed by the descendants.” She says plantations should make some kind of direct payout to descendants, though this has not been instituted at Whitney, and the pandemic put big collaborative projects like this on the back burner.

Direct payouts aside, Whitney has fostered some economic activity for the descendant community. Years ago Banner’s sister opened a bakery near Whitney, and after Hurricane Katrina hit in 2005, the business closed. When Whitney opened to the public in 2014 and attracted visitors to the area, the business reopened as Fee-Fo-Lay Café, and it became a place where Whitney visitors could continue their conversations about slavery’s legacy. Descendants starting their own businesses is “the most powerful access that a plantation can give to a descendant community,” Banner says.

Broaden your view of when slavery happened

The story of slavery is not confined to a 250-year period. Plantation tours should discuss the lives of African people before the transatlantic slave trade, the fact that plantations were built on land taken from Indigenous peoples, and the links between slavery, Jim Crow, mass incarceration, police brutality, and other current events.

For Spinner at Menokin, it’s important to acknowledge the murder and displacement of Native peoples to make way for plantations in the first place. “We do bring up the fact that this is Rappahannock land,” she says, adding that there are ongoing discussions about how to better include the tribe, honor its legacy, and have members use the land—to hold ceremonies, for example.

“Our Native American brothers and sisters were here first,” says Smith of McLeod. On her tours, she also traces enslaved people back to their lives on the African continent. She takes visitors down to Wappoo Creek and goes backward in time, by river to the Port of Charleston, by ocean back to Africa, and that opens up a discussion about the diversity of languages and cultures there. This topic is particularly personal for Smith. When her great-great grandmother was a young girl, she was taken away from her family in what is now Ghana, and brought to the United States. Smith says she mourned this familial loss. “Tell the story of who they were before they were captured,” she says. “America only knows Black people as captured.”

Last but not least, it’s crucial to connect the past to the present. Plantations should explain how slavery gave way to rampant lynchings during the Jim Crow era, alongside which police brutality flourished, long before the Black Lives Matter movement of today. During this time, countless George Floyds were killed, many of whose deaths did not spark nationwide protests.

Honest storytelling is fundamental to this entire effort, says Banner of Whitney. “If we are true to what the plantation was about, the difficulty of the labor that was involved, the system of slavery that kept people in prison on this land, rather than treating it like it’s this beautiful southern resort that was just magical for everybody, then we will be able to contribute a huge amount of progress toward racial healing.”