Home » Travel » Arctic Riksgränsen: Come to the land of the ice and snow for skiing’s next frontier

The wild terrain of the Arctic used to be the playground of explorers. But a new crop of high-end heli-ski lodges is turning it into the next frontier for skiers in search of virgin powder and unlimited runs, shared only with resident polar bears and reindeer.

If skiing under the midnight sun feels like a new level in bragging rights, the ambitious Niehku Mountain Villa-with 14 rooms on the border of Norway and Sweden-is a whole different game. Located on the 68th parallel, just north of the Arctic Circle, the lodge is reachable by a 90-minute flight from Stockholm to Kiruna followed by a 90-minute drive along a beautiful, desolate road.

Few adventure bases like it exist: The only comparable options are Deplar Farm in Iceland (which requires private buyouts) and Weber Arctic’s heli-ski operation on Canada’s Baffin Island (where guests stay in a low-frills, community-run hotel). But when it opens this March for its first official season-Arctic skiing is best in the spring-Niehku will aim to raise the bar with a 500-bottle wine cellar, top-of-the-line ski gear including Salomon freeride skis, and multicourse locavore meals.

The tiny hamlet of Riksgränsen-a simple cluster of barnlike buildings straddling the Swedish and Norwegian border, a full 125 miles north of the Arctic Circle-feels like a village pulled from Scandinavian mythology. It was established over a century ago as a customs stop, after the two countries’ navies established a railway line hauling iron ore from the Swedish mines to the Norwegian coast.

Whispers spread of the surrounding mountains, and the first ski lift was installed in 1954; even though it would take three decades to connect the area to Stockholm by road, an unlikely ski scene emerged. Plenty of enthusiasts, it turned out, were willing to make the long train journey from the Lapland town of Kiruna to ski here; the terrain rivals Kamchatka and the Himalayas in terms of remoteness and variety, with a mix of high-altitude, wide-open powder runs and adrenaline-pumping steeps that can’t be found anywhere else.

Today, Riksgränsen features prominently in extreme ski and snowboard films; it’s a stomping ground for freeride ski and snowboard pioneers. And it’s also the preferred place of Johan “Jossi” Lindblom and Patrik “Strumpan” Strömsten, Swedish friends and skiing die-hards-who now own and manage Niehku. Of all the places Lindblom had skied in his years as a mountain guide, from Alaska to the Caucasus Mountains and a decade-plus in Chamonix Valley, he maintains that the best terrain in the world is right in his own backyard.

Niehku is the word the indigenous Northern Sami people of Europe’s Arctic use for “dream”-fitting, since Lindblom and Strömsten considered its existence a pipe dream. For years over drinks they’d joke about what their dream ski lodge would look like; then suddenly, in 2012, it became viable when one of Lindblom’s clients, a Gothenburg-based real estate mogul, proposed the friends build and run a heli-ski lodge that he would finance.

When it opens in March, Niehku will embody the friends’ passions: skiing, great food and wine, cool design, and music. (Strömsten is a former ski racer who has twice been named Sweden’s top sommelier, and the pair once did a stint in a rock band called the National Borderliners.)

The 14 rooms-built into a train line roundhouse from the early 1900s-merge local materials with highbrow comforts. There are oak floors and slate walls sourced from Alta, Norway; custom stone ceramics in the showers; and blueprints of the original building hung above the plush Hästens beds.

Days will begin and end with meals by Strömsten’s wife, who is also a sommelier and runs her own successful restaurant, Krakas Korg, on the island of Gotland. The owners say it’ll be “skiers’ food,” but this is definitely not the lunch-tray chilli or fancy fondue most skiers are used to. Homemade pastries, muesli and yogurt, and eggs made to order provide fuel through the morning. Lunch-packed picnic-style into the back of a helicopter-might be a thermos of reindeer stew and freshly baked breads paired with organic beers from small Swedish breweries. And in the evenings, guests sit down to a multicourse meal that might include Swedish caviar with blackened leek and herb oil paired with a 2011 Vilmart & Cie Grand Cellier Champagne and leg of reindeer from Kiruna with lingonberry sauce chanterelles paired with a 2009 Brunello di Montalcino Castello di Argiano Sesti. (Perhaps unsurprisingly considering Strömsten’s background, the wine cellar is stocked with 500 premium labels including American icons like Harlan Estate, Sine Qua Non, and Colgin-along with some 60 bottles of Domaine de la Romanée-Conti.)

All that food is well-earned: With more than 1 million acres of terrain at Niekhu’s doorstep, skiers can collect more than 26,240 vertical feet in a day, spread across a whopping 60 peaks. (There is one permanent resort there, with six lifts.) Helicopters are ready to go at 9 a.m. and unlike in the Alps, where strict rules limit the number of runs from designated landing spots, here you can basically ski anywhere and everywhere until your legs give out. The only thing stopping you, jokes Lindblom, is the occasional herd of reindeer blocking a track. Come May and June, you can even go back out after dinner and ski powder in the pink midnight sun.

Just because the operation focuses on heli-skiing doesn’t mean it’s restricted to expert skiers. “The variation of terrain and the size of the area ensures that everyone who comes to us gets what they want, regardless of their level and experience,” says Lindblom. “There’s endless enjoyable cruising for the common skier, but also steep faces and technical runs for the expert.”

Ultimately that’s what makes Niehku special: its wide appeal. A lot of lodges have prime locations and over-the-top amenities, but few have owners who not only live and breathe skiing but can also talk cult cabernets while leading you down untracked powder runs.

“Niehku celebrates the simple things in life,” says Lindblom. “We love skiing, but at day’s end we also value the chance to eat and drink well, have a good sauna and a massage, read a book in the lounge in front of the fire.”

Stays at Niehku cost from $4,640 per person for three days and cover semi-private heli-skiing, meals, accommodations, and use of the sauna. Alcohol, massages, and down-day activities such as dog sledding, ice fishing, and snowmobiling cost extra. 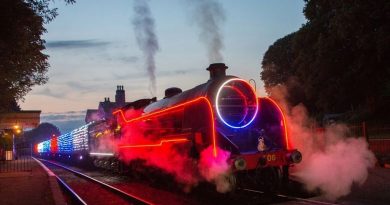 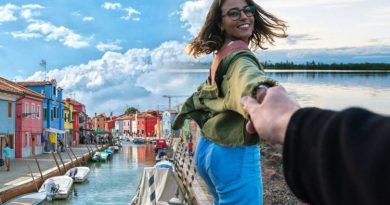 Expats: ‘Happiest’ countries in the world – where did the UK rank? Top 10 list