Home » Travel » At the Denver Curling Center, the action is icy hot. And it’s where you’ll find Paralympians like Pam Wilson. 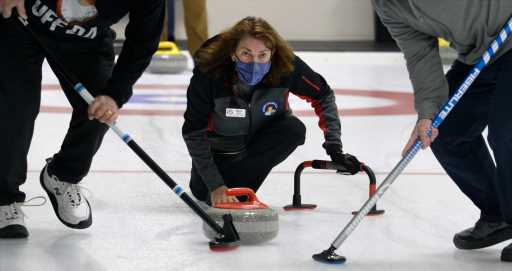 While Denver’s passionate curling community rejoices in TV coverage of the sport at the Beijing Olympics, one member of the Denver Curling Club has been watching with eager anticipation.

Pam Wilson, a doctor at Children’s Hospital Colorado, will soon be competing on those same ice sheets at the Beijing Paralympics, March 4-13. Wilson, who suffered a spinal cord injury in a 1979 automobile accident, curls while seated in a wheelchair, pushing the rocks with a long stick.

“You can’t imagine,” Wilson said of her excitement level. “I probably watch four hours of curling a day. There’s something for me to learn from every game I watch, because you’re looking at strategy, you’re looking at what other people do.”

Before the Denver Curling Center opened in 2014, Denver curlers had to rent ice time at a hockey rink in Littleton and there were only about 150 members, according to the club’s event coordinator and past president, Pam Finch. Within a year after moving into the new facility located between Lakewood and Golden, just north of the Sixth Avenue freeway, the club more than doubled in membership.

“Since then, we have grown to where we’re close to 500,” Finch said. “We’ve increased leagues; we have two draws (rounds of games) a night, Monday through Friday; we have Saturday night leagues; and we have juniors almost all day on Saturday.”

During the first weekend of the Olympics, the Denver club held an open house with 20 one-hour sessions selling out, attracting more than 600 people.

Wilson, 66, participated in other sports, including skiing and basketball, before taking up curling seriously in 2014. Since then, she figures she has pushed 1.5 million pounds of granite while curling. She has already been to Beijing, having competed in the World Wheelchair Championships last October that served as a test event for the curling venue there.

“Curling is one of these skill sports,” Wilson said. “It is physical, but it’s definitely a sport where you get better with every rock you throw.”

When Joyce McLaren enrolled her son, Justin, in a learn-to-curl night for teenagers at the Denver Curling Center almost six years ago, she just thought it was a sport he might enjoy trying. Justin liked it so much he joined a junior league, and it wasn’t long before Joyce McLaren was curling as well.

“I was bringing him every week to the curling club, and on the way home one night, I said, ‘It looks really fun,’ ” McLaren recalled. “He said, ‘Why don’t you try it?’ I did, and I got hooked immediately.”

Now she plays four or five times a week. Justin still plays as well, and her husband took up the sport last year. Like other club members, McLaren looks forward to coverage of the sport at the Olympics, the sport’s quadrennial infusion of mass exposure.

“But I have to admit, as much fun as it is to watch these really awesome players on TV, it’s even more fun to play it,” McLaren said after a game at the curling center last week while a women’s Olympic game between teams from Canada and Sweden played on a nearby TV. “I love this game.”

While curling might appear boring at first glance to some, many find it mesmerizing, a fact borne out every four years when the sport attracts rapt viewership and consumes hours of Olympic coverage. Viewers are fascinated by the movement of the 42-pound rocks on an ice sheet twice as long as a bowling alley, slowly spinning and often curving as their momentum oh-so-gradually runs out. There is strategy — delivering rocks to the scoring rings (called the house), setting up blocks to protect well-placed rocks in the house, knocking out rocks placed by opponents — and, of course, there are those sweepers, feverishly working their brooms to eke out a little more distance or adjust direction.

“I like the fact that it is very physical, and within a short period of time you learn the game. But it takes a long time before you get good and can actually deliver the rocks the way you want,” said Darlyne Handley, 70.  “And it’s something you can do as an older person. If you’re in good health, you can curl.”

Finch, also 70, calls it “a sport for all ages” that allows young and old to play against each other.

“It’s an activity that keeps me going, that I can still do at my age,” Finch said. “I’m retired and can still make shots, still sweep. It keeps you motivated, and the social aspect is a big part of it, particularly as we get older. You want to stay involved. You kind of become family, and that family expands wherever you go in the curling world.”

Kate Pletcher is a member of the curling club at the University of Denver. She and two other DU students ventured out to the Denver Curling Center last week on a snowy night.

“I had actually watched curling in the Olympics in 2018 and I was kind of enraptured by it,” said Pletcher, 21. “I tried it and it’s really fun. I like that you can work on improving yourself, and the team is really fun. You meet a lot of people who are like-minded. This is potentially a lifelong hobby. I could do this however long I want.”

Pletcher, who hopes to pursue a graduate degree in physics, appreciates the laws of motion as they play out in the game.

“There’s a lot of fun things happening with circular motion and linear motion simultaneously,” Pletcher said. “That circular motion, and the direction of the rotation, is what helps it curl. It really is fascinating.”

About 35 kids currently participate in junior leagues at the Denver Curling Center, and eight of them — four boys and four girls — will compete at the under-18 nationals in Fort Wayne, Ind., in March.

“I like that it is a good combination of cerebral and athletics,” McLaren said. “And I like very much that it’s a team sport from beginning to end, every single shot. You can throw a great rock, but you still need your sweepers to judge the weight (momentum of the rock) properly.”

Wilson said she was “hooked” on the challenge of the sport the first time she threw a rock, but that’s only part of its attraction.

“One thing about curling that is really great is that it does not matter what your age is, what your gender is or what your abilities are,” Wilson said. “It’s all inclusive. I play on a regular league on Monday nights, I skip a team of four guys, and they’re all able-bodied. There is a guy in Canada who is 102 years old who is still curling. That’s fantastic. But also, curling has a sense of community. It really is just a big family out there.” 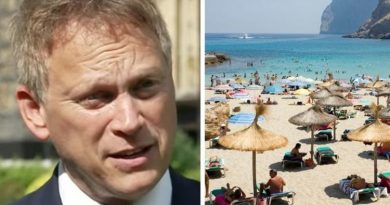 Can I still go on holiday to Majorca and Ibiza? Rules to avoid amber list quarantine