Mr Morrison said there are ongoing discussions with countries such as Japan, Korea, New Zealand and the Pacific nations about opening up Australian borders for travel.

Visitors from “low risk” areas, particularly in North Asia, could also be considered for entry to Australia, with appropriate quarantine arrangements, he said.

Australia is marking three days without any COVID-19 community transmission.

Mr Morrison said the country will “proceed cautiously” when it comes to lifting international borders.

“There are countries that are doing obviously far better than what we are seeing of course in Europe and the United States,” he told reporters on Tuesday.

“We continue to hold these discussions with countries like Japan, we have had them before with Korea, the Pacific nations, of course, New Zealand has already been open for travel into Australia without quarantine arrangements.

“Out of many parts of Asia, particularly in North Asia, places like Taiwan and I would also say parts and provinces of China, Singapore, we are looking at what alternative arrangements could be had to channel visitors through appropriate quarantine arrangements for low risk countries.

“That is a process that other countries are doing as well. We are open to that but we have not come to a point of decision on that.”

Mr Morrison said the issue of international borders will be discussed again on Friday.

“Not to the point of a decision on that, but I think to further assessment where things are at.”

Southwest Airlines Hopeful to Begin Service to Hawaii in Early 2019 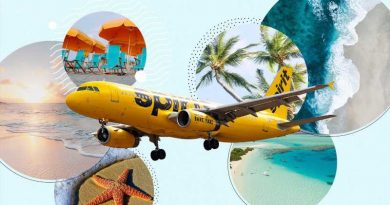