Home » Travel » Australia: Strongest earthquake in more than 30 years hits country – is it safe to travel?

Australia has been rocked by a 6.6. magnitude earthquake today – the strongest in more than 30 years. The earthquake struck at 6.39am BST (2.39pm local time) west of Broome in Western Australia – a popular beach holiday resort. The tremor off Kimberley coast was so strong it shook items off shelves and sent people running outside for fear buildings would collapse. It equalled the magnitude of a 1988 earthquake recorded in Tennant Creek, Northern Territory.

“As it stands for as long as today, it is the biggest-equal earthquake in Australia ever recorded,” GeoScience Australia duty seismologist Dan Connolly told The Guardian.

So how safe is it for Britons to travel in Australia amid the huge earthquake?

There were no immediate reports of damages or casualties and the weather bureau has said there is no threat of a tsunami to the Australian mainland, islands or territories.

The UK Foreign and Commonwealth Office has not yet updated its travel advice to Australia.

At least four aftershocks have been reported following the earthquake, ranging from 3.8 to 5.2 magnitude.

Derby resident Jody Gaunt was having a beer with friends when they felt the first earthquake. 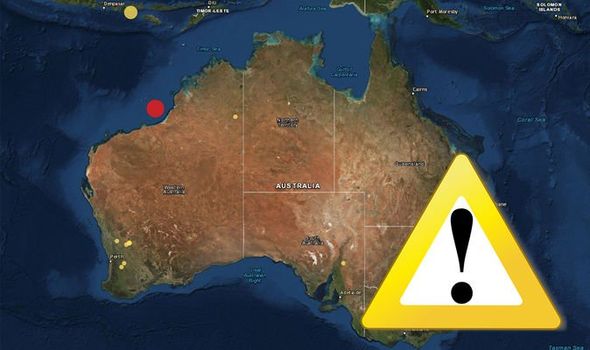 She told The Guardian: “We were sitting outside and our chairs were rocking. The trees stopped moving and the breeze stopped blowing.

“We were thinking, ‘Is this real or not real?’ We’ve never had an earthquake up here, or a tremor.

Journalist Tex Reeks posted on Twitter: “A staff member from Matso’s Restaurant said ‘it was shaken like crazy,’ as they evacuated diners.

“Products were also knocked from Broome Woolworths shelves. Reports of tremors being felt in Perth.”

The Roey Hotel employee Cindy said she saw cars moving in the earthquake. She said: “I was outside and I just saw the cars moving. It was a bit scary. You could see them moving. 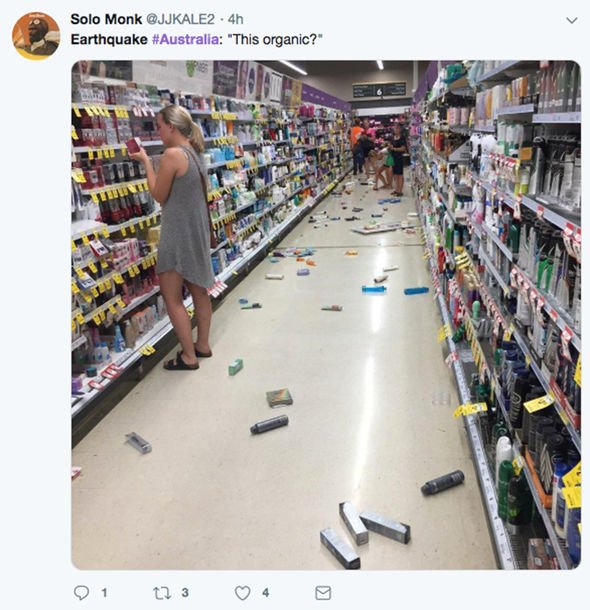 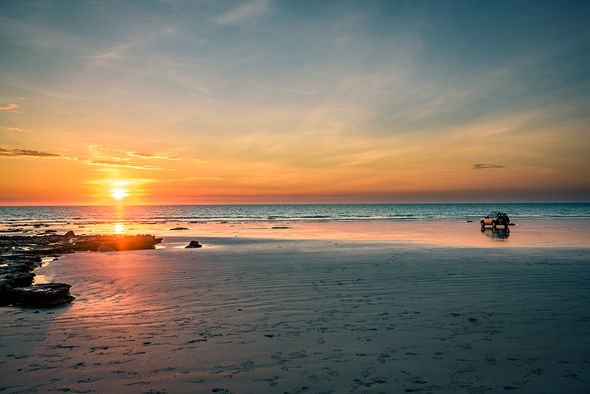 “A few things fell off the walls onto the floors. It just went for a few seconds.”

One Broome resident tweeted: “We just had an earthquake in Broome! The whole house was shaking and it went for ages. Never experienced anything like it before – quite amazing!”

Another Twitter user posted: “Just witnessed an Earthquake in Broome… whole grandstand was shaking and people darting away and onto the track.

It is likely aftershocks will decrease in size and happen further apart as time passes, Phil Cummins, a geologist at Government’s GeoScience Australia, said.

According to the FCO, over 670,000 British nationals visit Australia every year. Most visits are trouble-free.

Flights: Worst airports in the UK revealed – can you guess which came bottom?