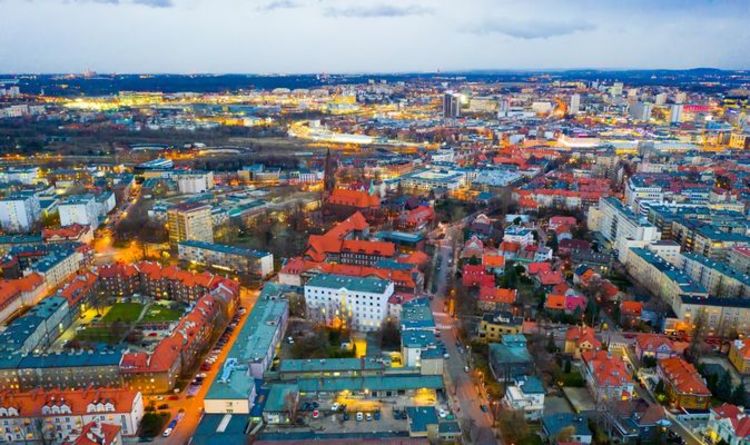 Many of this year’s cheapest Europe city breaks are in Eastern Europe, with nine of the top ten best value cities located there. City breaks are the most popular overseas holiday choice in the UK, with one in five Britons planning to take one in the upcoming months.

Tirana, the capital of Albania, was the best value city in Europe at £132 for a bargain break.

The price was judged for 12 typical city break items, including a meal for two with wine, two nights three star accommodation, sightseeing and city transport.

Tirana was a third of the price of a holiday in one of the highest priced cities in Western Europe.

The capital city of Albania offers colourful architecture and historical landmarks while tourists can also take a cable car for fantastic views from nearby mountains.

In second place was Katowice in Poland, estimated to cost £164 for a bargain city break. Katowice has a fantastic art scene with plenty of street art to admire.

Vilnius, capital of Lithuania, was in third place, costing £166 for a bargain break. The city is known for its charming UNESCO protected Old Town and popular craft beer.

All of the top three bargain cities in Europe can be reached by direct flights on low cost airlines from the UK.

The next three best value cities were the more well-known destinations of Riga, Warsaw and Zagreb.

In the top ten for the first time were Budapest, Bratislava and Krakow. Budapest was cheapest of the three at £214 for a weekend city break.

Bratislava, capital of Slovakia, came in at £217. The city offers fantastic views of the Danube and a sweet Old Town.

Krakow was the third cheapest city break in Poland costing £221 for a visit to the popular destination.

But not all the top ten spots were held by cities in Eastern Europe. Lisbon also made it in the top ten as a fantastic value city break.

Lisbon was estimated to cost £180 for a city break and was by far the cheapest spot in Western Europe.

Prices in Lisbon were far cheaper than other popular Western Europe city breaks such as Amsterdam (£379) and Venice (£382).

Costs have fallen in over 40 percent of cities for British tourists as the pound is a lot stronger than it was a year ago.

Nick Boden, Head of Post Office Travel Money, said: “Sterling is currently stronger against every European currency than a year ago, which has had a positive impact on prices abroad.

“However, the wide price variations we found means Britons planning city breaks would be wise to do their homework and consider the costs they will incur abroad as well as the exchange rate.

“Comparing costs for accommodation, food, drink and sightseeing in different cities could save them hundreds of pounds.

“Holidaymakers are likely to incur a wide range of costs on a city break so our advice is to budget carefully and change enough travel cash before leaving home so you have sufficient spending money to cover these.”