In response to the crash of a Lion Air plane in Indonesia last week, Boeing is warning pilots about possible erroneous data from a key sensor on its 737 MAX planes.

According to Reuters, investigators handling the deadly crash of Flight JT610 found one of the angle of attack sensors on the new Boeing aircraft provided incorrect readings. The sensor issues can cause the plane to go into an aerodynamic stall.

Boeing is working with airlines to work out procedures for pilots in the event that damaged sensors on the fuselage skin provide faulty data. The procedures were implemented to help avoid similar incidents in the future.

The updated procedures only apply to the over 200 Boeing 737 MAX planes currently in service around the world. The Federal Aviation Administration is expected to weigh in on the service bulletin and possibly issue an airworthiness directive of its own.

Investigators recently found the Lion Air plane’s flight data recorder, which revealed it had flown with a damaged cockpit indicator for its last four flights. Teams are still searching for the cockpit voice recorder in the wreckage.

All 189 passengers and crew members died in the Indonesian crash. 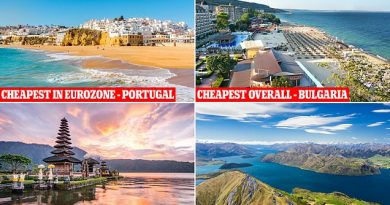 The Algarve is the cheapest Eurozone destination for Britons

21 Swimming Holes So Magical You Won't Believe They're in the U.S.