Home » Travel » Britain at its best: The joys of Matlock Bath in the English Alps 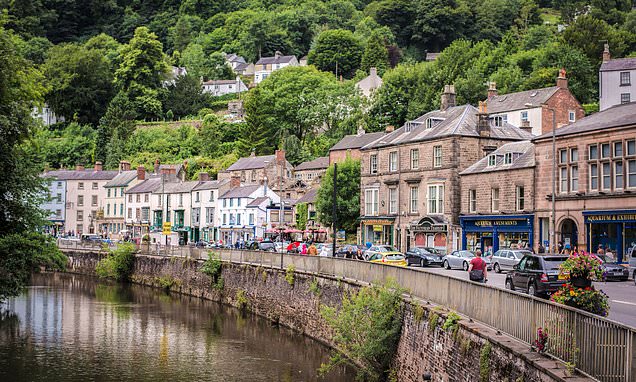 Britain at its best: The joys of Matlock Bath, which nestles amid the English Alps (and there’s even an Alpine-style cable car system)

Lord Byron was known to get out and about — and he reserved a special fascination for the Heights of Abraham.

‘I can assure you there are things in Derbyshire as noble as Greece or Switzerland,’ he wrote to a friend.

Back in the early 19th century, the Romantic poet would either have walked up the steep serpentine paths, surrounded by vegetation, or more likely, made it to the 1,111 ft summit on horseback or by donkey. Today’s visitors have it easier, with the aid of Britain’s first Alpine-style cable car system, installed in 1984. 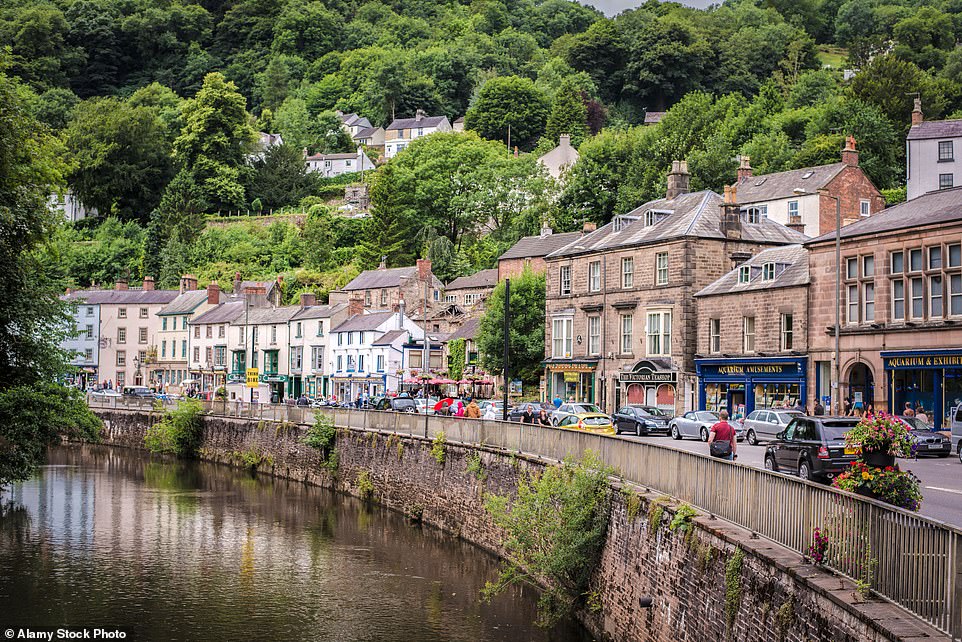 The Heights of Abraham in Matlock Bath on the south-eastern edge of the Peak District were named after their alleged similarity to the place in Quebec where the heroic General James Wolfe died in battle in 1759.

They have been delighting visitors since first opening in 1787, not just because of what lies above ground but their subterranean treasures, too. In addition to the lovely panoramas over the Derwent River valley and 60 acres of well-trailed park, gardens and woodland, there are also two caverns to explore, both former lead mines.

After a warming lunch and pot of tea in the Vista Restaurant, I head first to the Great Masson Cavern.

Following a safety briefing, our guide, Bradley, explains the history of Derbyshire’s carboniferous limestone caves and how they were formed by acidic rainwater seeping through the porous rocks millions of years ago.

He leads us through tunnels into the ‘Grand Chamber’. As the lights are switched off and only four electronic candles remain, we could imagine what it must have been like for lead miners toiling here years ago. Apparently, the Victorians held romantic evening suppers in the Grand Chamber accompanied by music. 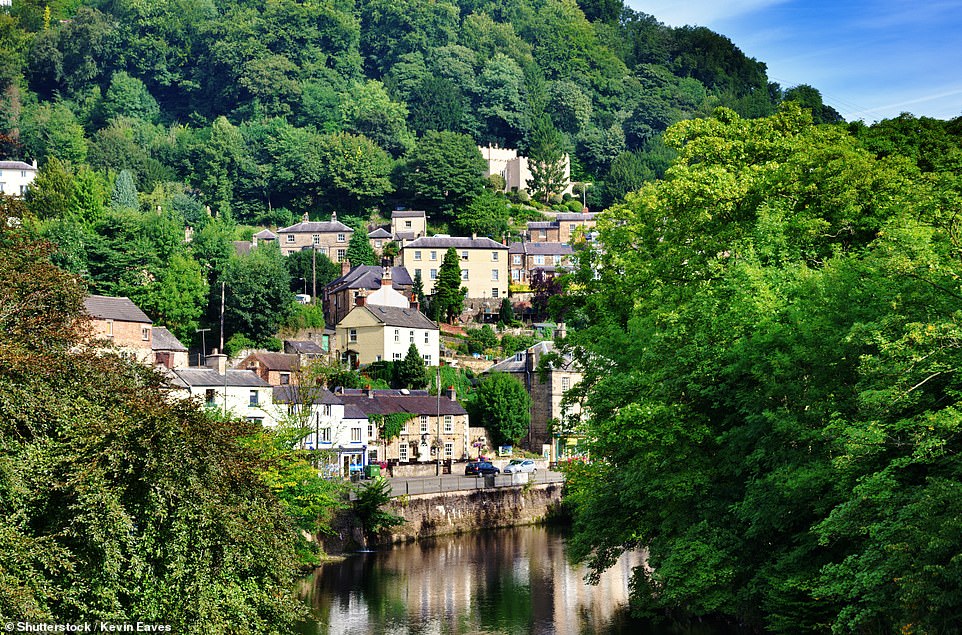 ‘You really do hit the heights, and some equally fascinating depths, at Matlock Bath,’ writes Neil 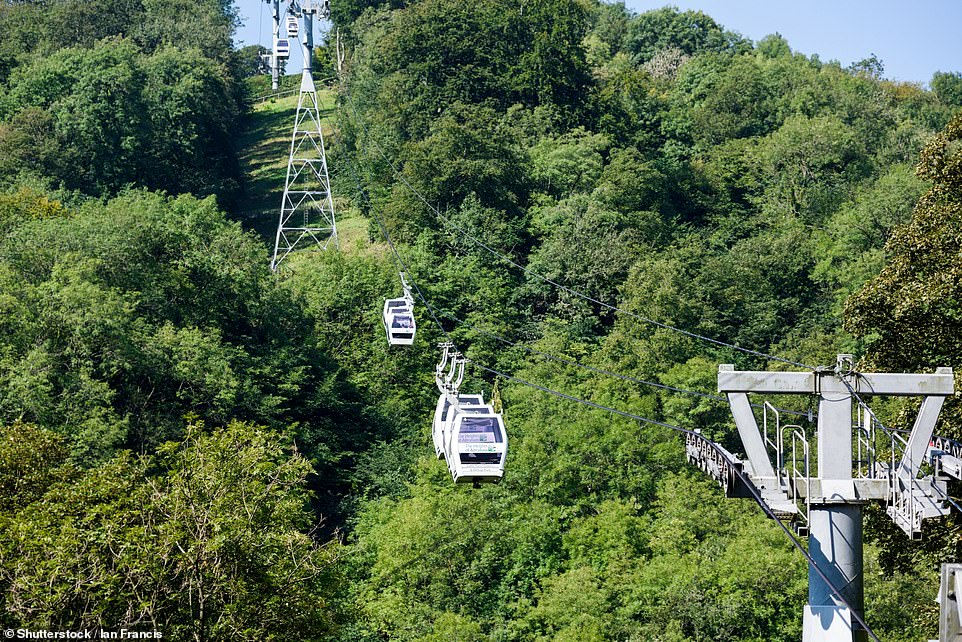 Britain’s first Alpine-style cable car system, installed in 1984, allows visitors to ride up to the Heights of Abraham 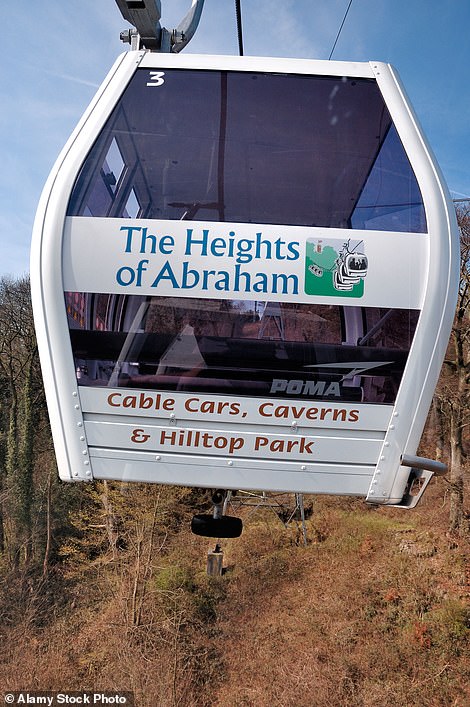 Mining for lead began on Masson Hill in the 15th century, including in the smaller but no less magnificent Great Rutland Cavern, which first opened to the public in 1810.

Children, who were able to crawl into small crevasses, were sent down as young as six. As the lights go out again, John, a 17th-century miner, describes his daily routine. Eight hours a day digging for lead with hand tools and only candles for light doesn’t sound like fun. But our guide tells us it was the women who washed and sieved the ore who had the more dangerous job, given the toxic substance.

After an hour underground, it’s good to resurface and take in some of the spectacular views. Like Lord Bryon, I am reminded of the Alps with the sight of Matlock Bath, down in its deep and narrow ravine and with its cliff-top background.

The parade is full of interest, with amusements, an ice cream parlour and old-style confectionery and speciality shops, which don’t seem to have changed since the Victorian Age when the town was known as the ‘metropolis of hydropathy’ on account of its spas.

Opposite, there’s a riverside park, with a ‘Lovers’ Walk’, a 19th-century bandstand and a yellow cast-iron bridge built in 1887 for Queen Victoria’s Silver Jubilee.

Those first intrepid Georgian tourists were right to be so enthusiastic about what they had discovered. Because you really do hit the heights, and some equally fascinating depths, at Matlock Bath.

B&B doubles at the New Bath Hotel and Spa (newbathhotelandspa.com) from £129. Heights of Abraham tickets £22 for adults and £15 for children (heightsofabraham.com).

How to Make Family Travel Relaxing (for Everyone)