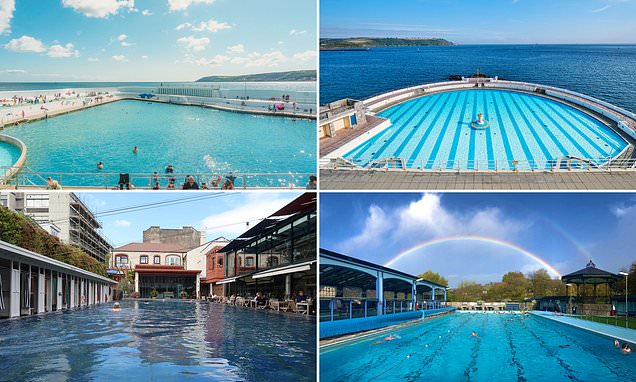 Take the plunge at Britain’s best lidos, from a semi-circular Art Deco gem in Plymouth to a 1930s heated pool in the Peak District

Every week our Holiday Hero Neil Simpson takes an in-depth look at a brilliant holiday topic, doing all the leg-work so you don’t have to. This week: Britain’s best outdoor pools.

The turnstiles at England’s outdoor swimming pools will – hopefully – spin again from March 29 as lockdown rules ease. Pools in the rest of the UK are planned to reopen soon afterwards.

However, numbers of swimmers will be limited to ensure social distancing, so to book a session as soon as they become available sign up now to your chosen pool’s website or app. 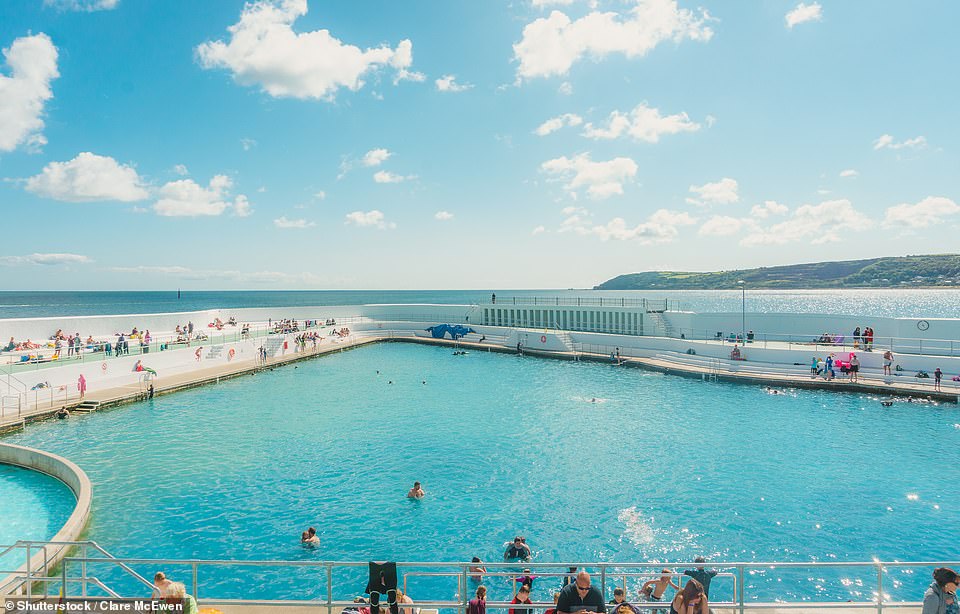 On your marks: General admission tickets for Jubilee Pool in Penzance, above, are on sale now via its website

The first lido off the mark is Jubilee Pool in Penzance. Jump in and swim surrounded by the beautifully restored Cubist-style architecture of the complex.

Serious swimmers in East London can head to Hackney for 50m laps at the Olympic-sized London Fields Lido.

Built in 1932, steam rises from the heated water while the jaunty reds, blues and yellows of the poolside lockers add a nautical flavour. 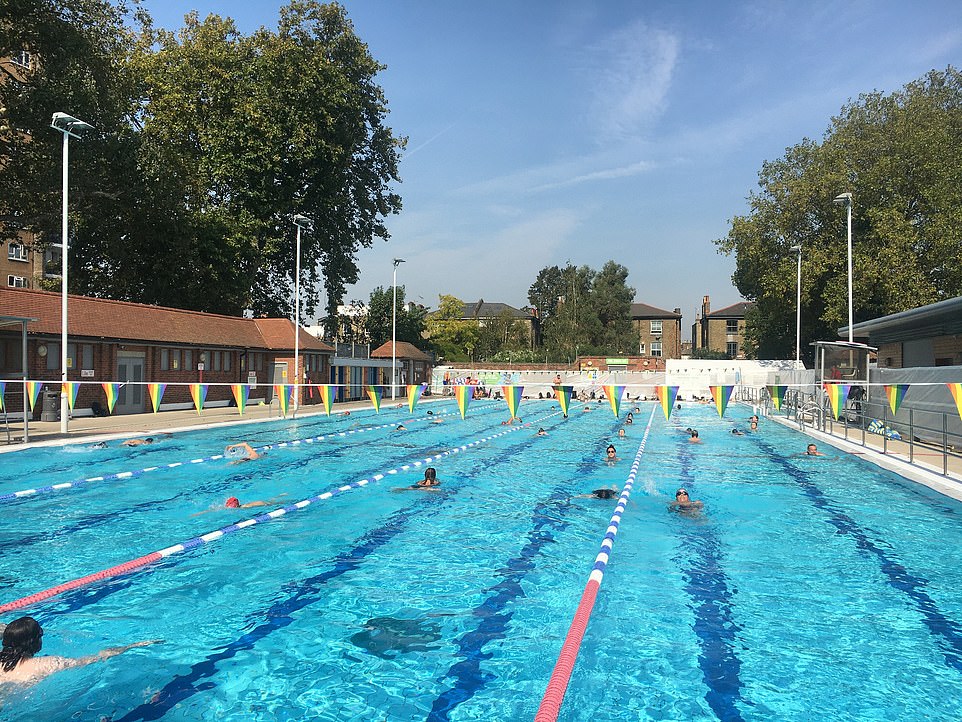 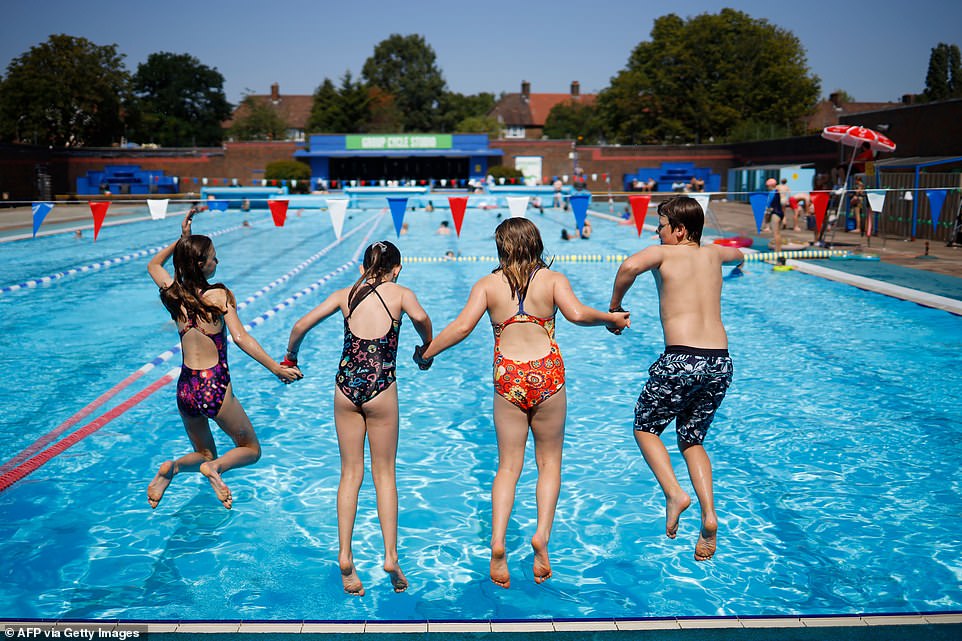 Jump to it: Book early for pools such as Charlton Lido, above, as social distancing rules will limit numbers

Book swims at better.org.uk where there are also details of the 50m heated Charlton Lido, south of the Thames in Greenwich.

Egypt is in the air in Bristol where motifs from the country’s temples are set amid the restored Victorian grandeur and modern extension of the city’s lido buildings.

Bristol Lido was opened in 1850 and in the 1930s was the first in the country to be heated by electricity. As the lockdown rules relax, spa treatments will also be offered. Find out more at lidobristol.com or go to the pool’s sister site thameslido.com for heated outdoor swims in Reading.

Holidaymakers heading to the Peak District this summer could pop along to Hathersage, known as ‘the little village with the big attraction’ – the attraction being a 30m heated pool complete with a nearby bandstand that dates back to 1936. 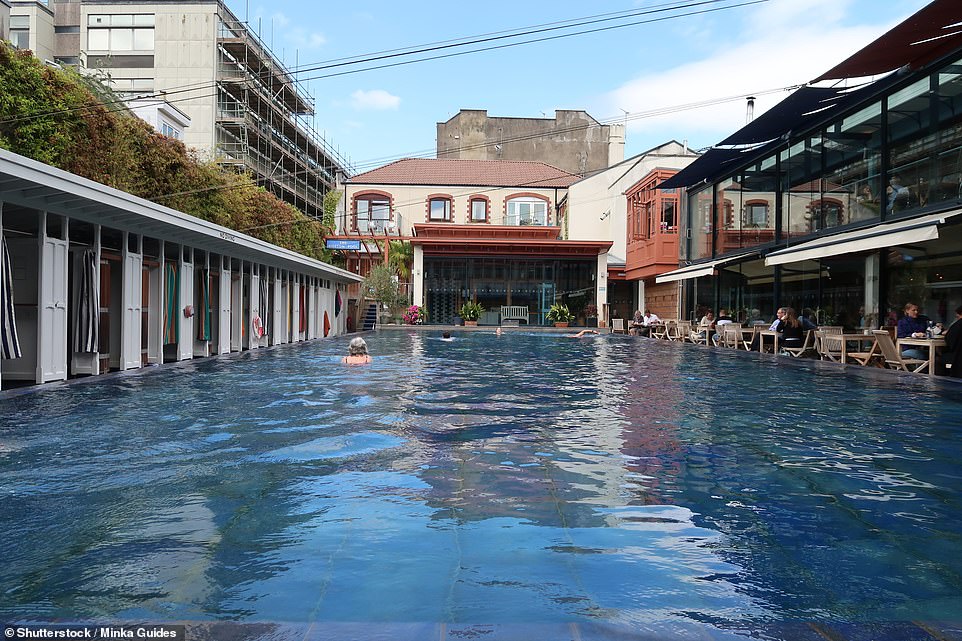 Bristol Lido, pictured, first opened in 1850 and in the 1930s became the first in the country to be heated by electricity 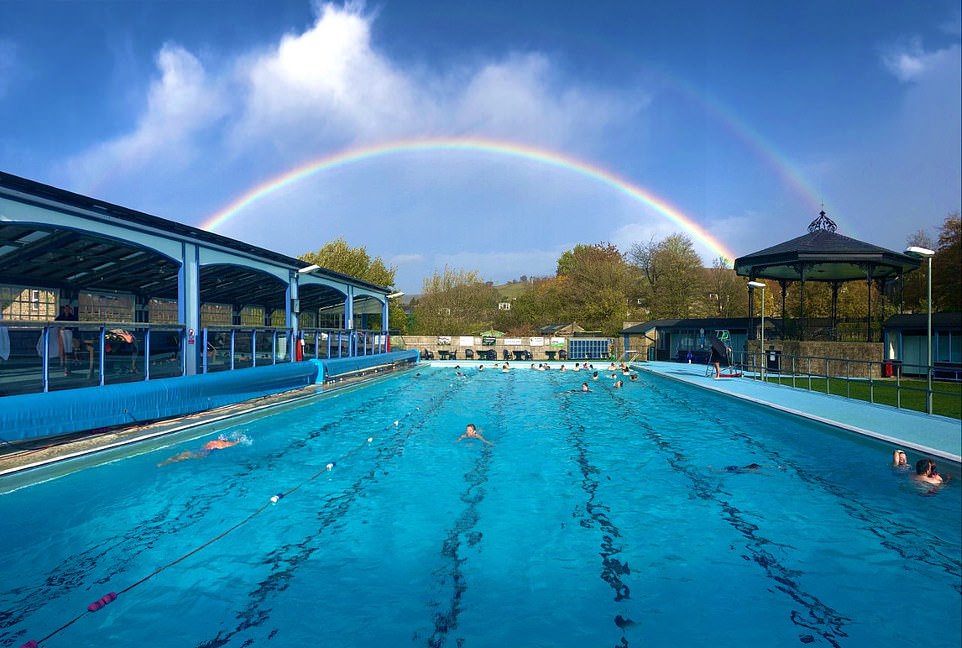 The 30m Hathersage open-air swimming pool in the Peak District, which dates back to 1936

In previous years, managers arranged special events, including ‘dive-in movies’ where you watch films from a lilo, and aim to announce some for 2021 soon. Details of the reopening are at hathersageswimmingpool.co.uk.

By the sea in Plymouth, watch boats, yachts and ships sail by as you swim in the semi-circular Tinside Lido, another Art Deco gem from the 1930s.

The salt-water pool is not heated, but regulars say its rich blue tiles make it feel like the French Riviera (it’s regularly voted one of the most stunning in Europe) and compensate for any chill. Book swims at everyoneactive.com. 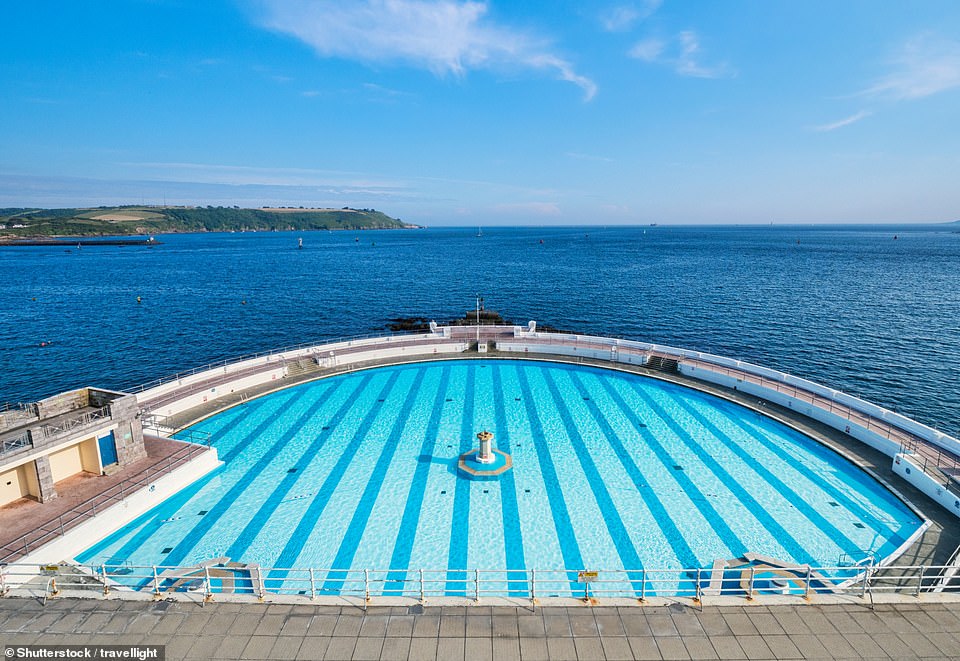 Tinside Lido in Plymouth is regularly voted as one of the most stunning in Europe, even though it’s a little chilly 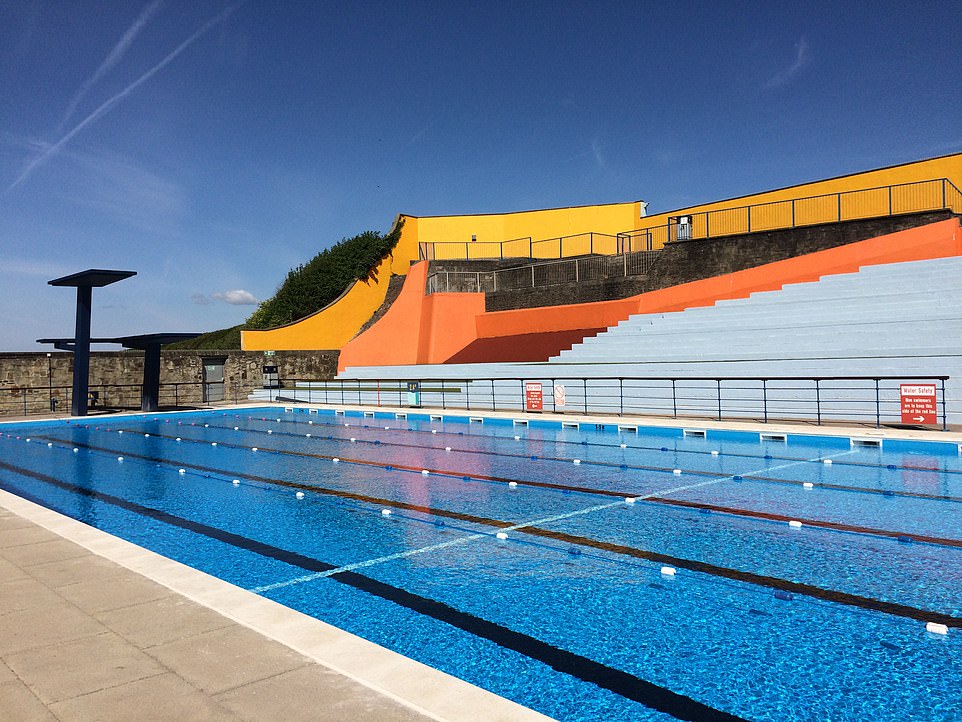 The 33m Portishead Open Air Pool in North Somerset, which attracts close to 50,000 visitors each season

It’s not just swimmers who are waiting patiently until Chesham Moor’s 25m heated pool reopens – staff are getting ready to restart their popular aqua fitness classes at the same time.

It’s not all noisy fun though – the pool is surrounded by trees where red kites nest and fly overhead. Bookings for swims and fitness classes will be taken from March 22 at cheshammoorfitness.org.uk.

A few weeks later, Portishead Open Air Pool in North Somerset, which is run by a charitable trust, is set to reopen after an extended break for maintenance. The water in the 33m pool is heated by a biomass boiler, and attracts close to 50,000 visitors each season. Swims can be booked soon at portisheadopenairpool.org.uk.

Auckland to Christchurch with KiwiRail: Back on tracks