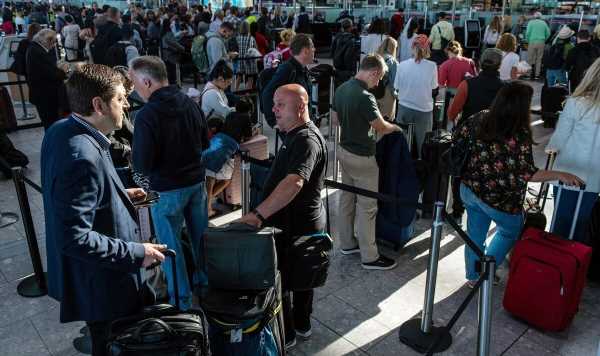 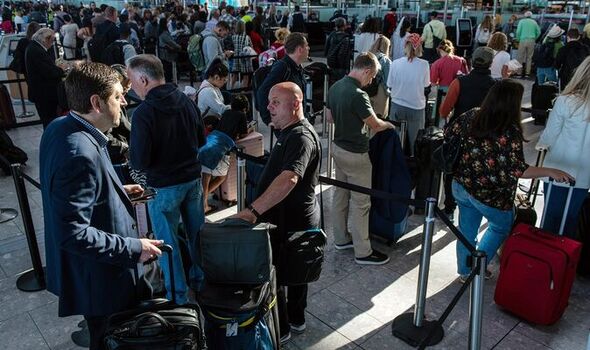 A ballot by the Unite union, which represents 16,000 BA workers, received 97 percent backing yesterday for potential industrial action in a row over pay. Staff claim the airline’s management broke a pledge over the advertised wage for a group of ground handlers but the company insists there has been a misunderstanding.

It comes amid the ongoing airport chaos with BA cancelling 114 short-haul flights, including 92 to Europe. Some 16,500 flights – around 80 a day – are being grounded too through the summer schedules.

Airlines have now been ordered to rip up their holiday timetables after government and industry officials admitted that many flights are unlikely to go ahead.

The Department for Transport and the Civil Aviation Authority stated in guidelines that earlier cancellations are “better” than axing flights on the day of departure.

They issued a joint letter to the aviation industry calling on companies to take “all possible steps to avoid the unacceptable scenes we have recently witnessed”.

The disruption, with delays and cancellations affecting tens of thousands of passengers in recent months, has been blamed on firms struggling to recruit enough staff to cope with the spike in demand after thousands of jobs were cut due to the pandemic.

The threat of strikes will only add to the chaos for passengers.

In addition to yesterday’s strike ballot, hundreds of BA check-in staff at Heathrow have until June 27 to vote on whether to take action as part of a separate pay dispute.

Sources say the anger over wages follows frustration about the amount of overtime staff are being asked to do to cope with staff shortages. Frontline workers are also understood to be facing abuse – including being spat at from customers because of cancellations and delays.

BA insists with its cancellations that the vast majority of customers have been given plenty of warning, as opposed to rivals – such as easyJet – which have been slammed for axing flights on the day of departure.

The possibility of strikes comes against the backdrop of BA’s controversial fire and rehire drive at the start of the Covid outbreak, which saw it shed 10,000 staff.

BA workers took a 10 percent pay to help cut costs. The airline agreed a deal earlier this year that involved three lump sum payments, rather than reinstating pay to the original levels. The latest dispute centres on the pay offered to new “below wing” airport ground handlers. BA sources claim no one ended being employed on the new pay rates – but there is anger staff have yet to get a pay rise despite rocketing inflation.

The company is due to begin talks with unions over next year’s pay settlement.

There is also discontent over BA chief executive Sean Doyle’s pay package last year which was worth £848,200 while the firm’s owners, International Airlines Group, made a £2.1billion loss.

The BA ballot overwhelmingly backed possible industrial action but there is no certainly it will result in strikes.

A BA spokesman said: “We remain committed to open and honest talks with our trade unions about their concerns.”

A Unite spokesman said: “BA’s management now can no longer ignore the universal discontent across their own workforce.

“Customers know first hand that the airline is in chaos and that service levels are suffering as a result of disastrous policies.”

With the turmoil over cancellations, the Department for Transport and CAA set out “specific expectations” for the industry.

They wrote: “It’s important each airline reviews its plans until the end of September to develop a schedule that is deliverable.

Your schedules must be based on the resources you and your contractors expect to have available, and should be resilient for the unplanned and inevitable operational challenges you will face.

“Cancellations at the earliest possibility to deliver a more robust schedule are better for consumers than on-the-day cancellations.”

It has been revealed that three-quarters of staff have been physically or verbally abused at work and most said it had an impact on their mental health, according to research by the GMB union. National officer Nadine Houghton said: “This is unacceptable.” 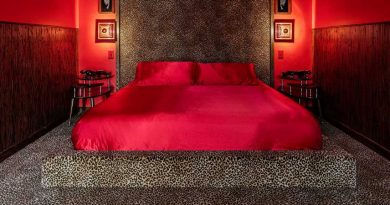 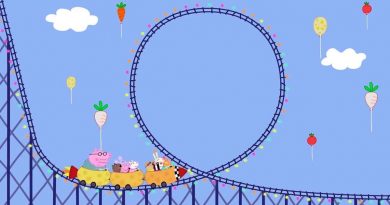 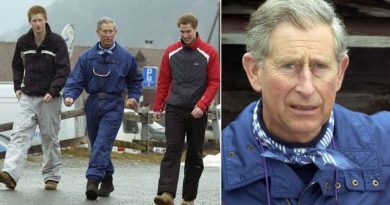