However, the UK Government recently announced that anyone vaccinated outside the UK would have their vaccines recognised from December 1. This means that British expats should be able to enjoy Christmas in the UK without having to worry about isolating.

An update on the British Embassy Facebook page, ‘Brits in Spain’, said: “We know that many of you have been concerned about being contacted by NHS Test and Trace whilst in England and the possible need to self-isolate for 10 days.

“Yesterday, the UK Government announced that, from 1 December, anyone who has been fully vaccinated outside the UK with a recognised vaccine will be subject to the same rules as those who are fully vaccinated under the UK vaccination programme.

“This means that you will no longer have to self-isolate if you are identified as having been in contact with someone who tests positive while you’re in England.”

Many British expats living in Spain are planning to visit family in the UK over Christmas, some for the first time since the pandemic.

A few expats commented that the announcement was “fantastic news” and said they were “really happy”.

However, a few questioned why it would take until December for their vaccines to be recognised.

Richard Newton commented: “This is great, but why is it taking nearly two weeks to put in place if it is just a change in procedure for Track and Trace?

“The original procedure was discriminatory in nature and had no epidemiological base so why take so long to change?”

Others felt that it was too soon to do away with the self isolation rule and pre arrival test requirements.

Brian Flude commented: “It was crazy to do away with the pre-flight negative Covid test requirement.

“To be tested two days after arriving and then finding out you have the virus means you have been spreading it around for two days.

“And if a person on a flight who has been fully vaccinated still has the virus what assurances can we gain from being vaccinated anyway.

Debbie Summers commented: “I believe we should test everyone before getting on a flight!”

To avoid self-isolation expats will need to have been vaccinated with a recognised vaccine such as AstraZeneca or Pfizer.

There are also several other rules expats will need to comply with to visit the UK for Christmas this year.

They will need to make sure they aren’t bringing any banned food items into or out of Spain on their journey.

The full list of prohibited items can be found on the EU and Government websites and expats could be fined for breaking the rules.

British expats who do not have residency rights in Spain will need to make sure their passport is stamped when they leave the country.

They will also need to take a day two lateral flow test after arrival in the UK which must be from a Government provider.

Amsterdam tourist tax goes up for 2020 in overtourism crackdown 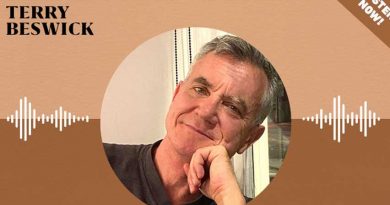 Preserving LGBTQIA+ History in The Castro: Season 2, Episode 9 of 'Let's Go Together'