Home » Travel » British expats: The destinations in Spain with the most British residents named 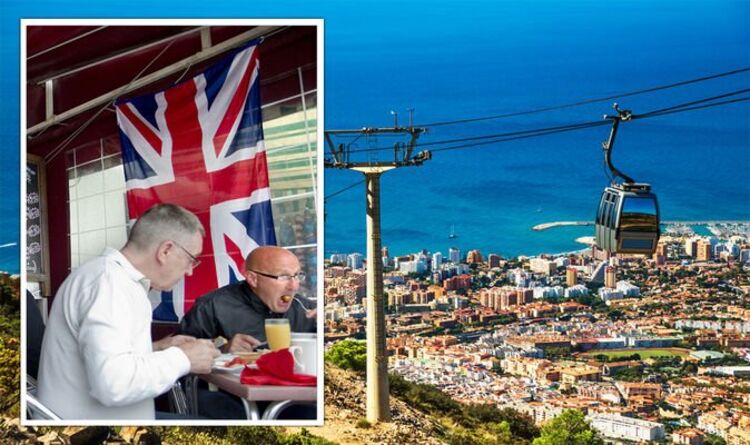 Around 300,000 British expats live in sunny Spain. A new survey has revealed the areas with the most British residents.

Spain-Holiday, a search engine for holiday rentals in Spain, set out to find which Spanish cities are the most British.

The research looked at the percentage of British residents in the town and the ratio of British pubs, shops and establishments.

The most British destination in Spain was a holiday favourite, the resort town of Benidorm in Spain’s Costa Blanca.

World renowned for its popularity with British tourists, Benidorm is also home to many British expats.

A ‘home from home’ for many Britons, it’s easy for tourists to enjoy a Sunday roast or an English breakfast in Benidorm.

The study found that 3,389 Britons live in Benidorm which is just under five percent of the total population.

It also found over 40 British shops, restaurants and pubs, making Benidorm the most British spot in Spain.

The second most British city in Spain was Orihuela in Alicante, also located on Spain’s Costa Blanca.

A beautiful spot, the Orihuela Costa has Blue Flag beaches and is popular with British families.

The study found that Orihuela has 10,025 British residents, just over 12 percent of the total population.

Despite the sizable number of British expats, Orihuela had fewer British establishments than Benidorm at 18.

In third place was the popular area of Benalmadena in Malaga, in Spain’s gorgeous Costa del Sol region.

Although it is usually packed with tourists during the summer months, Benalmadena is fairly quiet during winter.

One British expat said the resort area was like a “ghost town” during winter due to the lack of tourists.

The study found that 3,420 British expats live in Benalmadena, just under five percent of the total population.

In fourth place was the beautiful town of Mijas. Mijas is also located in Malaga, in the Spanish Costa del Sol.

Mijas has a stunning coastline and is also very well located for expats who wish to explore the Andalusian region.

Just under 10 percent of the town’s total population is British, with 8,610 British residents.

Despite its popularity with Britons, the town has less of a British feel with only three UK restaurants, shops and pubs.

This Holiday Suite in Washington D.C. Comes With a Personal Violinist