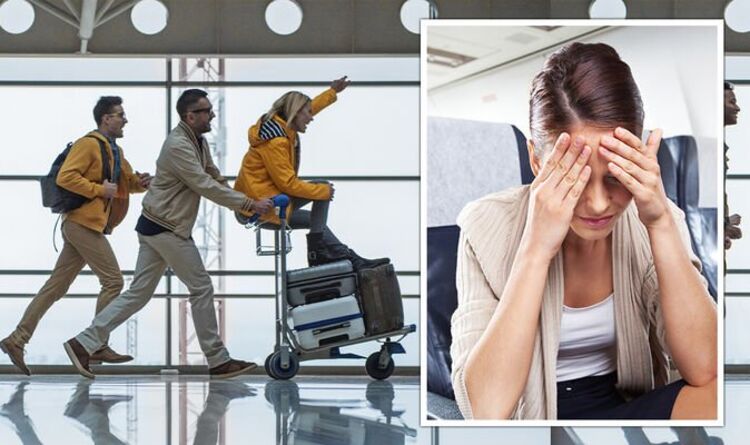 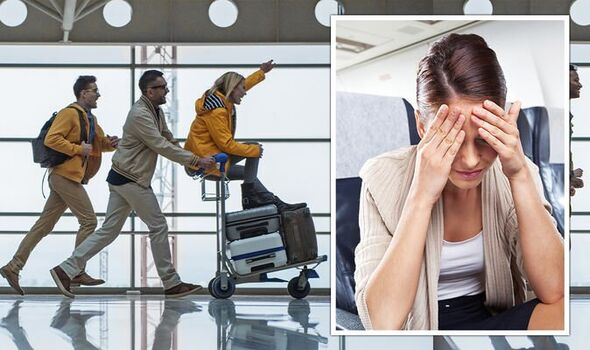 Over half of Britons admitted boozy travellers are the most irritating, while 45 percent said a crying baby or having to get up for the people sitting in the middle and window seat is the most annoying thing.

Mobile phone, and travel insurance company loveit coverit surveyed Britons on the things that holidaymakers find the most irritating when travelling abroad.

Jonathan Owen, Brand Manager at loveit coverit, said: “Although some Brits find certain behaviours irritating, there are many others who love to joke around when getting into the holiday spirit. After the uncertainty of travel over the past couple of years, we’re sure there will be a few more stories to come from this year’s holiday season.”

Jonathan shared the things travellers should never do and the most useful tips to avoid these situations and make the travel experience more pleasant for everyone.

He advised against something British tourists enjoy doing onboard a plane when going on holidays: “Don’t get *too* drunk. Although it’s tempting to get the party started early and spend hours drinking before jetting off to your travel destination, 53 percent of Brits say drunk and disorderly passengers are the most irritating people at airports

“Other than irking your fellow travellers, it can upset anxious fliers and getting too drunk is a criminal offence and can result in a hefty fine or a jail sentence will end your holiday before it begins.”

Jonathan continued by talking about snoring: “We all do it, but there are a variety of remedies available to help combat the noise.

“Twenty percent of Brits claim that people who snore on flights are the most annoying part of the flying experience, so picking up a nasal spray or nose strips will be key to stopping the noise and not infuriating your neighbour.”

He added: “Clapping when the plane lands is another bug bear for many, with 23 percent of Brits claiming that people who do this are bothersome.

“Arriving at your destination safely is something to celebrate but try to do it in a quieter fashion to not anger your neighbours. An internal happy dance also works wonders,” he recommended.

“Whether you’re taking your kids on their first holiday or their fourth, being in a confined space for extended periods of time is never fun.

“Crying kids are one of the most aggravating things that happens on planes, according to 45 percent of Brits, so bring snacks and entertainment like books with you as a form of insurance to keep your kids happily distracted and tears at bay.”

How well do you know France?

With the country having eased its restrictions for Brits, put your knowledge of France to the test with our quiz. Bonne chance!

How many countries does mainland France share a border with?

What is France’s northernmost point called?

How many overseas departments does France have?

On average, how many tourists visit France every year roughly?

When was the French Revolution?

C’est tragique! Your knowledge of France could do with some brushing up.

You know a thing or two about France, but you’re not quite an expert

Sacre bleu! You know everything there is to know.

The travel expert explained that “23 percent of Brits claim that having to move for people sat in the middle and window seats is a way to get on people’s nerves whilst travelling”.

He added: “Help out your fellow travellers by going to the toilet before you get on the plane to keep disruption to a minimum.”

“According to our research, the over 35s take up more lustful antics on a plane, as they’ve confessed to flirting with the pilot or cabin crew and had sex in the airport or on the plane. Make sure you’ve got the breath of an angel when flying in case a member of the flight crew happens to tickle your fancy,” he unveiled.

1. Being drunk on the plane

2. The person in front of you reclining their seat

3. Having a crying baby or child on the plane

4. Having people crowd the baggage carousel

5. Having to get up for the people sat in the middle and window seat

6. People clapping at the end of the flight

8. People who snore on the flight

9. People who take their shoes off on the plane

10.People who walk slowly through the airport when you are in a rush 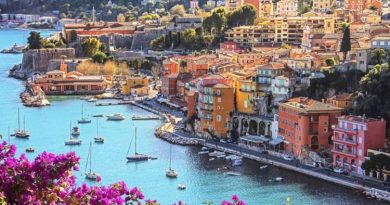 Ryanair set to buy another airline and offer new destinations