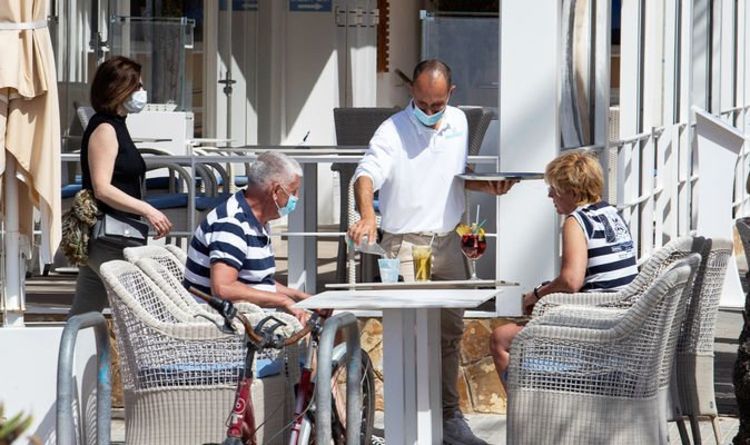 The new restrictions apply to the areas of Magaluf, in Mallorca, and Sant Antoni, in Ibiza, two of the locations with more British tourists.

The areas of Magaluf, in Mallorca, and Sant Antoni, in Ibiza, are now considered “red zones” due to the increase in COVID-19 cases.

The Balearic Islands, which include Mallorca, Menorca and Ibiza, were added to the UK’s green list during the last traffic light system review.

That means Britons can go on holiday without having to quarantine on their return.

Although it was considered a “safe area” for its low rate of COVID-19 cases, a spike has now been reported.

The Balearic Government has decided to tighten restrictions, especially in bars and restaurants.

The major newspaper in the Balearic Islands reported the measures have already been introduced to the parts of Playa de Palma and Arenal, in Mallorca.

The new rules will affect Britons visiting the islands after thousands of holidaymakers jet off as soon as the nation was moved to the UK’s green list.

The new measures include:

– Shops in these areas cannot sell alcohol between 9.30pm and 8am.

Tourism minister Iago Negueruela said the measures, which comes only a week after British holidaymakers began to arrive in the Balearics, are in order to contain the spread of the virus.

The small island of Formentera has the highest at 109 – the UK average case rate is 184.

The main cause for this spike in cases is believed to be thousands of students who visited the islands on school trips last week, with over 20,000 returning home infected.

Due to the mass COVID-19 outbreak, Britons could see the Balearic Islands moving to amber soon.

The islands were added to the UK’s green “watchlist”, which means they can become amber without notice if there is a spike of COVID-19 cases in the region.

According to the traffic light system, the Balearics are “most at risk” of being downgraded to “amber” at short notice.

Portugal, which was added to the green list in May, saw thousands of tourists rushing to get home after it was moved to the amber list with very short notice.

Adventure-Travel Destinations Perfect for Your Next Girls' Trip