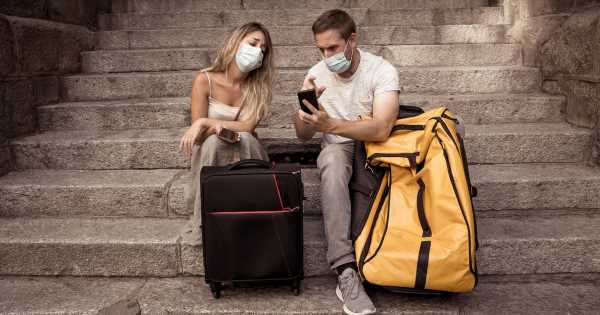 A travel expert says Brits are still not confident enough to travel, even to the government's listed green countries.

The government announced it's list of countries where Brits can go on holiday on May 7 – with destinations such as Portugal, Israel and Iceland on the long-awaited green list.

However, despite this, Reigo Eljas, Trading Director of lastminute.com, says Brits aren't lapping up the chance to holiday there yet.

Talking to Daily Star, the expert said: "As restrictions are easing down, Brits are getting ready to be on the move, however confidence level remains soft and booking volumes are still well below pre Covid levels even for green list countries."

Despite this, Reigo said that with every government announcement, Lastminute.com has seen an initial surge in searches as well as bookings.

He added: "As soon as Portugal was confirmed in the green list, we've seen a large increase in the demand.

"Traffic to our website for Portugal destinations has gone up + 606% compared to previous week, confirming the love of Brits for the destination for their Summer Break.

"In consequence, bookings to Portugal went up +2500% Week over Week. Searches for Madeira saw a spike of +1131% compared to the period before the pre-announcement."

He added: "Following the initial surge in searches and bookings after the government announcement on the 7th of May, we have seen the initial uplift level off and people still remain cautious on the outlook overall.

"The government has also implied that they do not advise people to travel to amber list destinations, which cover the summer favourites like Spain, Greece, France and Italy.

"We’re hoping to see more positive news coming from the next updates on the traffic light system."

He continued: "Demand for amber destinations is still there, however we have not seen significant uptake in bookings.

"Searches for Spain or Greece have remained stable for the majority of these destinations."

Reigo also said lastminute.com has taken the "conscious decision" not to sell any holidays to red list countries, but added: "However we will closely monitor the situation based on government advice."

Instead, the expert said many Brits are still opting for staycations – saying Jersey and Newquay appear to be the hotspots.

He added: "Newquay benefits from Easyjet flights from London as well as Loganair offering regional flights to the south coast from the likes of Edinburgh and Manchester – beating the inevitable traffic jams."

Let's hope the British weather perks up then so we can all enjoy a sunny staycation. 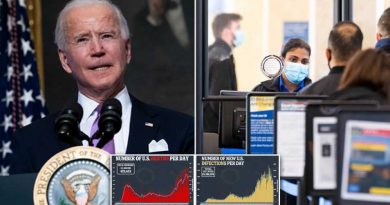 US 'looking' at mandating COVID-19 testing for domestic air travel

Fatal air crashes and deaths up in 2018: Watchdog