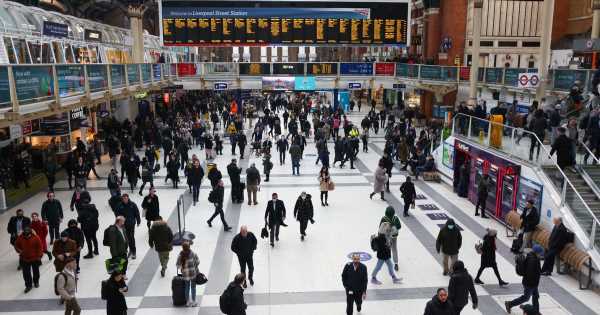 Passengers have been urged not to use trains next week when workers go on strike.

Network Rail said about half of all rail lines will be closed when thousands of workers walk out across Britain on 21, 23 and 25 June, with only a fifth of services running in total.

Those trains which do go will start and finish earlier, from 7.30am to 6.30pm, reports the Mirror

Many parts of the country will have no services running at all, including lines going north from Glasgow and Edinburgh, and to Penzance in Cornwall.

Bournemouth in Dorset, Swansea in south Wales, Holyhead in north Wales, Chester in Cheshire and Blackpool in Lancashire will also not be served on the strike days.

"Make no mistake, the level of service we will be able to offer will be significantly compromised and passengers need to take that into account and to plan ahead and only travel if it's really necessary to do so," Network Rail boss Andrew Haines said.

Some lines will remain open and running at something close to a normal service.

Revellers travelling to Glastonbury via Castle Cary should be able to get there as some trains on the line will be running.

Other open lines include the West Coast Main Line from London to Scotland via locations such as Birmingham and Manchester.

Those who need to get across the country on a strike day with no alternative means of transport should book ahead.

The last train from Manchester to London will leave at 2.47pm and the last from Norwich to London at 4pm.

Go to your regional train line's website to check whether certain routes are open and what times trains will be running on them.

It is expected that a more updated timetable will be released by Network Rail on Friday, detailing the extent of the disruption.

The number of services running is expected to be around 4,500 compared with 20,000 normally, Network Rail said.

On non-strike days the rail network will still be impacted, with the number of running trains brought down to about 60% of normal capacity.

A number of train operators including Southeastern, TransPennine and Avanti West Coast have urged passengers to only travel by rail if necessary.

Northern has asked people "not to travel" on trains between Tuesday and Sunday.

OAP Linda is supposed to be travelling by train from Great Yarmouth to London for a Rolling Stones concert on 25 June.

Have you been affected by the rail strikes recently? Tell us at [email protected]

Having paid £100 per ticket, she is now unsure if there is any way for her to get there now.

"If I was to book a coach, it would cost a lot more – plus increase the travel time; two-and-a-half hours on the train becomes five to six hours on a coach," she told the BBC.

"And there's no way we'd get to the concert in time."

The industrial action, which has been described as the biggest rail strike in modern history, will see 40,000 RMT union members from Network Rail and 13 train firms plan to walk out.

They are in dispute over pay and redundancies, and the strikes come off the back of failed talks last week. 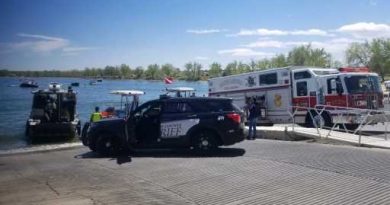