Despite the pandemic, two brand-new U.S. airlines were born in a matter of weeks.

The first, Avelo Airlines, took off on April 28 in California. It’s inaugural flight from its base in Burbank to Santa Rosa in northern California made it the first mainline U.S. carrier to launch in 15 years. The ultra-low-cost carrier has since expanded to new West Coast markets and will add its first East Coast focus city in New Haven later this year.

Less than a month later, Breeze Airways took off on May 27. With a launch plan that includes 39 routes across 16 cities by July, Breeze is quickly spreading its wings.

Both brand-new airlines, Avelo and Breeze share some striking similarities. But they also have some noticeable differences. Let’s take a look at how they stack up against each other.

Both Avelo and Breeze were founded by seasoned airline executives.

Avelo is the brainchild of Andrew Levy, formerly a co-founder and president of Allegiant Air and then chief financial officer at United. He’s recycling much of his Allegiant playbook in Avelo’s launch plan, including a network of point-to-point routes with unbundled fares.

That strategy is the same one being implemented at Breeze, which was founded by serial airline entrepreneur David Neeleman, who’s perhaps most famous for launching New York-based JetBlue and Azul in Brazil, among others, and co-owning TAP in Portugal.

Neeleman’s impressive track record of building successful airlines has many industry observers watching closely as he starts his latest venture in Breeze. It remains to be seen if Neeleman can pull it off again, or whether Breeze will chart the same course that so many new airline startups take — failure.

For Breeze, Neeleman’s plan is to create a “seriously nicer” airline. He’s trying to make travel simpler and more convenient, through a robust mobile app and other tech enhancements, its point-to-point route network, low-cost operating model and friendly ground crew and flight attendants.

At the outset, both Avelo and Breeze are taking off with similar network strategies: both airlines’ route maps are dotted with point-to-point flights from focus cities, or “hubs.”

Avelo started with its first base in Burbank (BUR), an “opportunistic” move as the airline CEO described it. Like many secondary airports in major cities, Burbank lost much of its service when carriers including Delta and JetBlue cut back there during the pandemic.

Avelo chose 11 destinations to serve from Burbank, many of which are to secondary or regional airports like Ogden, Utah (OGD), near Salt Lake City and Phoenix-Mesa (AZA) near the major Sky Harbor airport that is that metropolitan area’s primary airport.

Only a couple of flights are operated daily, as the airline is focusing mainly on the leisure and VFR (visiting friends and relatives) market.

Interestingly, just days after launching, Avelo Airlines announced that it’s headed East. It’ll make New Haven, Connecticut its first base on the East Coast in the third quarter of this year with yet undisclosed routes.

For now, Avelo’s route map is much more localized than Breeze’s one.

Breeze is ramping up much quicker than Avelo. The airline plans 39 routes primarily from four focus cities: Tampa; New Orleans; Charleston, South Carolina; and Norfolk, Virginia. The airline plans to have a presence in a total of 16 cities by mid-summer.

Despite Breeze’s more aggressive launch, the underlying network strategy is largely identical to Avelo: connect mid-sized cities that’ve historically been overlooked or underserved by the mainline carriers outside of their hubs. Both airlines are starting with many point-to-point flights that average under two hours.

With nonstop service, Breeze hopes to woo flyers with its low fares and time savings.

For now, Avelo and Breeze haven’t picked any overlapping markets, but that could change as both airlines keep growing in small- and medium-size airports nationwide.

One interesting difference between Avelo and Breeze is how they’re tackling expansion plans. Avelo is creating a bi-coastal operation with its New Haven base, while— so far — Breeze is focused on blanketing Rust Belt and Sun Belt cities with its blue jets.

However, Breeze is planning to take delivery of 60 brand-new Airbus A220s, which it plans to deploy on routes longer than two hours, so it’ll be interesting to follow the airline’s expansion plans.

At the outset, Breeze is planning to become a much bigger airline than Avelo.

Avelo currently has just three Boeing 737-800 aircraft, with a handful of smaller Boeing 737-700 jets slated to join the fleet later this year. The carrier plans to station the -700s at its New Haven base. Avelo’s aircraft are roughly 15 years old on average.

While Breeze is also launching with older aircraft, the carrier has plans to quickly modernize its fleet.

To reduce costs and get off the ground quickly, Breeze is leasing 118-seat Embraer E195 jets from Azul, as well as 108-seat E190s from Nordic Aviation Capital. These planes are roughly 11 years old on average.

Adding these older jets to the Breeze fleet was a deliberate choice on Neeleman’s part. “Because the [older Embraers] are being obsoleted somewhat we can get parts for really cheap, cents on the dollar, so maintenance costs are low,” he said in an interview with TPG.

However, the carrier will modernize the fleet quickly. Later this year, Breeze is expecting the first of its 60 new Airbus A220-300 jets, which can hold up to 160 passengers and will be deployed on longer routes. Neeleman said he expects the first delivery in October, with one delivery a month after that through the next few years.

Avelo’s fare structure is much simpler than Breeze’s.

With Avelo, there’s just one unbundled fare option. Some routes start at just $19, and you’ll need to pay for everything else. Seat selection starts at $4, full-size carry-on bags cost $35 and the first and second checked bag cost $20 and $30, respectively.

Avelo offers just a single coach cabin on its Boeing 737s, and has no publicly stated plans to install a biz or first-class product on its jets.

Breeze, on the other hand, has a more robust fare structure. The carrier offers two economy-class options, “Nice” and “Nicer.” The former is equivalent to an Avelo fare — you’ll have to pay for all your ancillary services.

Seat assignments start at $10, full-size carry-on along with the first and second checked bag cost $20 each ($25 for flights longer than three hours).

The carrier’s “Nicer” fare includes an extra-legroom seat (which costs $20 to $50 when paired with an entry-level “Nice” fare), a full-size carry-on bag, one checked bag, a drink, snack and priority boarding.

Breeze is planning to launch a first-class cabin on its Airbus A220 jets, which will fall under the airline’s “Nicest” fare bucket.

Notably, neither Avelo nor Breeze charge any change or cancel fees — you can make voluntary modifications to your plans at any time before departure. You’ll receive a travel credit if you decide to cancel, and will be on the hook for a possible fare difference if you switch to a more expensive flight.

While both Avelo and Breeze are low-cost carriers, the latter definitely plans to offer a more comfortable inflight experience.

For one, Avelo’s Boeing 737s are outfitted in a tight configuration. The slimline seats sport just 29 inches of pitch. Avelo chose the Acro Series 6 seats — the same as you’ll find on Spirit’s newest jets — which feature a built-in curve around the hip level for two additional inches of knee space.

Despite these so-called improvements, I’d personally avoid these seats entirely for flights longer than two hours. They’re both tight and poorly padded.

If you’re looking for some more space, there are 60 extra-legroom seats located in the forward section of the cabin, spanning rows 1 to 8 and 22 to 24, as well as the exit rows 20 and 21.

These can be purchased for $15 and up. Extra-legroom seats sport between 32 and 35 inches of pitch, offering a much more comfortable ride.

While Avelo’s seats currently recline, Levy told TPG that the current plan is to lock the seats in a pre-reclined position to avoid making it an extra-tight squeeze for those trying to get up during the flight.

Compared to Avelo’s cabins, it’s a pleasure to fly with Breeze. Neeleman’s airline chose comfortable and well-padded leather seats for its all-coach cabins.

On the Embraer 195, the standard seats have 31 inches of pitch. The smaller E190s have 29 inches — the same as Avelo — but the leather padding should make them noticeably more comfortable.

Breeze’s seats measure 17.6 inches wide, making them more comfortable than the ones on Avelo. Additionally, thanks to the E-jets’ 2-2 configuration, there are (currently) no middle seats on Breeze. (The airline’s A220s will likely feature one middle seat per row in a 2-3 arrangement.)

Neither Avelo nor Breeze currently offers any inflight entertainment, power outlets or Wi-Fi.

Avelo has plans to install Wi-Fi, but there’s no timeline on its progress.

As for inflight service, both Avelo and Breeze are currently offering a small snack pack for flyers due to the pandemic. Avelo’s snack packs include a water bottle and Lorna Doone shortbread cookies, while Breeze passengers get a small bottle of water and a choice of either Utz potato chips or a mini-Kind bar.

Both carriers are planning to introduce an extensive buy-on-board program once the pandemic ends.

While they’re both low-cost carriers, there are some notable differences between the two. Breeze is planning a much faster expansion — both in terms of its route network and fleet size. Additionally, Breeze’s jets are outfitted in a much more comfortable layout.

Despite the differences, they share an underlying strategy: serve America’s small and mid-sized cities with nonstop air service at low fares — and then charge for everything else. 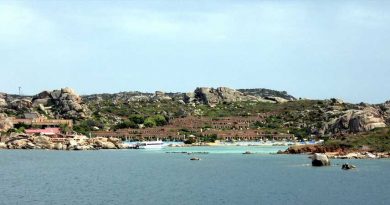 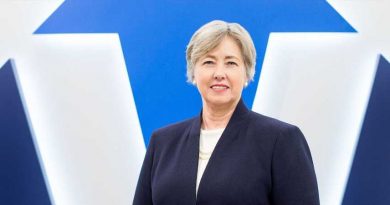