Would YOU spend a night CAMPING on a CLIFF?

Camping Britons are sharing tips on social media. With a UK holidays on the rise and a camping trip a popular option to enjoy the great British outdoors, many Britons have gone on their first camping trip this year. A camping holiday may be fantastic, but when it’s time to pack up, some campers are having problems with their tents.

Taking to social media, Leon Martin said: “Any tips on putting a tent away back in its bag? I’m hopeless at it.”

And fellow camping Britons came to the rescue.

Tim Skinner said: “Roll it, squash air out, open it up and re-roll it.”

Getting the air out of the tent when rolling it was a top tip for many.

Chris Medakovic wrote: “Roll towards an open door – gets the air out.”

Victoria Ruth Jones said: “For ours, we lie on it as we are rolling it so we are pushing out as much air as possible as it’s being rolled.”And Amie Randle said: “Wrap the pole inside that will give you the correct size and do it tightly.”

A tight roll was also important for Michelle Chandler, who said: “I find if you fold once and then again your second time round its smaller.

“I also use straps to get it smaller also get my children to roll on it as well I always re-roll and do it a couple of times.”

Dave Urquhart, meanwhile, said: “I use cam buckle straps to keep it on shape once rolled up.”

Britons were also generous with their folding techniques and gave plenty of instructions.

Dave Hextall said: “If the poles and tent all go in one bag, you should get all air out of tent.

“When you put it down, make the tent square on the floor, fold it length ways until it’s a strip no wider than the poles or bag is long.

“Then using poles, roll tent tightly towards the open door roll it straight into bag.”

Benn Miles Saunders said: “I always fold both sides in first, then go from back to front, make sure you leave a door open or it takes ages to get rid of the air, fold it and walk on it.”

Andrew Campbell wrote: “When I’m packing away the tent I lay it flat on the ground, get the tent bag and lay that at one end of the tent.

“I then fold the tent from either side until it is the same size as the bag and then I just roll it up tight as I can from one end pushing all the air as I go.”

Arifur Rahman said: “Takes a few attempts, ideally should be dry. Important bit to focus on is the width of the bag and matching length of folds.”

Lorraine K Harrison wrote: “Fold it so open end is folded last, leave zips open to allow air to escape, roll/wrap it around the poles, it’s a game changer to get it back in the bag no bother and room to spare every time.”

Meanwhile, many Britons cheekily advised to just get a bigger bag.

Will Swann said: “I’ve had this issue/annoyance for years of camping. Then I found a larger tent bag on eBay. I’ve never struggled since.”

And Ian Bradford agreed: “We bought a bigger bag.”

Marcus Aleo, however, did not really understand what the problem was.

He said: “I just stuff and squash who cares.”
Source: Read Full Article

Flight secrets: Pilot reveals why cabin lights must be dimmed for take-off and landing 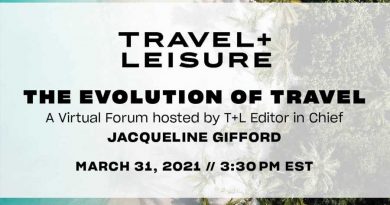 Heads up! There will be a record number of Memorial Day travelers, AAA predicts