Home » Travel » Camping laws that could see Britons fined up to £2,500 on their next holiday 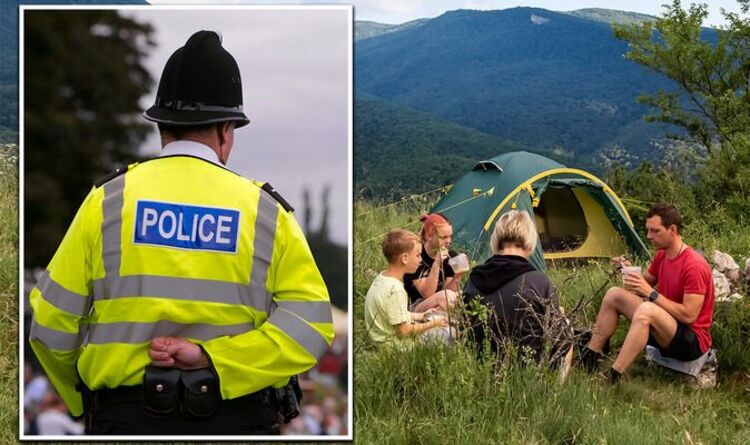 The One Show: Alex and Michael clash over staycations

Camping and caravan season in the UK typically kicks off around mid-April and early May when the warmer weather arrives. Although the domestic holiday industry experienced a boom over the last two years, many Britons still may not know the laws which could impact their holidays.

Campers in the UK are subject to a number of legal restrictions which, if they break, could see them faced with hefty fines.

Before booking your next camping holiday, it is a good idea to get up-to-date on the rules and regulations which may apply to you.

Here are several camping laws across the UK that Britons should be aware of:

Permission to start a campfire

Regardless of where you are camping, unless on your own property, campers must request the landowner’s permission before starting a campfire.

Even if you have permission from a landowner, there are laws around safety.

Any fire deemed a threat to people or property would be a criminal offence, whether the damage is deliberate or through reckless behaviour, as part of the Criminal Damage Act 1971.

After a campfire, be sure to clean up any debris when you’re finished.

In Scotland, however, campfires are legal – but there are a few rules to consider.

According to Scottish Open Fire Rules:

Leaving litter behind when camping is illegal, and anyone found guilty of littering can be fined or face prosecution in court.

Littering when camping is illegal, and campers who litter can be fined or face prosecution in court.

These laws come under the guise of “Leave No Trace”, seven camping principles which work to minimise the impact of camping on the natural environment.

Speaking previously to Express.co.uk, a spokesperson from Paul Camper said: “Just as in the streets, when camping the act of littering is illegal.

“Campers found to have dropped litter can be fined or face prosecution in court.

“Authorised officers have the power to issue a fixed penalty charge of up to £80 for a litter offence, as an alternative to prosecution.

“If the offender is prosecuted and convicted in court, the fine could rise to £2,500.”

This includes leaving behind any dog poo. Anyone who fails to clear up after their dog could face a Fixed Penalty Notice of up to £100.

Wild camping is illegal in England and Wales. If campers want to pitch up somewhere, they must all the landowner’s permission first.

Campers must also leave no trace behind after their stay.

There is one exception to the wild camping laws in England and Wales, and that’s Dartmoor National Park.

According to Dartmoor National Park’s website: “Dartmoor is beautiful, don’t spoil it by lighting fires or leaving waste behind.

“Put everything back in your backpack and take it home. If you worry about carrying your rubbish out, need a bin or a toilet – then this isn’t for you – use a campsite.”

Another lesser-known law applies to digging up or removing plants in their entirety.

In the UK, it is illegal to dig up or remove a plant in its entirety without permission from the landowner.

If campers want to go foraging, they won’t be allowed to remove plants from the root.

However, you are allowed to pick wild plants and fungi on any land, but it’s essential that you get the landowner’s permission.

Based on Section 4 (Property) of the Theft Act (1968), according to British Local Food: “You can pick anything growing wild (the four f’s: fruit, flowers, fungi and foliage) on any land as long as it is for personal consumption.

“However, picking cultivated crops or collecting wild food for commercial purposes would be considered theft.”

Campers who want to complement their trip with a spot of fishing may be required to get a rod licence in certain areas.

A rod fishing licence is required if fishing for salmon, trout, freshwater fish, smelt or eel. This rule applies to England (except on the River Tweed) and Wales, as well as the Border Esk region.

In Northern Ireland, a rod licence and angling permit are required.

In Scotland, fishing is licence-free, with the exception of the Border Esk region, but you do need permission from the landowner. 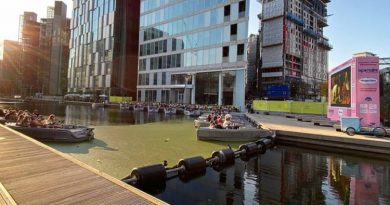 AmaWaterways Leads the Way in 2019

Here Are the Safest Countries to Travel To