Home » Travel » Can Olympian Helen Glover get YOU fit on this Algarve spa holiday?

Shape up with an Olympian: She’s a double gold-winning rower. But can Helen Glover really get YOU fit on this glorious Algarve spa holiday?

We’re standing on the water’s edge, deciding between kayaks and paddle-boards when the grey-haired man to my left announces: ‘I see myself as a kayaker.’ I’m not sure if he’s joking or trying to impress Helen, who’ll be taking us onto the water.

That’s Helen Glover MBE, as in two-time Olympic gold medallist, triple World Champion and quintuple World Cup champion in women’s rowing. The same Helen who only started rowing at 21, four years before she won her first gold at London 2012.

She’s here leading an ‘Active Living’ programme for the Four Seasons Fairways — no relation to the Four Seasons luxury hotel group — on the Algarve’s Quinta do Lago, a 20-minute drive west of Faro, and we’re all desperate to impress her. 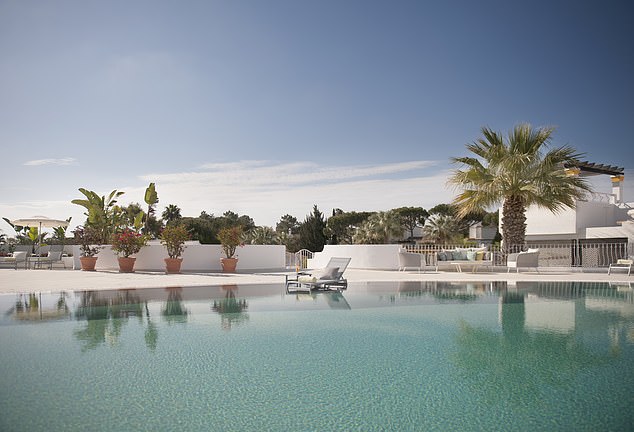 I’ve chosen kayaking because it looks easier, and luckily I’m right. Paddle-boarding for first timers involves over-balancing, windmill arms, yelping, and slip-slapping into the water. Although everyone eventually finds their way by sitting, then slowly kneeling until finally standing.

Helen, meanwhile, glides ahead, as though paddle-boarding was the most relaxing way to travel. We follow like ducklings as her paddles barely break the water on the calm 40-mile estuary that runs from the Ria Formosa nature park all the way to Faro.

It’s inspiring to be so close to an other-worldly athlete, and we’re all back the next day to breathe the same air at her outdoor morning stretch class.

Helen says: ‘People don’t believe me when I say this is the backbone of my daily routine; it really is the only remaining habit from my training days.’

This is no boot-camp, though. It’s not intimidating, and is suitable for all — from 20-something yogis to retired couples holding onto each other for balance.

As we stretch and feel the dewy grass under our bare feet, Helen keeps up chatty encouragement. She says everyone has time to be active, just start small. ‘People get intimidated by feeling they have to start by running; they don’t’, she says. 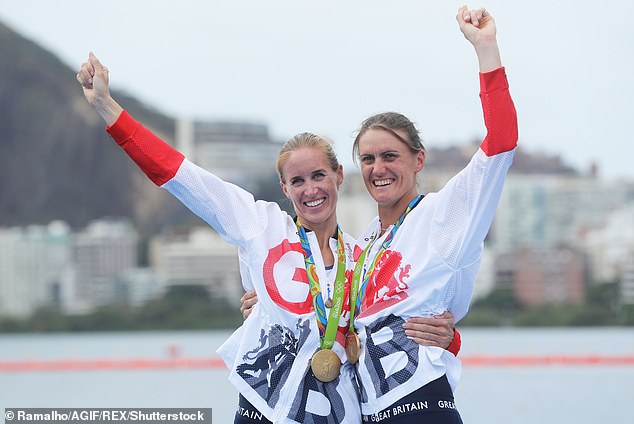 You can improve your balance, for example, by standing on one leg while you’re boiling the kettle. It’s what she does.

Helen says that after she had her first child — and now she’s just had twins — she realised her ‘time was no longer her own’.

So rather than spending three hours training, she thought: ‘What can I do in ten minutes while he’s asleep? You realise you can get loads of activity into a day if you look for small things.’

There are plenty of other classes (not taken by Helen) including Pilates, aqua-fit and cycle rides along wide, sandy paths through the park. There are also tennis courts, and award-winning velvet-green golf courses on hand.

There is acres of space and time to please yourself, too. The resort is a vast village of 132 newly refurbished white-washed villas with terracotta-tiled roofs and gardens hidden by hedges and bougainvilleas.

All the villas have a jacuzzi or pool, and the one we’re staying in also has a terrace, barbecue, fresh oranges delivered daily, and three bathrooms for two bedrooms. 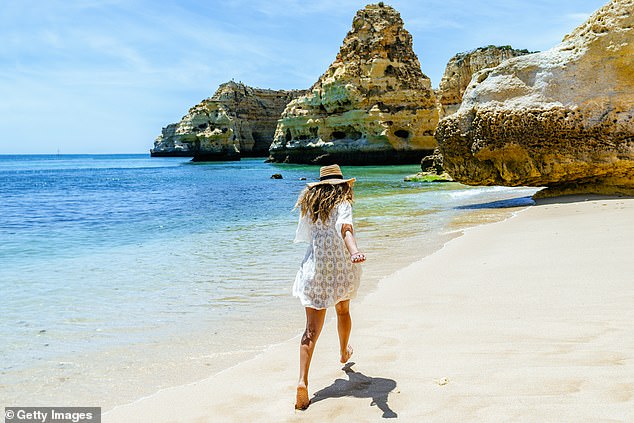 We have our meals in the restaurant; breakfast is, thrillingly, an actual fresh menu not the tired, ubiquitous buffet; lunch is poolside, and dinner is served inside.

The varied age range of the guests is noticeable. I see teenage girls forensically examining with each other the results of their lengthy poolside photoshoots, couples sitting with tiny babies under sun umbrellas and three generations of a family chatting over cold beers.

The combination of easy-going comfort, sunshine, an Olympian who is unfailingly generous with her time and an encouraging promotion of realistic healthy living, is a rare privilege.

Helen says the one thing we can all do to improve our fitness is . . . walking.

‘It’s the secret to so many improvements in health,’ Helen adds. ‘Start simple; make it a rule that if there’s a journey you could walk in 30 minutes, walk don’t drive.’

Start small, no excuses. I’ve been practising balancing on one leg ever since; it’s the Olympian way.

Kate travelled with Four Seasons Fairways (fourseasonsfariways.com), the seven- day Active Living package is from £639 pp (based on two sharing). Dates for the next week are March 28 to April 4. Jet2 (jet2.com) London to Faro from £43 return.

Plane door opens during landing on flight
We and our partners use cookies on this site to improve our service, perform analytics, personalize advertising, measure advertising performance, and remember website preferences.Ok