It wasn’t until Day 3 on the Carnival Sunrise that I was
able to sample Guy Fieri’s barbecue, and lots of other passengers had the same
idea.

While the hairy-chest contest went on at the midship pool,
the line for the Pig & Anchor Smokehouse stretched down the port side of
the ship’s Deck 11 aft. The Smokehouse is a sit-down restaurant on the Carnival
Horizon, but on the Sunrise it’s a lunchtime window opening to the open deck,
with first-come, first-serve picnic tables and Smokehouse-branded umbrellas for
seating.

Servers wielded big plates behind the window as passengers
picked out their favorites: dry-rubbed, slow-smoked pulled pork; andouille
sausage; dry-rubbed, grilled chicken; and sides like mac & cheese, potato
salad, collard greens and baked beans. Sauce bottles with names like Kansas
City and Carolina #6 were available as condiments. A small bar was set up next
door for beer. 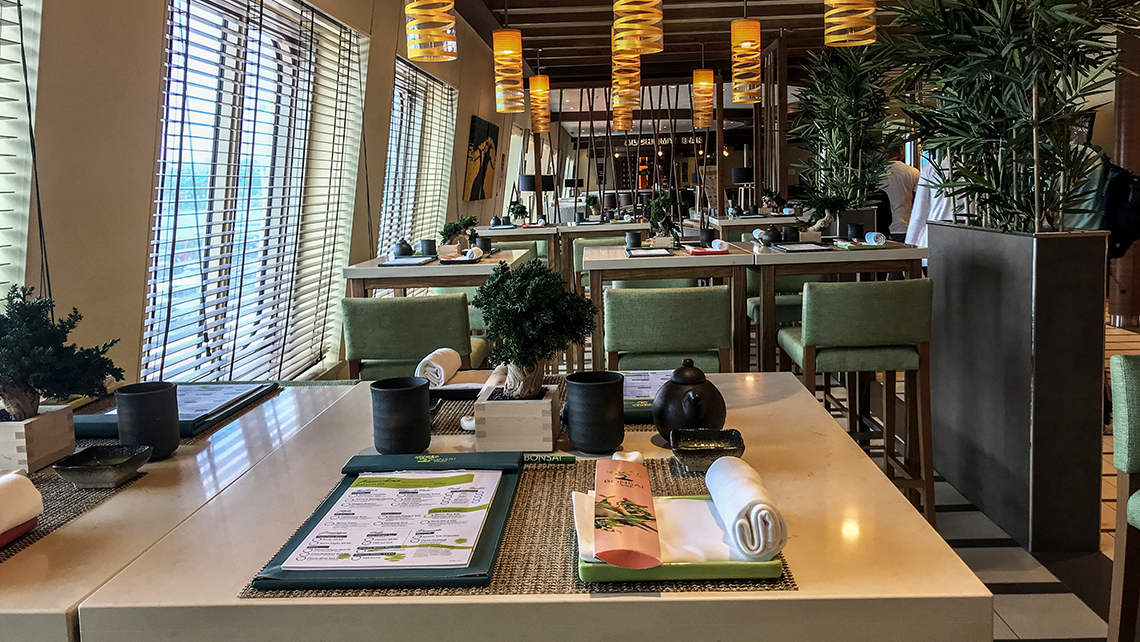 The Smokehouse was one of the new features added to the ship
when it went into drydock as the Carnival Triumph and emerged as the Sunrise.
By my count, nearly a dozen restaurants were added or renovated/renamed on the
ship.

What’s more, the Triumph was built in 1999, before “alternative
restaurants” were a standard. Up until now, the ship had no secondary
restaurants aside from the Lido buffet, the pizza station and the poolside Guy’s
Burger Joint and BlueIguana Cantina, and no additional-charge eateries.

That’s all changed. The two primary sit-down restaurants are
Fahrenheit 555, the line’s signature steakhouse, which was built into the upper
balcony of the midship dining room (now called the Radiance Restaurant); and Cucina
del Capitano, an Italian restaurant created out of the upper level of the Lido
buffet (now the Marketplace, which also got a smart new design.)

Fahrenheit is an intimate, upscale restaurant, with several
choices of cuts. My appetizer tower of tuna tartare was one of my favorite
foods of the cruise. The menu suggested wine pairings with
each entree, for folks who are unsure about the wine list (a course-by-course
pairing of half-glasses is also available).

Cucina del Capitano, with its red-checked tablecloths and
bottles of chianti, is the place to splurge: our table ordered several pasta
dishes for family style sharing, and I overdid it on just about everything.

Bonsai Sushi, in the entertainment zone of Deck 5, and the
Seafood Kitchen, on the starboard side on the aft Lido deck, are a la carte.
The small-group Chef’s Table, which includes a galley tour and prix-fixe
dinner, was added off to the side of the lower section of the Radiance. 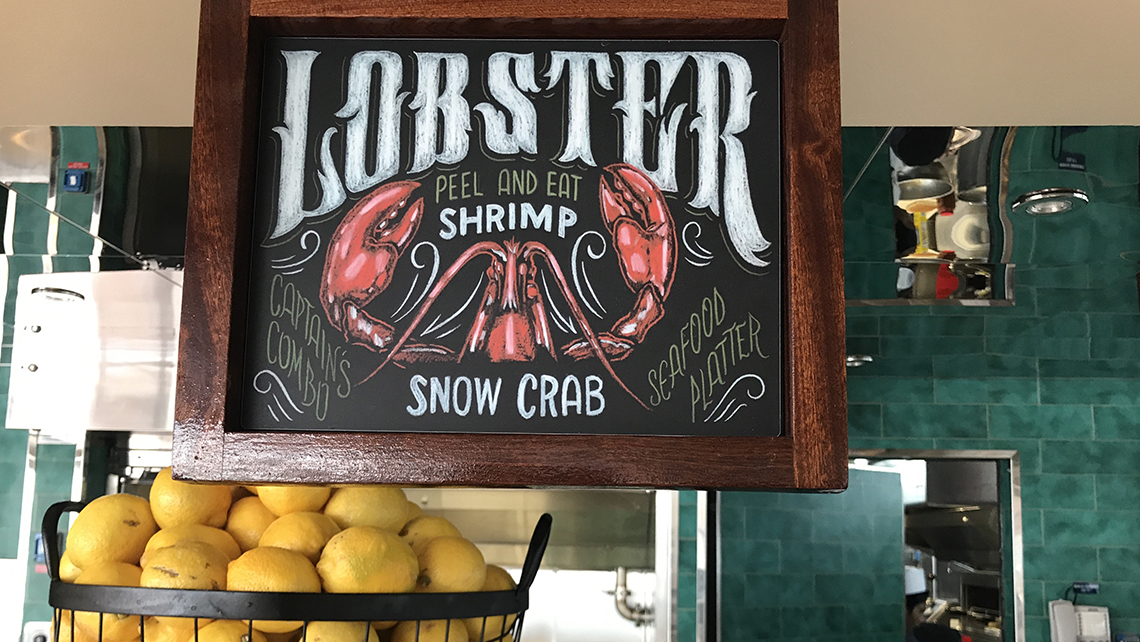 One area that did a brisk business was the Pizzeria del
Capitano, Carnival’s updated take on the 24-hour pizza station. My kids went
bonkers for these individual thin-crust pizzas, and I also partook in the
time-honored tradition of consuming a late-night pie after an evening of entertainment.

Smokehouse notwithstanding, everyone had their lunchtime
go-tos. My kids ordered the pizza. My husband gravitated towards Guy’s Burger
Joint. And I met my lunchtime match at the Lucky Bowl window.

I couldn’t decide between a lemongrass-chicken bowl and a
pork-and-noodle bowl, so I ordered both. A classic cruise move.