A little more than two years ago, on a warm October morning, I sat down for a coffee in a city on the edge of the Mediterranean. The café was distinctly modern, all arty decor, flatscreen TVs, Wi-Fi and – Ink Café Resto – clipped 21st-century name. But there was plenty about the scene outside – the horn-honking of cars in traffic; the lyrical rumble of voices talking in Arabic; the name of the street, Rue Cairo – to denote a place of real heritage and depth.

So, I stayed for half an hour, stirred my latte, watched Rihanna flit through another video and pondered that here was a metropolis with a future where once it barely had a present.

There will be few, if any, tourists thinking along the same lines anywhere in Beirut at the moment. The bomb blasts that struck the city’s Iranian Embassy last month, killing 23 and injuring more than 160, has seen to that – a worrying throwback to the 1980s, when explosions were regular events in the Lebanese capital as the country was eviscerated by civil war.

The grim truth about this new bloodshed is that it was not unexpected. Lebanon’s fortunes have long been linked to those of its neighbour Syria, and this overspill from the increasingly bitter internecine conflict there, along the Sunni-Shia faultline, was always probable.

But there is an extra sorrow in that, after its terrible 20th century, Lebanon was starting to look forward. For all its troubles, Beirut is a city of burgeoning style. In Gemmayzeh, chic bars cater to a young crowd, while Hamra dispenses that splendid cacophony and clutter – pungent aromas drifting from hookah pipes – that characterises the urban Middle East.

Nor is the capital alone as an alluring corner of the country. History and culture abound throughout Lebanon. In the south, a 13th-century Crusader castle adorns the harbour in Sidon (Saida) and Tyre sings of the past at the Al-Mina acropolis, a pocket of tumbled Roman glories. In the north, Byblos still has archaeological shards of its days as the Phoenician capital. And when I headed east, to Baalbek, I encountered a Roman citadel as majestic as any in Italy.

Many of these sites are now vanishing behind an acrid pall of smoke. Since my visit, the Foreign Office has ruled against “all travel” to the eastern half of the Bekaa Valley, which includes Baalbek, and “all but essential travel” to the western half. Sidon witnessed running gun battles last June and has also been placed on the latter list.

Of course, tourism matters not a jot when the death toll in Syria has leapt beyond 120,000 and Beirut is living in fear of regression. But when I drink the last bottle of excellent red wine I bought amid the vineyards of the Bekaa Valley, I will do so rather sadly. It will surely be as near as I come to this delightful, damaged country for a considerable time. 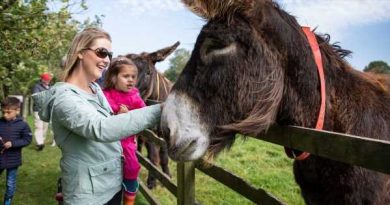 Enjoy lunch alongside 200 rescue donkeys at seaside restaurant in Devon

How to avoid scams when booking your next holiday 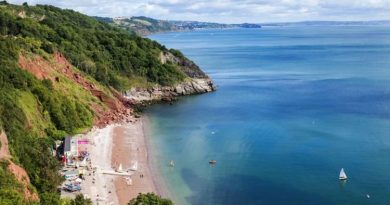 English Riviera: What to do in England’s answer to the South of France – staycation tips