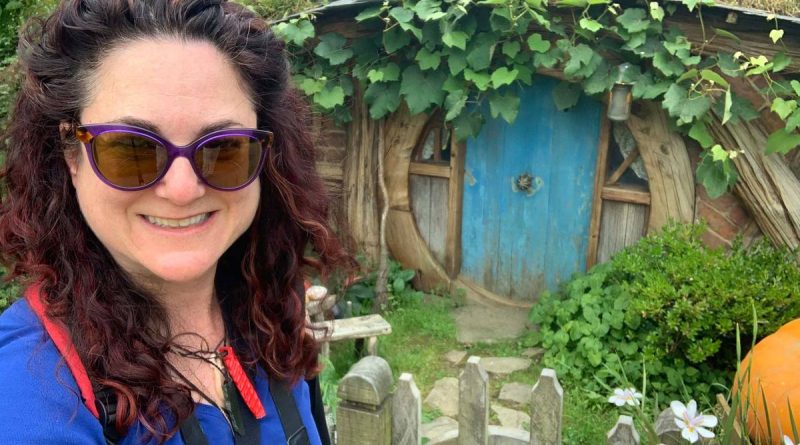 After an accidental 18 months in New Zealand, American traveller Heather Markel reflects on all the reasons Aotearoa has begun to feel like home

I arrived in Christchurch February 21, 2020 from New York City. New Zealand was the first stop on my round-the-world nomadic journey. It began at an AirBnB in Cashmere. 18 months and six visas later, I’m still here.

Now, as the possibility of leaving New Zealand becomes a reality, I’m finding it difficult to go.

In my first week on the South Island, everything was so expensive that I planned to leave three weeks later. My intention was to fly across the Ditch, see one of my best friends in Sydney, then continue towards Africa. I zipped around Dunedin, Lake Tekapo, Te Anau, Milford Sound and Queenstown, then made my way to the North Island. As I watched Covid numbers increase in Africa and Australia, I began rethinking my plans.

I was in Rotorua when the pandemic was declared. Rather than go to Auckland, I chose Kerikeri, presuming it would be less touristy. After a week there, I had to choose whether to fly back to the epicentre of the virus or stay put.

I stayed, and have grown to love New Zealand like it’s home. Here are a few reasons why:

I’m used to a world of locked homes, cars, safes, and lawsuits. Travelling throughout New Zealand, I’ve been in many homes where none of the doors are locked. Just recently, I awoke at 5.30am hoping to see the Matariki, and discovered my house door was not only unlocked, but also ajar.

I can leave my cellphone or wallet on a table, walk away, and know they’ll still be there when I return. I don’t know any place else on Earth with this sense of security.

I’ve made wonderful friends around the country. Many of them have given me a place to stay and all of them have shown me a piece of their wonderful country. There are lookout points, hiking paths, honey shops and views I’d never have otherwise found.

When I’ve had a hardship, people have bent over backwards to help me. I had difficulty converting my expired US driver’s licence. AA employees thought outside the box until we eventually found a solution. The kindness extends even to the supermarket. This week at New World, I wanted half a red cabbage. There was only one full head remaining. An employee cut it in half for me. I’ve found everyone wants to jump in and help and it’s an endearing quality.

On my last visit to Wellington, I hoped to see Jacinda. I’ve wanted to thank her, personally, for keeping us safe. I didn’t get the chance, but have the feeling if I did see her, she’d at least wave and say hello. Perhaps you can pass on my thanks.

My breath was momentarily stolen by the view in Queenstown. I watched the convergence of the Tasman Sea and Pacific Ocean at Cape Reinga. I travelled through time watching the prehistoric gait of kiwi out for an evening meal at Marsden Cross. I was brought to tears in the presence of a live haka at the All Blacks game vs Australia.

I’ve lived in Northland and travelled around the South Island twice. I’ve searched for pounamu, driven on beautiful coastal roads, and cheered when New Zealand won the America’s Cup. I took a Matariki lantern walk, marvelled at Chris Booth’s sculptures and happily drank my way through several of New Zealand’s vineyards. I’ve been awed by the giant Koutu and Wairere boulders and returned to innocence in front of magical fairy homes.

I’ve hiked a volcano, put mud on my face, visited the Shire and gone through the Hole In The Rock twice. I’ve been spellbound by seas, mountains and rainbows. Even though I’ve seen a lot, there’s so much more I’ve yet to discover.

I’ve been to 25 countries in the past four years. The indigenous peoples of each have not fared well. (Not to mention in my own country.) I’ve been delighted by the reparation efforts in New Zealand. I’ve tried to learn te reo Māori, been to the Waitangi Treaty Grounds twice, explored the new Te Ahurea, and toured the Kemp House in Kerikeri. Milli, my guide, indulged me with a fascinating discussion about Māori history.

I saw the movie James and Isey and found it heartwarming. I reached out to James who made time for a coffee. We had a fascinating discussion about the film, tikanga Māori, what it means to be a tohunga, and the state of the world. I don’t know any other country where a movie director and star would even respond.

I was in Napier for a recent quake. It was my first big one. I was terrified, perhaps mostly about returning to sleep under the roof of a house that had just swayed. The next day, meeting random Kiwis out for a walk, they all had the same relaxed attitude. No one seems to worry about things outside their control. I’m also impressed at how fit most people are, well into old age, and quite jealous.

I have a new relationship with nature

In New York, nature is Central Park; a distant oasis from most of the city. In New Zealand, I’ve gotten used to green views in every direction. I now recognise the call of the tūī, the heavy wing-flap of the kererū, and delight in saying good morning to the pīwakawaka (fantails) that fly in my path. I take moments to be still and connect with these sights and sounds, knowing I’ll soon be leaving them behind.

When I first saw people walking barefoot in the street, I thought they needed money for shoes. I quickly learned this custom is about connecting to the earth. I now shed my shoes a lot. I even did a shoeless grocery shop in New World, which felt deliciously naughty.

I’ve eaten fruits and vegetables I’ve never heard of and learned about the healing properties of native plants. I’m making as much kawakawa balm as I can before I can’t pick the fresh leaves anymore. I delight in how everyone grows their own food, something I’ll greatly miss in the New York supermarkets.

I’ve enjoyed mānuka and kanuka honey. I’d never have thought to put it on my face, but now use it in my cosmetics as well as with a cuppa.

I've learned to be more mindful of waste

I know we’re wasteful in America but I hadn’t been so conscious of my own waste or how to fix it. I’ve learned how resourceful Kiwis are with, well, everything.

Food has been the most impactful lesson for me. At home, leftovers aren’t always saved. Even when they are, they often end up forgotten and discarded. In New Zealand, I’ve watched friends transform last night’s dinner into an entirely new dish. Just this week, at the supermarket, I realised I’ve begun asking myself, “What’s in my refrigerator and what will mix well with that?”

I’m sad to leave this team of five million. I’ll miss hearing “Kia Ora”, “sweet as” and the Kiwi accent – hopefully, I’ll never again confuse it with the Australian one (forgive me!).

I’ll miss red and golden kiwifruit, and shopping and volunteering in the op shop.

One last adventure I hope to have before leaving is meeting Lucy Lawless. I’m a longtime Xena fan and dreamed of being her sidekick.

I don’t know when Aotearoa stopped being a country I was visiting, and started feeling like home, but it has. Thank you for allowing me to discover the richness of your land, your people and your culture.

Ka kite anō au i a koutou. Hope to see you again soon.

After nearly 18 months in New Zealand, American traveller Heather Markel is heading home to the US soon. Read more from her at HeatherBegins.com

WORST budget airlines in Europe revealed – where did Ryanair and easyJet rank?