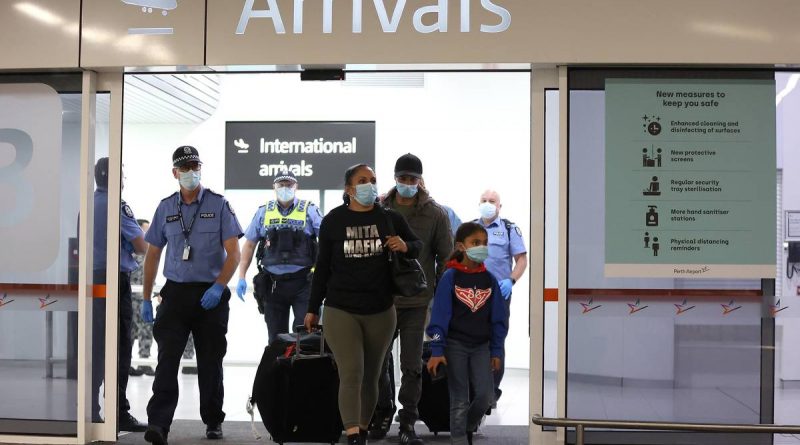 Professor Shaun Hendy, of Te Punaha Matatini, said the April 19 opening of the long-awaited bubble marked a “significant milestone” in our pandemic response.

“Given that Australia has also managed a successful elimination strategy and have excellent surveillance systems in place, travellers from Australia currently pose little risk,” he said.

“Should an outbreak occur in one of the Australian states we would learn about it quickly and our Government would have time to take steps to manage travel from any affected region.”

Nonetheless, Hendy said anyone travelling to Australia should be aware that their plans could be disrupted by outbreaks on either side of the Tasman.

“Both countries have had failures at MIQ facilities from time to time, and when this happens, travel restrictions may need to be brought back in,” he said.

“Travellers should be prepared for an extended stay or to self-isolate or quarantine on return.”

A traffic-light framework released by the Government set out three scenarios – “continue, pause, suspend” – in the event of any Covid-19 cases in Australia.

If there was a case of unknown source in a state, flights in and out of that state might be “paused” for up to 72 hours, and travellers might be caught in a short-term lockdown and be required to go into managed isolation on arriving home.

In the instance of a wider outbreak, flights could be extended for an extended period, there could be a longer lockdown.

But provided there was no significant community outbreak in Australia, there was a “very low risk” of New Zealand importing cases, fellow Te Punaha Matatini modeller Professor Michael Plank said.

“If there was a community outbreak in Australia, the risk of importing it into New Zealand could rapidly escalate at pre-Covid travel volumes,” he said.

“This is why it will be critical to act swiftly if this does happen.”

Plank said the response to a new community case would be based on the same sort of decision making we have seen used here.

“A sensible rule-of-thumb would be that if a state government imposes restrictions locally, travel from that state would be paused while the lockdown is in place, and travellers required to self-isolate on return once lockdown is lifted,” he said.

“People should factor this in when they buy tickets and have contingency plans if they have to delay travel or self-isolate on return.”

Plank said it would be important that New Zealand and Australian authorities could efficiently share contact tracing information if needed, and get in touch with people who were potentially exposed prior to travelling.

To help with this, Australian visitors will be asked to install and use the NZ Covid Tracer app while they are here.

University of Auckland tech expert Dr Andrew Chen pointed out this was unlikely to be a mandatory requirement.

“Travellers going from New Zealand to Australia will find that there is a federal-level Bluetooth-based CovidSafe app which is voluntary, and state-level QR Code-based apps which is mandatory in some public places in most states,” said Chen, a research fellow at Koi Tū: The Centre for Informed Futures.

“It is particularly important for people travelling across borders to participate in digital contact tracing, as air travel allows people to travel and therefore potentially transport the virus large distances very quickly – combined with more transmissible variants of the virus, speed becomes more important in containing the spread of Covid-19.”

Ultimately, Plank saw the bubble was one of the benefits of the elimination strategy that both New Zealand and Australia have successfully pursued.

“This could be a blueprint for a wider safe travel zone, which other countries that have eliminated Covid-19 may eventually be able to join.”

The announcement comes after University of Otago health experts called on New Zealand to undertake a “benchmarking” exercise with Australia, to beef up our borders.

That included offering vaccinations to arriving travellers, accepting fewer arrivals from “red zone” countries like the US, UK and India, scrapping shared areas in MIQ, and mandating daily PCR-based testing of saliva for MIQ workers.

“Collectively these measures are likely to reduce the risk of outbreaks that could threaten the sustainability of the transtasman green zone – and threaten the lives of New Zealanders while the majority of us await getting vaccinated against Covid-19,” Otago epidemiologist Professor Nick Wilson said.

He agreed there was potential for the bubble to be widened to other jurisdictions where the virus had been cleared, such as Taiwan and China.

“But to ensure the success of this transtasman zone, the New Zealand Government should also do much more to reduce the risk of outbreaks arising from travellers from the ‘red zone’ countries.”

Winter Holidays: Get the most for your money by visiting this European Christmas Market