New Zealand’s travel bubble with Victoria will be paused while the source of infection of the five cases announced in Melbourne in the last two days is investigated, Covid-19 Response Minister Chris Hipkins says.

In a statement this afternoon, he said the pause will come into force from 7.59pm (NZ time) and be in place for 72 hours initially.

As with previous pauses, it will be under constant review.

“While the [new Melbourne community] case announced today is not unexpected as a contact of a case announced yesterday, New Zealand officials have assessed that the most cautious option is to pause the travel bubble with Victoria as there are still several unknowns with the outbreak.”

Hipkins said the Government understands the disruption this will temporarily cause affected passengers.

“It was a close call but the correct one given the current unknowns. The decision follows the travel bubble framework.”

He said that anyone in New Zealand who has been at a location of interest in Melbourne at the specified time should contact Healthline on 0800 358 5453 as soon as possible for advice on isolating and testing.

Anyone who has visited Melbourne since 11 May should monitor for symptoms and seek advice from Healthline if any symptoms develop, Hipkins said.

Hipkins said a Section 70 notice has been issued under the Health Act with a number of requirements for any person who attended a location of interest.

Earlier today, Victorian authorities put in place restrictions, which come into force tonight, limiting the size of gatherings and requiring the use of face coverings indoors, following confirmation of a fifth locally acquired case of Covid-19.

Whole-genome sequencing identified that the cases reported yesterday are closely linked to a previous case identified in the community in Wollert on May 11 after leaving managed isolation in South Australia, Hipkins said.

An epidemiological link has yet to be determined between these cases and there is currently no known link between people in the current outbreak and any of the exposure sites from Wollert.

Speaking to reporters in Dunedin this morning, Prime Minister Jacinda Ardern said New Zealand health officials were “in close contact” with their counterparts in Melbourne.

She said the Government was having a “discussion as a team” as to whether the new cases in Melbourne would impact on two-way travel.

Last night, NZ’s Ministry of Health advised Kiwis who have recently travelled to Victoria to check a growing list of locations of interest.

This is not the first time there has been a hiccup with the transtasman bubble.

In early May, quarantine-free travel between New Zealand and New South Wales was suspended for two days after new community cases were discovered in Sydney.

When the NZ Government unveiled its transtasman bubble plans, it laid out a contingency whereby quarantine-free could be paused in the event of an outbreak. 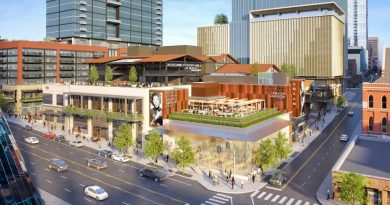