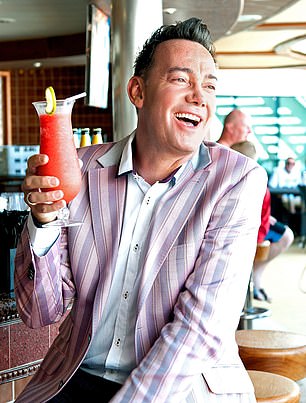 Craig enjoying a drink on a Med cruise

The first holiday I remember

It was a week in Forster, north of Sydney, when I was nine. It was pretty disastrous. On our first day on the beach, one of my sisters gashed her foot on a bottle.

Then I got really bad sunburn surfing the waves and couldn’t go back in the water for the rest of the holiday.

When I was three we moved from Australia and settled in Fareham, Hampshire, because my father was training to become an officer in the Australian Royal Navy.

On my first day at primary school I remember being kitted out with plimsolls, because we didn’t have those in Australia. I loved all the hot school dinners because we only had packed lunches back home. We stayed in England for two years, then returned to Australia.

When I was 11 we went on a bushwalk in the Blue Mountains, west of Sydney. I hated every minute of it.

We slept in tents on a beach and I freaked out because lots of crabs tried to join us.

I also had to take salt tablets because I became dehydrated. To cap it all, a bull ant bit my toe, which swelled to triple its normal size, but I had to keep on walking.

My mum didn’t recognise me when I returned home – I’d lost a stone.

My best holiday ever…

Flying first-class to Australia for my sister Di’s wedding in 2012. When I touched down, I did things on my bucket list, including a balloon ride over Melbourne and climbing the Sydney Harbour Bridge. 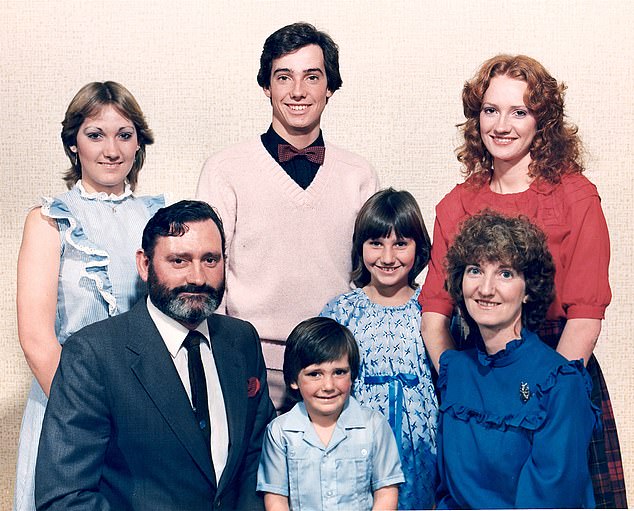 Close bonds: Craig, back row, pictured with his family in Australia

Travelling to Mombasa with my then boyfriend about 15 years ago. Unfortunately, our hotel burned down when we were flying out, so our operator found us another one along the coast. I’d planned a lazy break relaxing on lovely beaches. Instead, we spent the week fighting off monkeys who tried to steal our belongings from the hotel balcony.

My USB charger – you can’t do anything without internet access.

The Maldives, if I ever get any time off, darling! The white sands and crystal waters look so beautiful, like something in a Disney film.