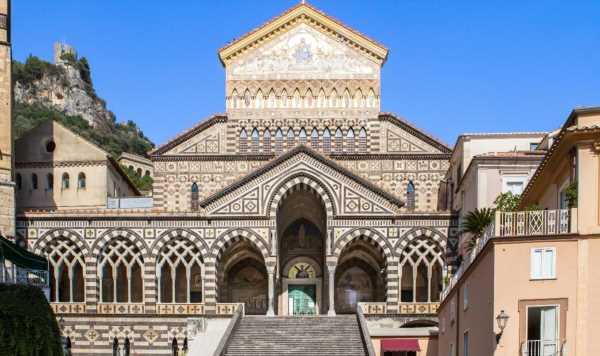 Italy: Woman poses for nude photoshoot in front of cathedral

Tourists behaving badly in Italy have made headlines this year. From driving a car down Rome’s Spanish steps, skinny dipping in Venice’s canals and smashing sculptures in the Vatican, some have said tourists are out of control.

In this incident, three tourists took part in a photoshoot on the steps of a cathedral in Italy’s Amalfi region.

One of the group, a woman, was captured on camera by locals as she posed for photos with just a strip of red material covering her.

The shoot took place at the Duomo di Amalfi – a cathedral said to hold the relics of St Andrew.

At least one of the tourists is thought to be from England according to local outlet, Positano News.

Laura Thayer, an Amalfi resident and art historian, told CNN the incident was “so shocking” as it took place at the cathedral.

She said: “The Duomo is a place of worship and a place very close to the heart of the Amalfitani.”

A local woman who videoed the shocking event can be heard saying the tourists are “crazy” and “naked at the church”.

The cathedral dates back to the ninth century and is a popular tourist attraction with visitors in the area.

According to Positano News, the three tourists, who hadn’t sought permission for the shoot, were apprehended by the police.

A representative for the Amalfi police told CNN that the police had referred the group for “obscene acts in a public place”.

According to Statista, over 90 percent of Italians were formally members of the Catholic Church in 2020.

Around 20 percent of the country described themselves as practicing Catholics in the 2020 research.

Italy’s Amalfi coast is extremely popular with tourists but some residents have struggled to cope with the influx of visitors.

The region introduced strict numberplate rules for the summer where tourists with odd number plates could use the coastal road on odd days.

In Sorrento, another popular Italian destination, bikinis were banned due to tourists walking around the town in swimwear.

Although tourists can still wear bikinis at the beach, they must put on clothes to walk around the popular town.

Venice’s mayor even promised a dinner to anyone who helped him apprehend two tourists filmed surfing on the city’s canals this summer.

The mayor also shared his anger over graffiti sprayed on one of the city’s churches this summer.

Another tourist sparked rage when he rode a moped through the ancient ruins of Pompeii in southern Italy.

The tourist is thought to have entered the complex through a gate used by official vehicles at the site.

Airline Kicked Man Off Flight For Taking a Sleeping Pill 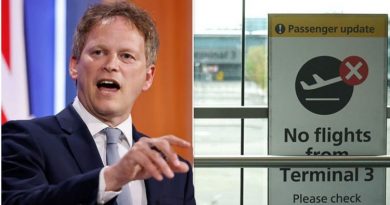