A RELAXING cruise on the Voyager of the Seas became a trip from hell for Australian families when the ship was overtaken by a rowdy group of more than 1000 businessmen who held wild burlesque parties and filmed young passengers with their phones.

About 1300 workers from Indian tobacco company Kamla Pasand boarded the ship for a conference shortly after it left port during the September voyage, A Current Affair reported.

They took over the pool decks, bars and buffet, blocking other passengers from using the facilities and forcing them to seek refuge in other parts of the 3000-capacity ship.

The company workers held wild parties on the ship. Picture: A Current AffairSource:Supplied

They also brought their own food on board and took over the ship’s outdoor screens, which played the tobacco company’s videos.

They also brought on board burlesque dancers and women dressed as Playboy bunnies and held huge parties on the main deck.

“It was almost like a huge bucks party — a bucks night for 1200 people,” Sydney passenger Cassandra Riini told A Current Affair. There were 3000 people on the ship in total, with about 1300 of them workers from the tobacco company. Picture: A Current AffairSource:Supplied

“Their doors would be open and you would walk past and be like what am I going to be looking at when I walk past this door?”

The passenger said some of the men filmed her daughter and her friends with their phones.

“It is hard to forget after seeing all the flashbacks of these men around all the time, 24 hours a day, like we could not escape,” she said.

NSW woman Christine Weyling said she was appalled by the antics of the businessmen on board and said Royal Caribbean should have notified passengers such a large group would be on their voyage. Families were blocked from the ship’s buffet and had to eat in other parts of the ship instead. Picture: A Current AffairSource:Supplied

“It was crazy … little Playboy bunny outfits, you know this is a family boat,” she said.

“I think that they should have notified us that there was a big group that had been booked and had booked the pool deck out … everyone on that ship should have been notified.”

Royal Caribbean International has investigated the complaints and issued full refunds to passengers. 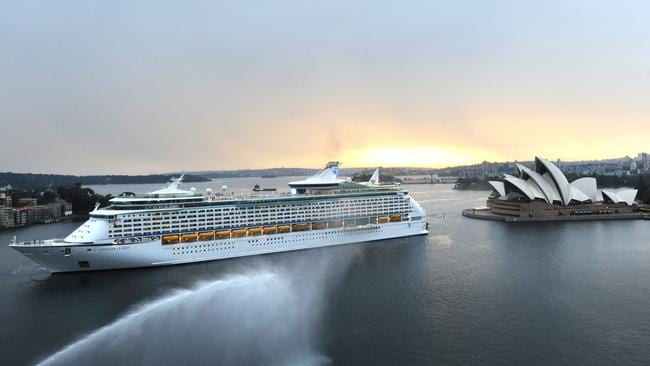 Other passengers on the Voyager of the Seas were offered refunds. Picture: SuppliedSource:Supplied

Earlier this year, terrified passengers cowered for safety in their cabins as violent chaos erupted on the Carnival Legend, prompting Carnival Cruise Line Australia to take the unprecedented step of kicking passengers off the ship.

Videos captured days of fighting brawling during the 10-day South Pacific cruise in February, with guests saying they were “scared for their safety”.

There had also been threats to stab and throw people overboard, passengers said.

The Carnival Legend made an unscheduled stop on the NSW South Coast while returning to its home port of Melbourne to eject members of an unruly family, who were met by police.

Also in February, a group of Australian men on a bucks party were kicked off a P&O cruise ship after an after an out-of-control brawl broke out, forcing the ship to return to Sydney.

Police met the Pacific Explorer vessel at Bradleys Head on the north shore of Sydney Harbour and removed six men and a woman after the on-board fight.

One of the men involving in the brawl said it was “one hell of a bucks party, that’s it”.

Another said: “It was just boys being boys”.

CRUISING HAS A VERY DARK SIDE1:06 Cruising has some dark secrets the industry doesn’t want you to know about.

People in Melbourne live better than in Sydney, report says 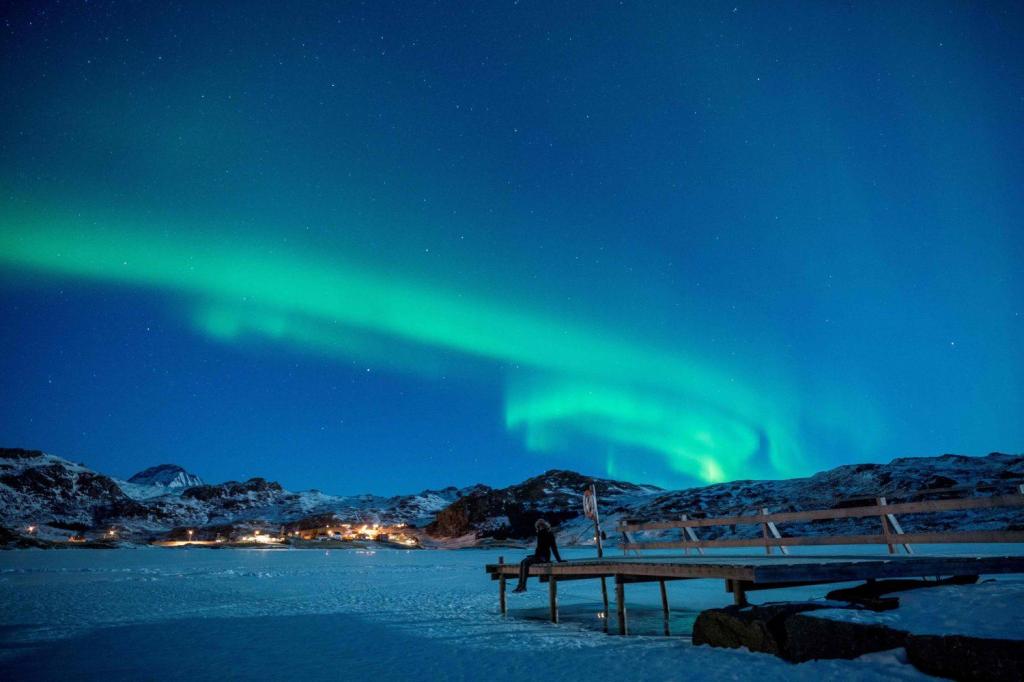