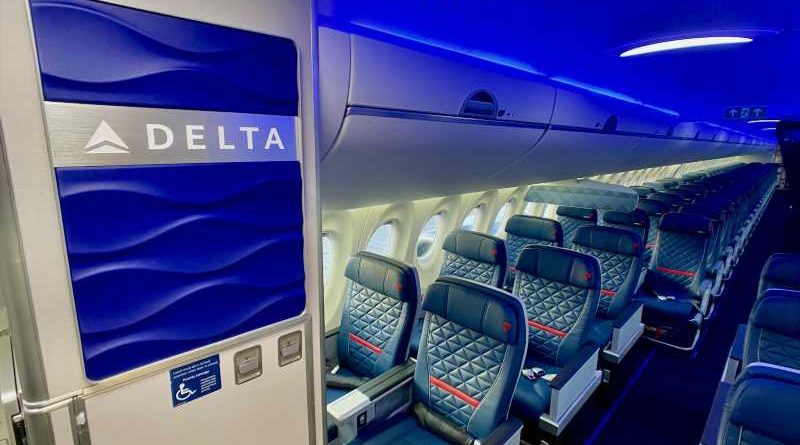 Delta’s focus city strategy is getting a makeover.

Over the weekend, the Atlanta-based carrier made two significant cuts from its route network in San Jose, California (SJC).

For one, Delta confirmed that its transcon New York-JFK to SJC service is getting pulled entirely.

The previous plan was to resume the route on June 6, after last flying it on April 1, 2020, per Cirium schedules. Now, flyers headed between the coasts will need to connect, or fly the JetBlue nonstop.

Additionally, Delta is temporarily suspending service to SJC from its hub in Detroit (DTW). Previously, the carrier was scheduled to resume the route on June 5, but that’s now been pushed to Sept. 7, skipping the busy summer season.

These cuts come just weeks after president Glen Hauenstein told the Raymond James investor conference that Delta plans to drop Cincinnati (CVG), Nashville (BNA) and San Jose as focus cities. As the carrier looks to rebuild its network, it’ll lean in on Austin (AUS) and Raleigh-Durham (RDU), as well as its nine domestic hubs, during the recovery.

Nashville and San Jose are among Delta’s newest and least-developed bases, making it easier to return them to be just typical spokes that it serves from its hubs.

Cincinnati, on the other hand, was once a hub for the carrier. But after Delta’s merger with Northwest Airlines, nearby Detroit started overshadowing CVG, with the company eventually downgrading the airport to focus-city status. The airline then closed its Cincinnati pilot and flight attendant base in 2020, at the height of the pandemic.

Now, the pandemic will turn Cincinnati into another ordinary pin on Delta’s route map. In this week’s schedule update, Delta dropped summer flights from CVG to Baltimore (BWI), Philadelphia (PHL) and Raleigh-Durham (RDU).

Of the two focus cities that Delta is keeping, the competition is heating up in Austin. American Airlines recently announced ten new routes from this rapidly growing metro area. Southwest responded with its own Austin-focused expansion, with its latest growth there giving it nonstop service from the city to a whopping 37 destinations this summer.

All told, Delta is planning to operate roughly 27% fewer flights networkwide in May 2021, compared to the same month in 2019. That number jumps to 45% when filtering down just to flights from Cincinnati, Nashville and San Jose. According to Cirium schedules, Delta flew 4,055 flights from those airports in May 2019, and is planning just 2,236 flights in May 2021.

Cruise Ship Rescues Over 100 Migrants Who Were Stranded at Sea