Plane delays can be unpredictable, but if you’re looking to hedge your bets you might want to book yourself on this particular airline.

FlightGlobal, an aviation data company, has named Delta the most punctual mainline airline in the world as part of its On-Time Performance Service (OPS) Awards, the Daily Mail reported. The company measures top carriers in the U.S., and found that 86.09 percent of Delta flights arrived on time in 2018.

The company analyzed more than 120,000 operated flights per day, as well as real-time flight status and departure and arrival data from over 600 global sources, according to the FlightGlobal press release.

FlightGlobal considers a flight to be “on time” if the aircraft arrives at the gate within 15 minutes of the scheduled arrival time.

Delta has been providing such punctual services for many years. Though 86 percent is an impressive rate of punctuality, it is only a 0.19 percent increase from 2017, meaning that the carrier’s excellent service is not only reliable, but consistent over the years.

According to FlightGlobal, this is the second year in a row for Delta to earn this distinction of punctuality. Behind Delta was Qatar Airways (85.88 percent OTP), followed closely in third by KLM Royal Dutch Airlines (85.04 percent OTP).

Qatar Airways was named the world’s most on-time global airline network, as opposed to mainline airline, when you factor in not only flights by the major airline but also its affiliates and partners.

As for budget airlines, the company found that Azul was the most on-time with an OTP of 86.47 percent, followed by Iberia Express (86.47 percent OTP) and Spirit Airlines (82.04 percent OTP). 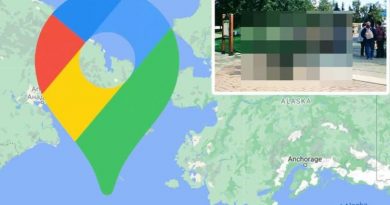 Inside the hotel 'at the end of the world'…