Home » Travel » Delta will stop blocking middle seats on May 1, last airline to do so 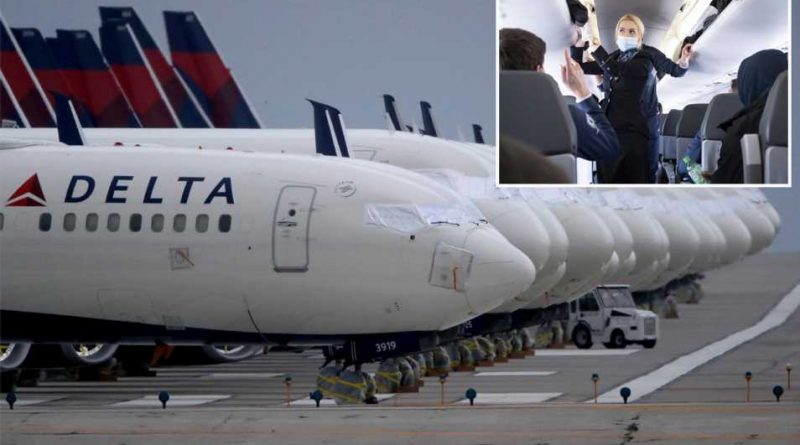 Delta will stop blocking the middle seat on its flights as of May 1 – making it the last major airline to take the safety precaution that had been implemented in the wake of the pandemic.

Their decision comes as more people prepare to brave airline travel for work and vacation as the United States tries to recapture the pre-pandemic travel bug.

‘Our customers have always been the voices that guide us at Delta, and that was amplified during the pandemic,’ Delta CEO Ed Bastian said in a statement announcing the shift.

‘During the past year, we transformed our service to ensure their health, safety, convenience and comfort during their travels. Now, with vaccinations becoming more widespread and confidence in travel rising, we’re ready to help customers reclaim their lives.’

Bastian stated that 65 percent of the people who flew Delta in 2019 will be at least partially vaccinated by May 1, helping prompt the revival of the middle seat.

Most major airlines started selling their middle seats months ago, but Delta stood out by keeping their April 2020 ban in place for what will be over a full year.

It had even become the deciding factor among some travelers who chose Delta specifically because of the middle seat restrictions.

Masks will continued to be required for flyers and other cleanliness measures taken by the company will remain in place, including onboard hand sanitizing stations.

Delta worked with the renowned Mayo Clinic to come up with many of their current policies.

The airline is also set to reintroduce in-flight snacks and beverages to flyers on April 14, with design influence from the Mayo Clinic.

‘We take great pride in the trust we’ve built with customers by listening and delivering on what they said was most important, and that is the approach you can continue to expect,’ Bastian continued.

According to a study referenced by Delta, the likelihood transmission of COVID-19 on a flight where everyone wears a mask is nearly 1 in 1,000,000.

Still, that didn’t stop the airline from blocking out the middle seat to enforce more distancing, likely at its own financial expense.

‘It’s expensive,’ Bastian said to CNN in February about keeping the middle seat blocked. ‘No question about it.’

Resuming sales of tickets for the middle seat doesn’t mean everything is reverting to the old ways for Delta, though.

‘Don’t confuse these actions with a return to ‘normal,” Bastian said in a memo to employees obtained by CNN Business.

‘We’re still operating in a pandemic, and many of the changes we’ve made over the past year, such as strengthening our cleanliness protocols and eliminating change fees, will be permanent.

‘Importantly, masks remain critical to our ability to safely welcome more people onboard our planes, and we remain committed to enforcing these requirements.’

In a previous interview with NBC Nightly News, Bastian suggested vaccine passports may become a requirement for international flights, but not domestic ones.

‘I don’t see that happening in the U.S, but I think internationally that’s probably going to be a requirement,’ Bastian said of the possibility.

Airline travel appears to be rebounding after slowing during the height of the pandemic, with the TSA screening a record number of passengers during spring break season.

According to CBS News, the TSA screened at least one million passengers across the United States for at least 17 straight days beginning in mid-March.

The industry still isn’t anywhere near 2019 levels, however, with the 1.4 million passengers screened on Sunday minuscule compared to the 2.0 million screened on the same date two years ago.

The volume of air travel remains at around 66 percent of the pre-pandemic levels as the CDC continues to encourage people to postpone travel plans.

‘Travel increases your chance of spreading and getting COVID-19,’ the CDC website says.

‘Delay travel and stay home to protect yourself and others from COVID-19, even if you are vaccinated.’

Take a trip to Bruges for under £100 a night