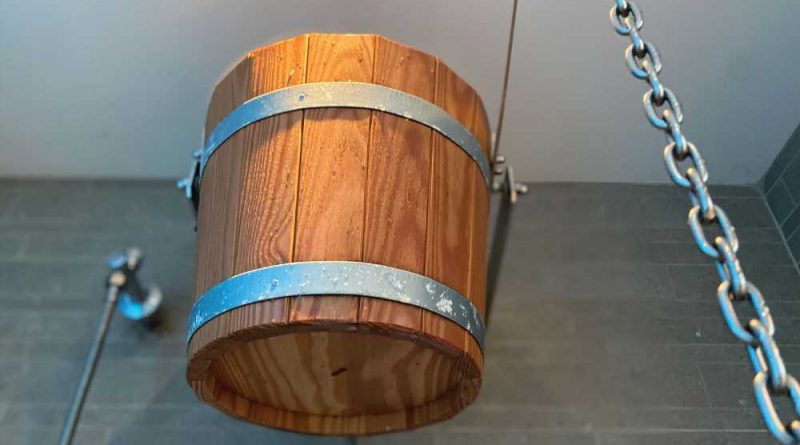 ABOARD THE VIKING OCTANTIS — I was in a square shower room. A wooden bucket loomed over my head. I was daunted.

The bucket was filled with cold water and I imagined how cold it might be. I overimagined. A silver chain hung nearby and I knew that I was supposed to pull it — if brave enough.

The Viking Octantis, Viking’s first expedition ship, is full of toys for adventurers — kayaks, speedy special operations boats and even a pair of submarines. But as I was standing under this bucket in the ship’s spa, this felt like the most intimidating adventure of all.

I pulled the chain. 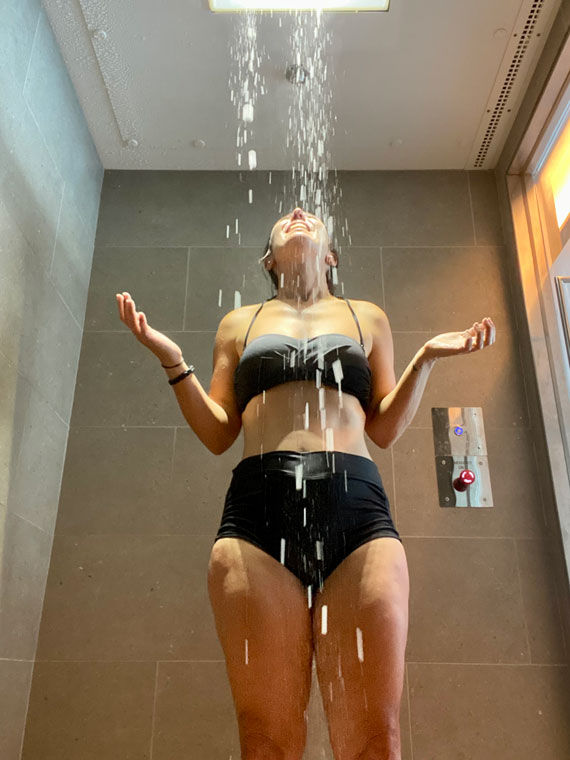 The water was just as cold as I imagined. I did everything I could not to yelp in surprise like this was the Ice Bucket Challenge of 2014. But unlike then, this bucket drenching followed 10 to 15 minutes in the steam room, and I was now refreshed and willing to do it again.

This feature on the Octantis is also found on the line’s seven oceangoing ships. Tapping the Scandinavian heritage of the line’s founder, Torstein Hagen, the practices of contrasting hot and cold experiences are meant to bring people more in tune with nature.

I returned to the steam room refreshed and stayed there another 10 minutes or so before my next adventure: the Snow Grotto. Here, I stood in the center of the room and snow fell from above my head, sometimes in flakes, sometimes in clumps like snow plopping off a tree.

I suddenly realized that I’ve never gotten snowed on in a bathing suit, which makes the whole experience more novel and cold.

After a session in the dry sauna, complete with round wooden paddles, I headed for the Experience Shower. This felt like an adult shower game: mix and match any combo of five shower options and temperatures.

The first option gave me the feeling of standing in the rain, and a second one made me feel like I was in a downpour. 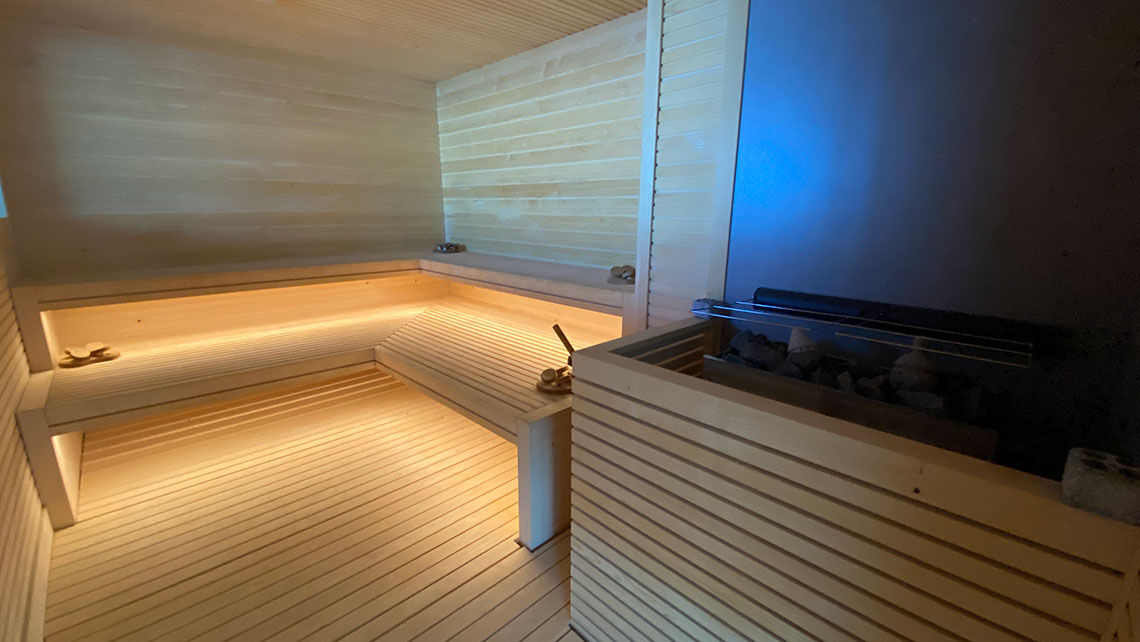 A third option featured a single, smooth stream of water as if a soda stream opened over my head. A fourth feature had three showerheads diagonally cross-spray me from my left and right sides. A fifth option was a handheld showerhead.

The Experience Shower was the most popular place to rinse off in the spa.

The Octantis doubles down on this transition from hot to cold waters in the aft of the ship at the Aquavit Terrace, a bar and pool area with a retracting roof.

There are three pools here. A Tepidarium infinity pool is accessible from both inside and outside. Outside, there is a Caldarium with hot water and the Frigidarium filled with cold water. Guests can climb pool ladders between the three tubs. 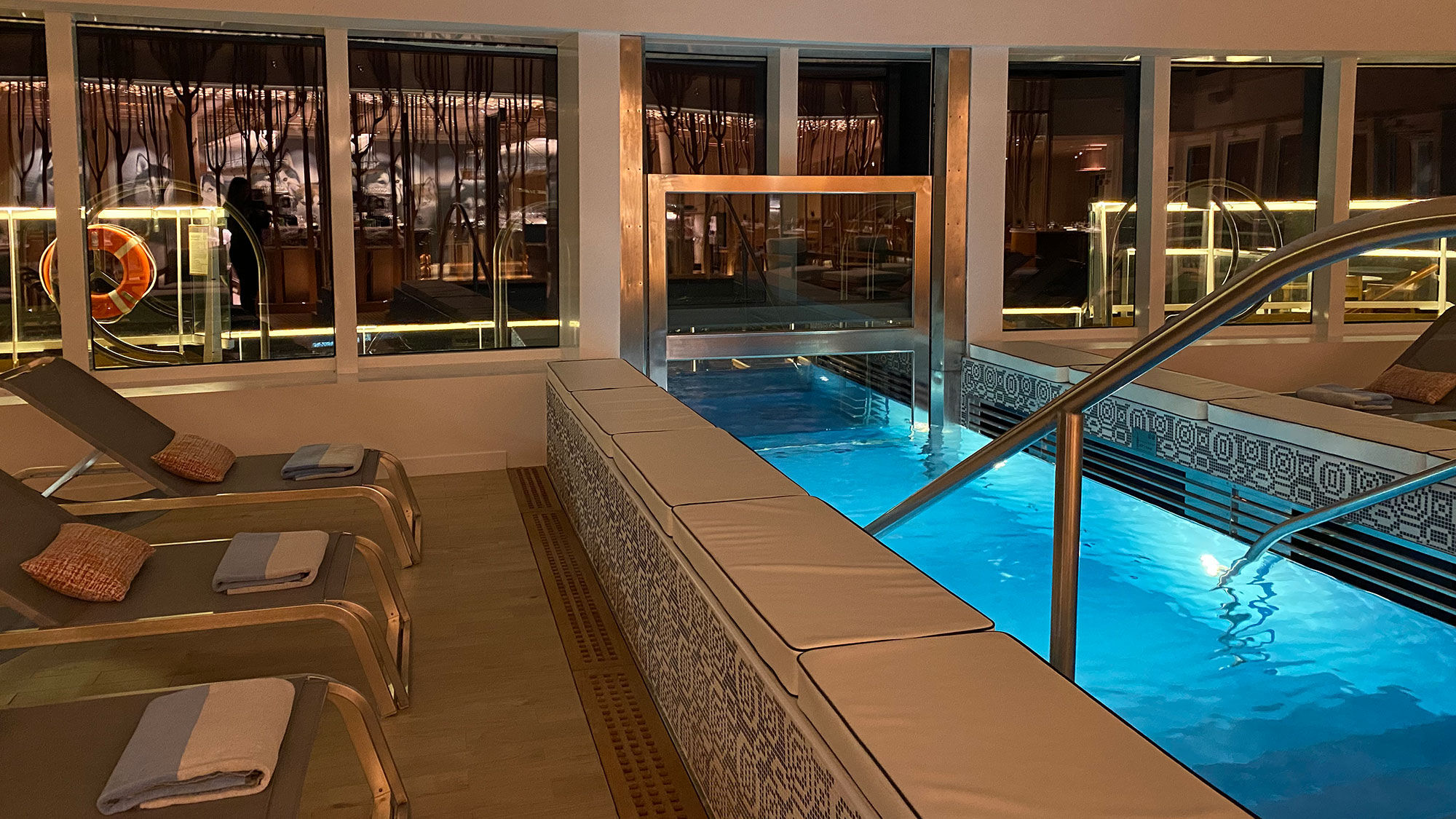 Back in the spa is the Badestamp, aka hot tub. What’s novel about the Badestamp on the Octantis is it sits behind a permanently half-open window, allowing the cool air and snow in the Antarctic to waft in and even pile up on the ledge of the tub. When it’s that cold, there is a basket of almost beanie-like hats to choose from to keep the head warm.

The spa on the Octantis builds on the experiences found on other oceangoing ships but makes improvements. In addition to the standard spa and sauna experiences, the Octantis’ mineral pool faces the windows on the port side. On ocean ships, the pool has no window view.

Another new element on this ship is the Hygge massage, which translates to cozy and comforting. It was performed on a warm bed of small quartz stones. I opted for a 50-minute upper body massage. 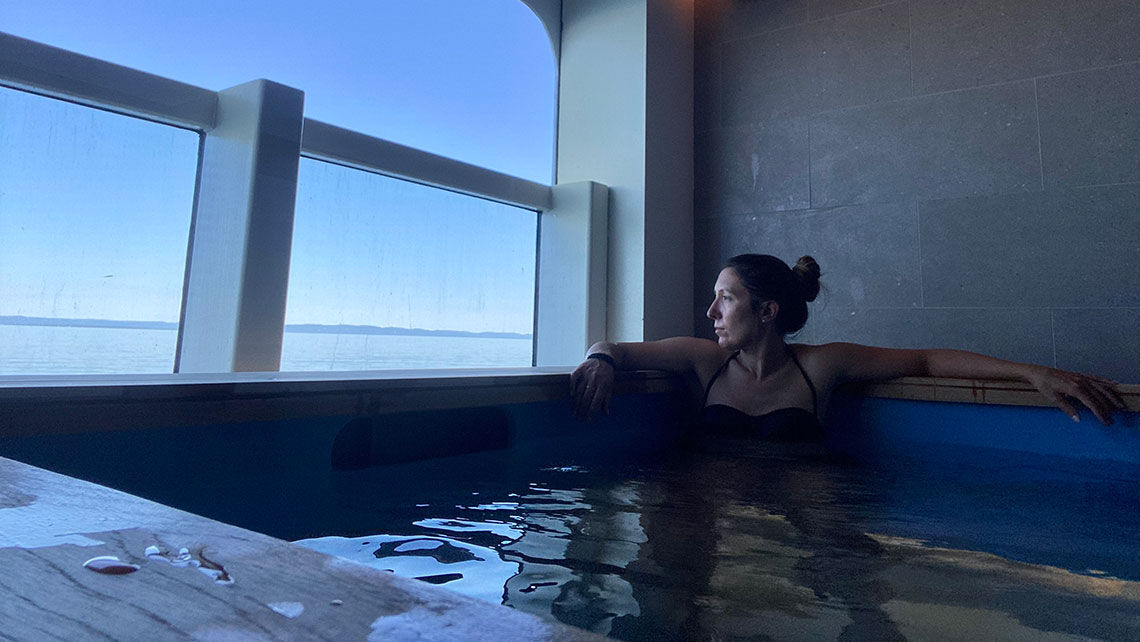 My masseuse started by piling the stones against my legs to warm them and loosen the muscles. The heat is said to be good for arthritis, muscular aches and pains because the heat increases circulation in conjunction with the massage. It felt almost like she was packing sand against my calves on the beach, except these stones were warm and comforting. The Hygge is also offered as an 80-minute full-body massage.

As refreshing as the massage was, I’ll go home remembering how it felt to stand under that cold bucket. 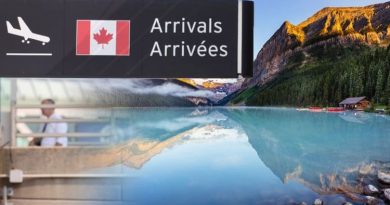 The top 50 most Instagrammed destinations for 2019 revealed