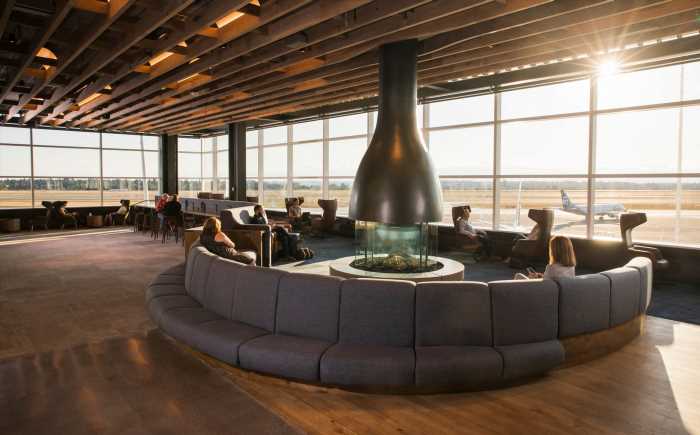 Many U.S. carriers issue airline credit cards with high fees that gain you access to their proprietary airport lounges. Not so with Alaska Airlines. There’s no premium Alaska credit card that gives you run of the Alaska lounge network.

Perhaps that’s because Alaska doesn’t have the sheer number of spaces provided by other airlines. It’s got a measly grand total of seven. Still, that doesn’t prevent Alaska from charging $450 annually for a membership! But guess what: If you’ve been playing the miles and points game for a while, you’ve almost certainly had access to the vast majority of Alaska Airlines lounges at some point through the Priority Pass program.

With Priority Pass, you get access to 1,300+ airport lounges worldwide. And if you hold one of the best cards for lounge access, you can get a free Priority Pass Select membership for free. This membership comes with unlimited visits, as well as guest privileges. And currently, you’ve got access to five of seven Alaska Airlines lounges.

Alaska Airlines lounges seem to be perpetually pushing around the revolving door of the Priority Pass lounge network; some enter, others leave. Rinse and repeat.

Currently, however, you can visit the following Alaska Airlines lounge locations:

The first three of these lounges have re-entered the Priority Pass network within the last few months, according to One Mile at a Time — perhaps the rest (all located in Seattle) will again rejoin soon enough! And while this is great news for those who frequent the above airports, it’s hard to forget our previous experiences trying to use Priority Pass to enter Alaska lounges. Erratic would be a good adjective.

Alaska lounges reserve the right to deny you entrance if there is restricted capacity (as all lounges do), but they seemed to have particular contempt for Priority Pass cardholders in the past. I’ve not been to an Alaska lounge since the above locations have reentered Priority Pass, but I’m hoping that it will be easier to enter them now. Since the number of flyers in the air is less than half of what it was last year, you’ll likely have an easier time entering an Alaska lounge in 2021.

Overall, this is a net positive for Priority Pass’ U.S. lounge network, which was somewhat limited compared to its overseas offerings.

There are a ton of credit cards that offer Priority Pass membership as one of their benefits. Check out the list below to see which one works best for you.

The information for the Hilton Aspire card, Chase Ritz-Carlton Credit Card and the Citi Prestige card has been collected independently by Million Mile Secrets. The card details on this page have not been reviewed or provided by the card issuer.

Alaska Airlines lounges are slowly making their way back into the Priority Pass fold. Five in, two to go. Alaska’s airport lounges are above average for a Priority Pass lounge, so this is welcome news when traveling through West Coast hubs.

Let us know what you think of the news! And subscribe to our newsletter for more posts like this delivered to your inbox once per day,

An alternative to the traditional travel agency model

WATCH: Walk to a haunted house in the Dublin Mountains – it takes just 1.5 hours!