Charlotte Sullivan was tasked with taking off and landing the easyJet Airbus six times under the watchful eyes of two veteran pilots before she could become a First Officer. However, during her first attempt, a flock of birds at low altitude caused her to make a “sharp turn to the right”, in an attempt to avoid them. While the feathery animals pose a great threat to aviation, pilots are taught to never avoid them, as it is more dangerous to fly off-route.

Despite her training, Charlotte could not stop herself from swerving to miss the hazard, it was revealed during ITV’s “Inside the Cockpit” series.

The narrator said in 2017: “Next up for safety captain James and training First Officer Christian is the only woman officer on board – 22-year-old Charlotte.

“She worked at a supermarket and took out a loan to pay for her training.

“This is Charlotte’s first-ever landing in a 70-tonne airbus and she’s spotted a potential problem. 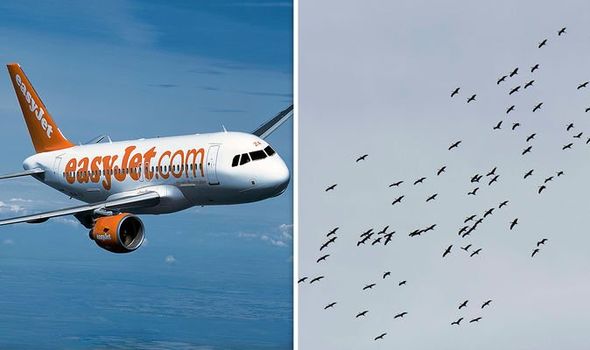 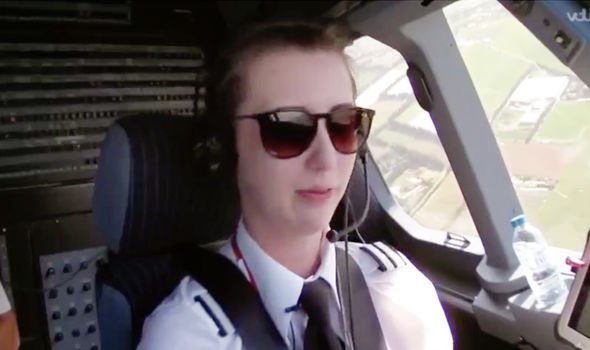 For the 8,000 flights that takeoff and land every day from the UK, bird strikes are the biggest hazard

easyJet: Inside the Cockpit

“Bird strikes are most common at low altitudes exactly where the cadets are spending most of their time today.

“For the 8,000 flights that take off and land every day from the UK, bird strikes are the biggest hazard.”

The documentary went on to reveal how the move caused the plane to land off the centre line of the runway.

It added: “They can cause serious engine damage and on takeoff can force planes to make an emergency landing.

“But surprisingly pilots are taught not to avoid them, particularly when coming in to land as sudden changes to the flight path can be even more dangerous.

“Charlotte correctly positions the plane for landing, she now needs to remember her training and ignore the birds.

“But she can’t fight her instinct to avoid them and bangs sharply to the right.

“Charlotte lands way off the centre line and just manages to get back on course to take off successfully.”

While the training pilot made light of the situation, joking with Charlotte, he did reiterate the seriousness of avoiding birds while landing.

He said: “Do you like animals? Don’t avoid them, they will avoid you. 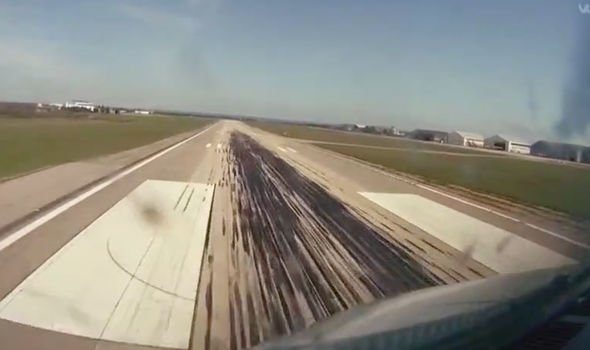 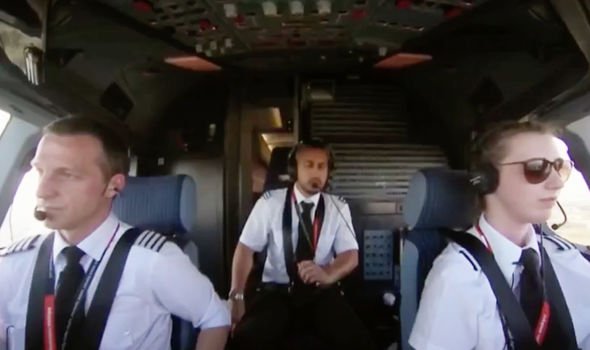 “You can’t go flying off to the right to avoid the birds Charlotte.

“Now, apparently women can multi-task, so laterally and vertically you have to keep hold of it.

“Don’t overthink it, just do what you’ve been taught.”

The move led Charlotte to admit “I did not even realise I’d done that until afterwards,” before adding “that was not good”.

Captain Chris Foster was in charge of easyJet flight EZY3025 from London Stansted to Dubrovnik, Croatia, in 2017.

Alongside him was First Officer in training Karl Hemingway-Thompson who was hoping to make the landing into one of Europe’s most popular summer destinations.

However, Mr Foster was soon forced to take over the controls in order to safely land the plane in 30mph crosswinds.