An easyJet flight headed for Ibiza was forced to make an emergency landing as a heated fight broke out between two male passengers on board. The travellers are reported to have been part of a stag-do party. Cabin crew operating the flight were forced to intervene and break the men up. Onlookers were left reeling after witnessing one of the men “spitting at a woman” on board. 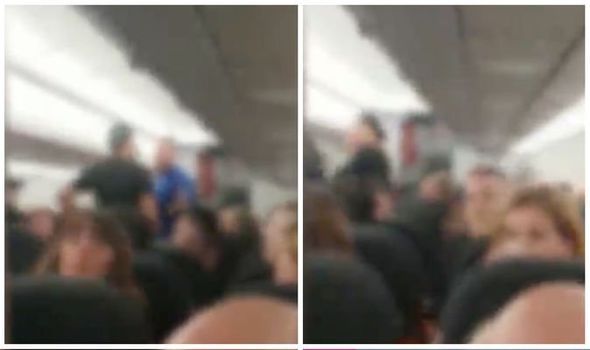 One woman got in the way, but a guy spat in her eye. It was disgusting

The easyJet plane was jetting off from Manchester to Ibiza when it was forced to reroute to Portugal to make an emergency landing.

The pilot then made the decision to redirect the plane to Faro, where seven men were escorted off the plane by airport security.

Though little is known about why the fight broke out, witnesses say four men towards the back of the aircraft began shouting and punching each other.

Both passengers and crew attempted to break up the fight, however things escalated when one of the men is reported to have “spat” in the eye of a woman who got in his way.

According to The Independent, an eyewitness named Nathan Belford, described the 10-man stag party as “howling with rage”, picking fights with both the cabin crew and another group of four travellers.

He also described the moment when the men began “pinching drinks from the front of the plane.”

“We couldn’t believe what was happening. We just wanted to go on holiday,” he said.

“Things first kicked off when the group at the back got into a fight. Punches were thrown, and the stewardess broke them up.

“But then they kicked off again, and passengers actually intervened to calm them down.

“One woman got in the way, but a guy spat in her eye. It was disgusting. 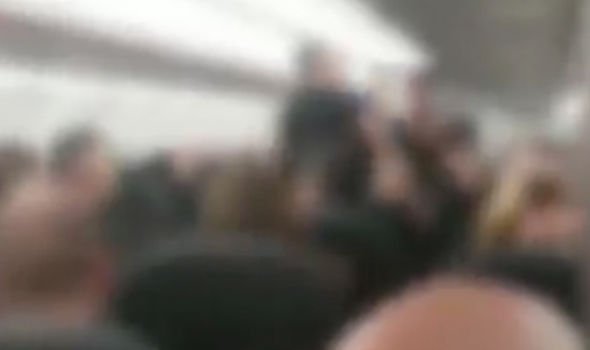 Another flier onboard managed to capture the moment on film.

The video, which has since gone viral, shows the cabin crew trying to break up the situation.

A male passenger can be heard complaining: “He spat on a woman.”

Meanwhile, there is an additional outcry of: “Disgusting.”

Another female points out “There’s children on the plane. He spat at a woman. No respect.”

An easyJet spokesman said: “We can confirm that flight EZY1903 from Manchester to Tenerife on 3 October diverted to Faro as a result of some passengers on board behaving disruptively and was met by police on arrival.

“The passengers were removed by police and the aircraft continued onto Tenerife.

“easyJet’s cabin crew are trained to assess and evaluate all situations and to act quickly and appropriately to ensure that the safety of the flight and other passengers is not compromised at any time.

“Whilst such incidents are rare, we take them very seriously and do not tolerate abusive or threatening behaviour on board.

“The safety and wellbeing of customers and crew is our highest priority.”

The plane did finally get back on its way after the disruption, however, passengers faced a two-hour delay. 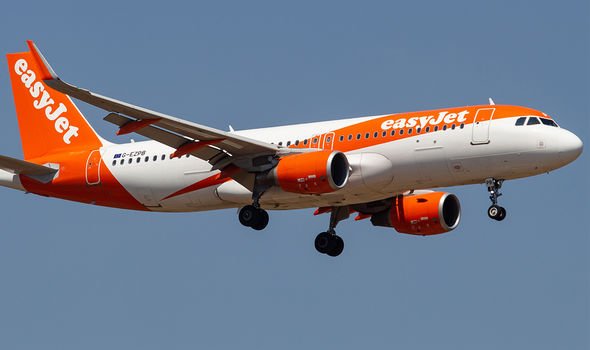 The latest flight disruption follows a summer rife with delays and cancellations, seeing easyJet being dubbed the airline with “the most flight delays.”

According to data, the airline saw a total of 19,400 flights disrupted over the peak season.

Paloma Salmeron, air passenger rights expert at AirHelp, said: “Airlines are repeatedly letting down their customers and this study reveals the true extent of the problem across the length and breadth of the industry.

“easyJet’s flight disruptions have increased by 16%* since 2017, showing that the airline is still failing its passengers when it comes to flight punctuality.

“Such regular disruptions reflect a complete disregard for air passengers.” 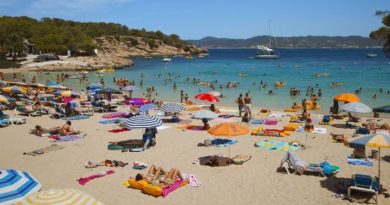 Britons head back to Spain – tourism at pre-Covid levels 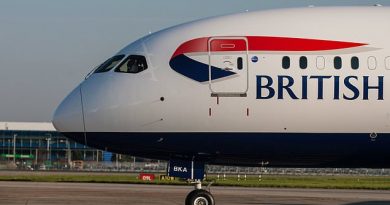 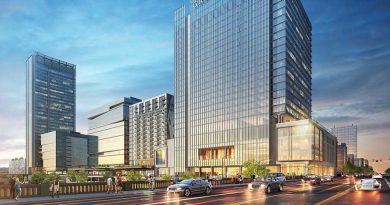