Home » Travel » Edinburgh staycation: Six best things to do in the Scottish capital 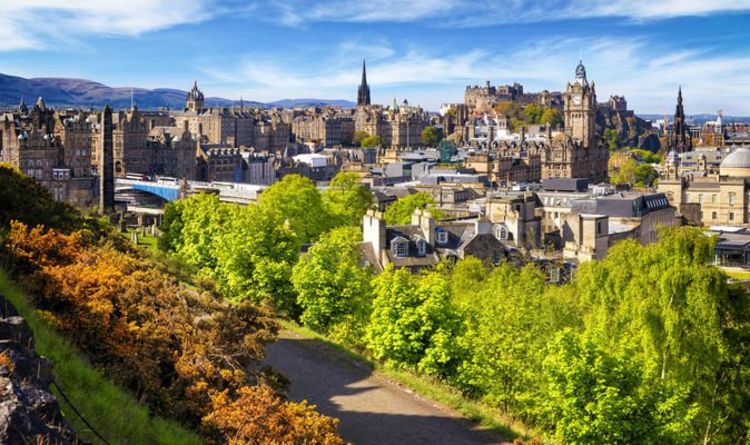 Travel: Mims Davies says staycations are 'the way to do it'

The Scottish capital has long been a weekend getaway favourite for Britons in need of a quick and easy break. But the city offers much more than fantastic pubs and Arthur’s Seat. From spirit tastings – and not just whisky – to beach time, Edinburgh may surprise its visitors in all the best ways.

Visitors to Edinburgh may all head to the Edinburgh Castle or Princes Street, but there is more to do in the city than follow everyone to its most obvious tourist attractions.

Royal Yacht Britannia
Her Majesty The Queen’s former floating palace for over 40 years has been named the best UK attraction by Which? Magazine.

Launched in 1953, one of the most famous ships in the UK sailed over one million nautical miles.

The perfect floating royal residence can be visited at the Ocean Terminal in Leith, Edinburgh and tourists can explore the State Apartments, crew’s quarters and even the engine room.

The Palace has associations with Mary, Queen of Scots and Bonnie Prince Charlie, and is now the place from which the Queen carries out official engagements when in Scotland.

There is currently a special display to commemorate the life of Prince Philip, Duke of Edinburgh, the Queen’s Consort who passed on April 17 this year.

Gin Tasting
It may come as a surprise to some, but Scotland is one of the biggest gin producers in the world.

Edinburgh has many distilleries that can be visited and a gin tasting should be on the cards for any spirit lover who find himself in the capital.

Edinburgh Gin Distillery has two locations, one in the city and one in Leigh, while Pickering’s Gin is right in the city.

Whisky Tasting
A visit to Scotland would not be complete without a spot of whisky.

There’s no need to go to Speyside or the islands to try the best Scottish whiskies, with Edinburgh the seat of the Scotch Malt Whisky Society.

The Vaults Members Room and Courtyard is on Giles Street, but there is also another venue, at 28 Queen Street.

Dean Village
A village in the city, Dean Village is on the river Leigh, just a few minutes from the centre of Edinburgh.

The picturesque village is a visitor’s favourite, with the Water of Leith and the Scottish national Gallery of Modern Art two highlights.

The suburb’s beach has two miles of sand and has won the Seaside Award.

Portobello Beach can get crowded in good weather, but it’s still worth a stop, with its Promenade and sand miles away from what most tourists think Edinburgh can offer.
Source: Read Full Article