Emirates A380 lands in Riyadh for 88th National Day

Emirates yesterday operated a special one-off A380 service to Riyadh in celebration of the Kingdom of Saudi Arabia’s 88th National Day. Upon landing at 1550hrs at King Khalid International Airport, the aircraft was met with a ceremonial water cannon salute.

The A380 one-off service, which operated as a full flight of 519 passengers, was proudly operated by UAE National Captain Talal Johar, First Officer Richard Markey and First Officer Alessandro Anselmi.

Set in a three-class configuration, the Emirates A380 that flew to Riyadh features 14 First Class suites, 76 flatbed seats in Business Class on the upper deck and 429 seats in Economy Class on the lower deck. Passengers in all classes enjoyed Emirates’ multi award-winning ‘ice’ Digital Widescreen entertainment system, offering over 3,500 channels of on-demand entertainment, including over 300 Arabic channels. The largest selection of programming in the sky includes TV shows, the latest films, games, podcasts and Live TV.

Emirates has been serving the Kingdom of Saudi Arabia since 1989, and also operates to Jeddah, Dammam and Medinah Al Munawarah. Emirates currently serves the Kingdom with 91 flights a week. 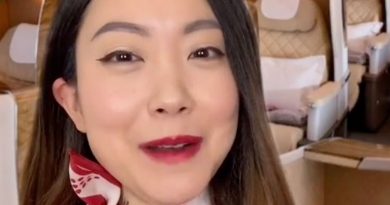