Former Emirates cabin crew have claimed that they had their weight monitored by the airline.. They said they could be suspended if they were judged to be overweight.

The ex-cabin crew said the airline authorities acted like the “weight police” and tracked employees’ weight.

Some employees were then put into the “Appearance Management Programme” if they had gone up a dress size.

The staff said they were told this was to ensure that they were putting on a “glamorous Emirates face” at all times.

The former staff also claimed they were threatened with pay cuts if they didn’t keep up the airline’s tough image policy.

Karla Bayson, who worked for the airline for nine years, told Insider that the strict dress code banned visible tattoos.

Staff were also only allowed red, clear or neutral nail polish and had to have neat hair at all times, according to the crew member.

While this might seem strict to people working in other industries, it is quite standard for cabin crew.

She told Insider she saw colleagues told to “lose it” if they had gained weight. Staff were then “checked again” in two weeks to see if they’d dropped the weight.

Bayson said that some staff were suspended from inflight duties because they had gained weight.

She said: “If they see you popping out from the uniform, they’re going to put you on the ground.”

The former cabin crew member claimed staff who had given birth were sometimes grounded until they had lost weight.

Another staff member claimed crew were encouraged to report other staff who had gained weight.

Any staff who had gained weight were given strict diet and exercise plans to follow and attendants claimed they could face pay cuts if they failed to lose the weight.

One ex crew member, Maya Dukaric, said that the airline’s “weight police” would approach crew at airports and say “Hey babe, you need to slow it down”.

An Emirates spokesperson told Express.co.uk: “As a global airline, we treat the wellbeing of our employees with the highest priority, and we believe being fit and healthy, both physically and mentally, is a critical aspect in them carrying out their duties safely and effectively.

“It may not always be apparent to our customers, but the responsibilities of our cabin crew are vast, and their ability to influence and achieve safe outcomes when needed, requires extensive training and a minimum standard of physical fitness.

“We’re proud of our colleagues who form Emirates’ cabin crew: who provide unwavering, exceptional service and who help maintain the safety and quality of operations and service Emirates is known for.

“We do not comment on internal policies or procedures or specific, confidential cases of existing or past employees.” 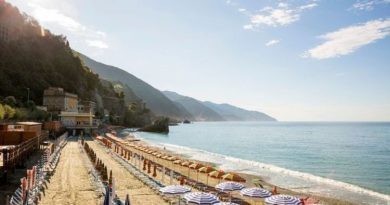 Booking a holiday? The Covid test rules you need to know

You don't need to worry about seasickness on these boat holidays