AccuWeather announced that a storm will soon be entering the central United States and making its way into the Midwest, bringing snow and possible travel delays on Thursday.

The storm will move eastward through Thursday bringing snow to the southern portion of the Corn Belt. Wyoming and Colorado may receive an inch of snow, but those in the central Plains like Kansas and Nebraska are expected to get a prolonged snowfall and a few inches into Thursday.

“Areas likely to get the most snow accumulating on the ground will be from I-80 in western Nebraska to around Goodland, Kansas,” said AccuWeather Storm Warning Meteorologist Rich Schraeger.

The snow is expected to fall on Thursday morning and during the afternoon. Chicago and Milwaukee could also receive snow.

“A swath of snow will streak across northern Missouri and even to the Midwest on Thursday night,” said AccuWeather Senior Meteorologist Brian Wimer.

While there are not any flight delays reported as of yet, it’s best to monitor one’s flight well in advance.

“Generally, snowfall amounts will top out around an inch or two before sunrise on Friday,” Wimer added.

AccuWeather estimates some travel delays with this snowstorm, especially for those driving as snow can create slippery conditions.

Holidays: Now is the best time to book hotels, cruises & city breaks thanks to big savings

Werner Herzog: ‘The world reveals itself to those who travel on foot’ 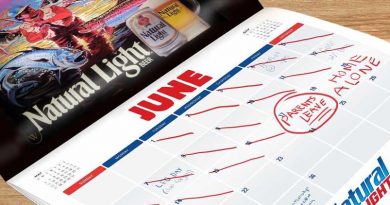