Home » Travel » Europe: Going with the flow on the Danube and the Rhine

Time seems to slow down as Ewan McDonald sails past the many treasures of Europe’s great rivers.

Welcome to the most famous places you’ve never heard of. The grand cities that line the banks of Europe’s great rivers — Vienna, Amsterdam, Budapest and more — have been gathering-places for the rich and famous, the conquerors and kings of the continent’s empires down through the centuries.

But between these majestic capitals are smaller places that were renowned in their day, and still retain their charm and their secrets, even though they may have slipped into the back pages of history.

Spaces, too: for miles on a river cruise from Amsterdam to Budapest, there are few signs of modern life, the ship meandering past castles and windmills, cliffs and fields lining the waterways.

Leaving Amsterdam, the small ship — mostly 100 to 200 passengers, often fewer — makes its way through gorgeous Dutch countryside along the tree-lined banks of the Rhine.

For long stretches, it cruises past pasture, passengers watching from balconies or enjoying the view from the top deck of cows grazing and even wading in the water, the view occasionally changing to a village or windmill.

Past the medieval village of Andernach, where Princess Heide von Hohenzollern greets visitors to 14th century Namedy Castle, once the home of emperors and kings, for concerts and tours, the ship enters one of the most scenic areas of the entire voyage.

The Rhine Gorge, also known as the “Romantic Rhine”, is a World Heritage Site. Here be dragons, too: drifting past a castle — or a ruin — at every bend, vineyards and orchards, and picturesque islands, travellers will hear the saga of Siegfried, who killed a dragon on a rock in the river; and the Lorelei. Beneath this 130m rock, three maidens protect a golden treasure by luring sailors to their doom in the treacherous currents. Yes, that Wagner opera.

Through the gorge, the charming wine-producing village of Rudesheim is a spot to relax and revive, perhaps an overnight mooring. Soon, the ship joins the Main River, so narrow and placid that travellers may feel they can reach out and touch trees lining its banks.

The jewel of this region is Miltenberg’s old town, another World Heritage site, of half-timbered houses that have not quite got around to stepping out of the Middle Ages. Its cafes and shops sell traditional German pretzels. Made from fresh rolled dough and best eaten within two hours of baking, these are far removed from the chewy, salty version found in the New World.

Past Wurzburg and its magnificent Residenz Palace, vineyards hike up vertical terraces as the ship inches under low bridges, through locks and past towpath towns to Bamberg.
Nearby Nuremberg’s name is written in its World War II and the post-war story; an unparalleled opportunity for visitors interested in all-too modern history.

This is Bavaria and they brew beer, bake (more) pretzels and serve sausages. The specialities should be on the menu at Regensburg, which boasts Germany’s oldest sausage kitchen, where one can find the best wurst.

Passau is “the last city in Germany”, where three rivers meet, and its baroque style is worth visiting in its own right. Many passers-through, however, will head for nearby Salzburg, home of Mozart, location for The Sound of Music, and the temptations of its chocolatiers.

Another option — especially for those who want to add another country into their passports — is Cesky Krumlov, a tiny World Heritage city with a huge castle across the border in the Czech Republic.

Back on the boat, the voyage continues along scenic stretches of the Danube to Linz, then Melk and its famous abbey. For many guests, a highlight is cycling to Durnstein, about 40km, through vineyards and flowers, charming villages and ruined castles.

Now, three capital cities in three days — each with its unique history and its distinctive present — the starched grandeur of Vienna (Austria), quirky impudence of Bratislava (Slovakia), poignant glamour of Budapest (Hungary).

Boarding at Budapest Station’s royal waiting room, the short journey, in carriages from the early 1900s, treats guests to a traditional game lunch and a tour of the monarch’s summer residence, Godollo Palace.

Three rivers, six countries, more than 20 centuries of history, art, culture, food and wine, tours and activities: it sounds like a lot to cram into two weeks. But when you go with the relaxed flow of a European river cruise, time seems to go past slowly — if not stand still. 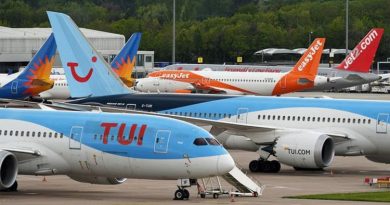