Since the Neolithic and Bronze Ages, Europe has been home to many of the civilizations whose innovations have shaped our world. Its landscapes have inspired some of the most celebrated artworks of modern times, and its cities and towns have been the sites of historic triumphs—such as the development of the printing press—as well as major tragedies, like the battles of World War I and II.

The countries that form today’s European Union contain 350 sites designated on UNESCO’s World Heritage List. Many of them are hugely popular tourist destinations, including the canals of Venice and Barcelona’s Gaudí-designed buildings.

But on September 15, UNESCO launched World Heritage Journeys Europe, an interactive website that seeks to spotlight the lesser-known UNESCO sites in Europe—and also make it easier for travelers to visit them in real life.

The new website features 34 heritage sites across 19 European countries divided into four categories: Ancient Europe, Romantic Europe, Royal Europe, and Underground Europe. As users click through photos and descriptions of the featured World Heritage sites, they’re provided with information about how and when to visit each. The platform also contains suggested itineraries—such as a train trip with Eurail through France, Portugal, and Spain—that outline how travelers can explore a range of the featured UNESCO sites within one journey.

According to UNESCO representatives, the initiative is part of an alliance between the cultural organization and National Geographic, cofunded by the EU. It’s intended to promote sustainable tourism by encouraging travelers to explore lesser-visited parts of Europe, beyond the continent’s major tourist hubs.

“Our goal is to change how people travel, staying longer in destinations, experiencing the local culture, and gaining a deeper knowledge,” says Mechtild Rössler, director of the World Heritage Center at UNESCO.

Here’s a peek at some of Europe’s lesser-known UNESCO sites you’ll find on the new platform.

Les Ferreres Aqueduct, built by the Romans to supply water to the ancient city.

✈ See all of UNESCO’s “Royal Europe” destinations at VisitWorldHeritage.com.

✈ See all of UNESCO’s “Romantic Europe” destinations at VisitWorldHeritage.com.

✈ See all of UNESCO’s “Underground Europe” destinations at VisitWorldHeritage.com.

>>Next: UNESCO Adds 20 New Sites to Its World Heritage List 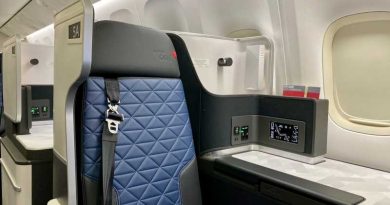 The inside scoop on invite-only Delta 360 Status

The 19 Best Trips to Take in Winter

Wellness Cruises Are Taking Over the Waters