The EU’s proposed “traffic light system” could be introduced in a matter of weeks for countries across Europe. The new system would use a colour-coding based on data provided by the European Centre for Disease Prevention and Control (ECDC). The new rules would mean that countries in the green-coloured zone would have a low number of cases.

Countries on the green list are those with fewer than 25 Covid cases per 100,000 people in a 14-day period, and the percentage of positive tests being below three percent.

Countries in the “amber” zone are those with fewer than 50 cases per 100,000 people and positivity rates at three percent or more.

People travelling from countries designated as red will still have to quarantine for 14 days or take a coronavirus test to prove they are negative.

Those countries in the “green” and “amber” zones will be free to cross borders. 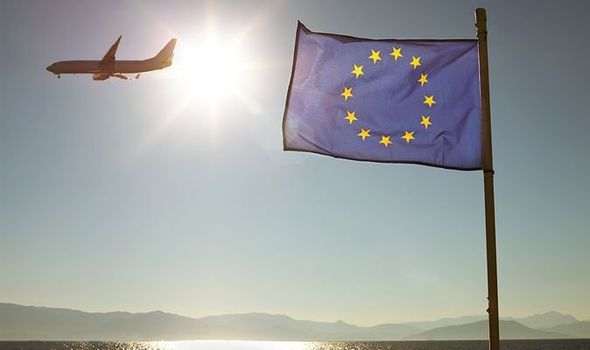 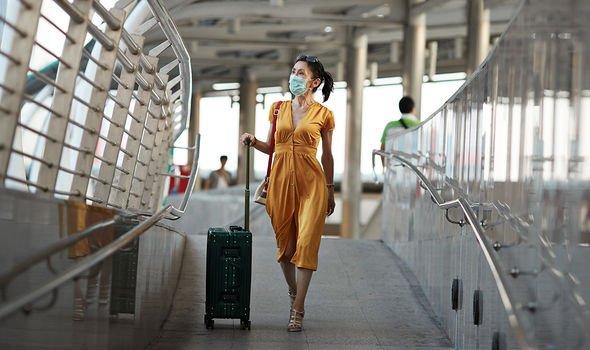 Under the new rules, and based on the latest figures, only three countries would actually be in the “green” zone.

This is according to data pooled by the ECDC and travel consultancy The PC Agency.

According to the EU’s proposed “traffic light system” Austria, Belgium, Croatia, Czech Republic, France, Hungary, Luxembourg, Netherlands, Romania and Spain would all be in the “red zone”.

DON’T MISS
Airport testing: Traveller reveals what the experience is like [INSIGHT]
Flights: Travel insiders reveal how to get a seat upgrade [UPDATE]
Pound to euro exchange rate: GBP sees first boost of the week [ANALYSIS]

While only three countries would be in the “green zone” which are Cyprus, Finland and Latvia.

It has been understood that the UK will not be signing up to the new system.

The UK is believed to be instead to assessing and implementing its own travel corridors and quarantine restrictions based on epidemiological data.

Paul Charles, CEO of The PC Agency posted a graphic on Twitter with how the “traffic light system” would look with yesterday’s Covid data.

He said on Twitter: “A sneak preview of what the @EU_Commission is planning – a weekly traffic lights system (based on ours) for EU states (not UK).

“Travel restrictions, such as #quarantine, would ONLY apply if you’re coming from a red zone. Due to launch mid-Oct.

“You get easy passage, except for perhaps filling in a Passenger Locator Form, if you come from an Orange/Green zone.

“Interestingly, if the UK applies the same rules as this system, then Greece, Denmark and Iceland would not be added to quarantine in the weekly review tonight.” 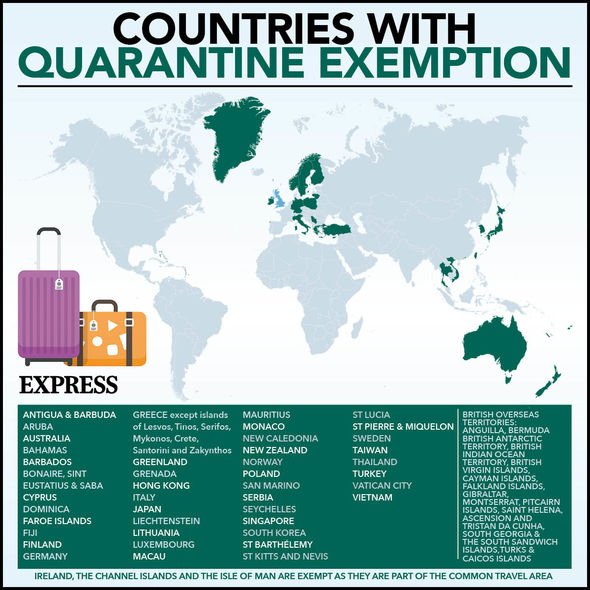 Today, Denmark, Iceland, Slovakia and the Caribbean island of Curacao were all removed from the government’s quarantine exemption list.

The 14-day self-isolation requirement for travellers arriving in the UK from any of those countries comes into force at 4am on Saturday.

The Department for Transport said the decision covers the whole of the UK and has been agreed with the devolved administrations.

No destinations were added to the government’s exemption list in today’s announcement.

Revealed: The world’s least (and most) touristy countries

Don’t tell me where I can vacation, OK, Mr. President?