Exclusive for MoS readers: See ‘The Waltz King’ Andre Rieu play in his home city – join the legendary violinist on his triumphant return to Maastricht

One of the greatest modern contributors to classical music, the man dubbed ‘The Waltz King’ performs in his home city of Maastricht each year – and you could delight in the unrivalled opportunity of seeing him live next July.

Delivering the experience of a lifetime, the three- and five-day packages allow you to enjoy some of the world’s finest music in a relaxing atmosphere. They also include guided tours of the delightful Dutch city. 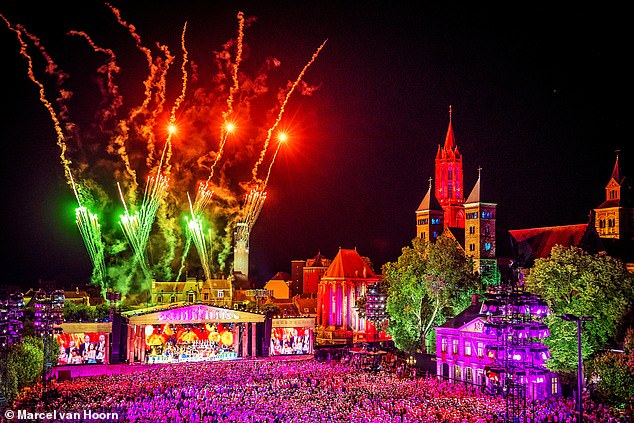 Why go to Maastricht?

As one of The Netherlands’ oldest cities, Maastricht exudes charm, with a new discovery waiting to be made at every corner. Explore the remains of Roman ruins on show in the Derlon Museum Cellar, admire buildings left by the city’s Spanish rulers in the 16th Century, take fascinating medieval city walks, and unravel a labyrinth of beguiling tunnels in this beautifully historic place.

Not only will you uncover the history of Maastricht, you will watch Andre Rieu perform in his home city. Every year, he attracts more than 700,000 fans to his concerts, making him one of the top-ten touring acts in the world.

His concerts in Maastricht in July are broadcast live in cinemas around the world and have been known for smashing box office records.

Championed in the world of classical music for his pioneering style of performance, Andre started playing the violin at the age of five, and plays a 1667 Stradivarius.

The record-breaking maestro boasts over 40-million worldwide sales – no wonder the musical sensation continually sells out tours all over Europe year after year. 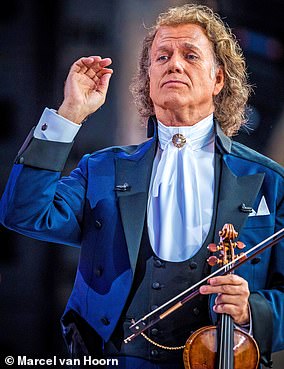 You will be joined by Andre Rieu (above)

TERMS AND CONDITIONS: *From price based on July 5, 2019 departure from London St Pancras or Ebbsfleet by Eurostar. Our travel partner, Newmarket Holidays, is ABTA-bonded and ATOL-protected. For full terms and conditions, go to www.mailtravel.co.uk/andrerieu.

‘Brexit boost’ for UK tourism proved a myth as £22.5bn deficit is revealed

Airline mask requirements: Check the policies for 11 US carriers

Camilla, Duchess of Cornwall: Prince Charles’ wife never travels without this one item