Expats in Spain are reportedly concerned about the unavailability of Leqvio after the NHS announced they would be offering it to eligible patients. The “landmark” collaboration will see those living with heart and circulatory diseases offered it as an add-on therapy for those patients whose cholesterol levels do not respond adequately to statins.

Earlier this week, the NHS announced they would be offering Leqvio in the UK.

Leqvio, which is a cholesterol-lowering medicine was approved for use last year by the EU last year.

However, according to euroweeklynews.com some expats are expressing concerns over when the drug will be offered in Spain.

It comes as the company behind Leqvio, Novartis, have recently moved manufacture of the medicine to Austria.

Novartis has agreed a deal with the NHS for Leqvio following the healthcare agency, NICE, approving the medicine.

The drug is set to treat over 300,000 patients at high risk of a cardiovascular incident over the next three years, according to the company.

And the medicine is part of a bigger campaign to tackle cardiovascular disease in the UK.

Around 7.6 million people in the UK are currently living with heart and circulatory diseases.

This in turn causes more than a quarter of all deaths recorded every year according to the British Heart Foundation.

“Cardiovascular disease has long been the number one cause of human mortality, and this intractable health issue requires a reimagining of how we treat heart health,” Novartis CEO Vas Narasimhan explained in a company news release.

“This pioneering collaboration with the NHS in England has the potential to spur a step-changing improvement in cardiovascular health across the UK,” he added.

NICE explained how Leqvio “works in a new way”.

“It is the first of a new type of cholesterol-lowering treatment which uses RNA interference (RNAi) to boost the liver’s ability to remove harmful cholesterol from the blood.”

As a fast-acting medicine that will be administered twice a year to target “bad cholesterol”, Leqvio is “ripe and ready” for a “population-health approach,” he added.

It is an add-on therapy for those patients whose cholesterol levels do not respond adequately to statins.

“Having faster and broader access to a medicine like Leqvio [whose chemical generic name is inclisiran] … is a hugely positive milestone in patient care,” said Kausik Ray, a Professor of Public Health at Imperial College London and Consultant at the Imperial College NHS Trust.

Those that are eligible for the drug will be offered it by the NHS.

But since the NHS has been given the green light, Britons living in Spain are concerned over when the medicine will be available to them. 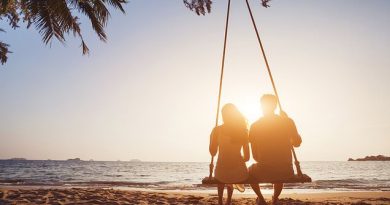 How Do Airplanes Get Painted? The Weeks-long Process, Explained